The month of October means that the haunting season has officially begun. It is officially the time of year for pumpkins, all things spooky and best of all horror movies. Whether you are a fan of Freddy Krueger, Michael Myers or Jason Voorhees… it is your season. However, if you are a fan of Friday the 13th, good tidings are certainly in your favor.

This year, not only is the never ending rights battle one step closer to being over, Friday fans can look forward to a brand new fan film for the series.

The film, called Vengeance, has recently been spreading hype across social media. One of the main reasons being, Director Jeremy Brown along with a fantastic writing staff and admin team are bringing a character to life that has escaped fans for so long. Elias Voorhees. Elias Voorhees, a character that many fans will recognize from the comics and novelizations, was depicted to be the father of Jason. In the comic series Jason vs Leatherface, Elias was shown to hate his son and frequently called him a monster.

All I have to say, is that the reunion of these two Jason’s is going to be incredible. Not only does the film contain two Jason’s, they are also bringing in someone from the Nightmare on Elm Street series. Mick Strawn will be joining the crew as the Production Designer! 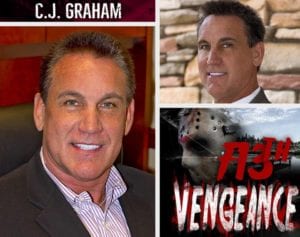 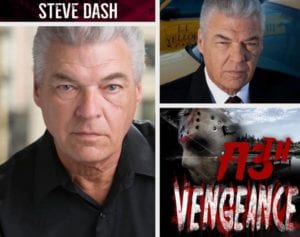 Below is the first official poster released for ‘Vengeance’, which depicting C.J Graham as the character of Elias Voorhees with the tagline ‘Father Knows Best’:

As mentioned before, once the team reaches their Kickstarter goals needed for filming, anything beyond is going to be donated to the Shriner’s Children’s Hospital burn victim ward- with a promise to match every dollar raised as well. CJ Graham will also be donating his entire salary for the film to the charity – which is absolutely inspirational and incredible.