Calling all Pacific Rim Uprising fans! In order to celebrate the film’s upcoming home release, Universal Pictures Home Entertainment has teamed up with DeviantArt to host a “Create Your Jaeger to Battle Kaiju in your HomeTown” global art contest!

This is your chance to get creative and show off your artistic chops. Universal is asking Pacific Rim Uprising fans to create their very own Jaeger and place it anywhere in their hometown, wherever in the world you might be. Whether it’s in your backyard, at a famous landmark in your city They want to see what your Jaeger would look like on your own home turf and, here’s the best part, you’ll be in the running to receive prizes for your entry!

First, Second, and Third Place winners will be chosen by Steven S. DeKnight, Director of Pacific Rim Uprising. DeKnight officially kicked off the contest during a recent Facebook Live interview with DeviantArt. Check it out:

For full, official contest rules and details on how to enter, visit the Pacific Rim Uprising Global Jaeger Contest Page. If you’re looking for a little inspiration or just want to see some of the totally cool entries received so far, check out DeviantArt. 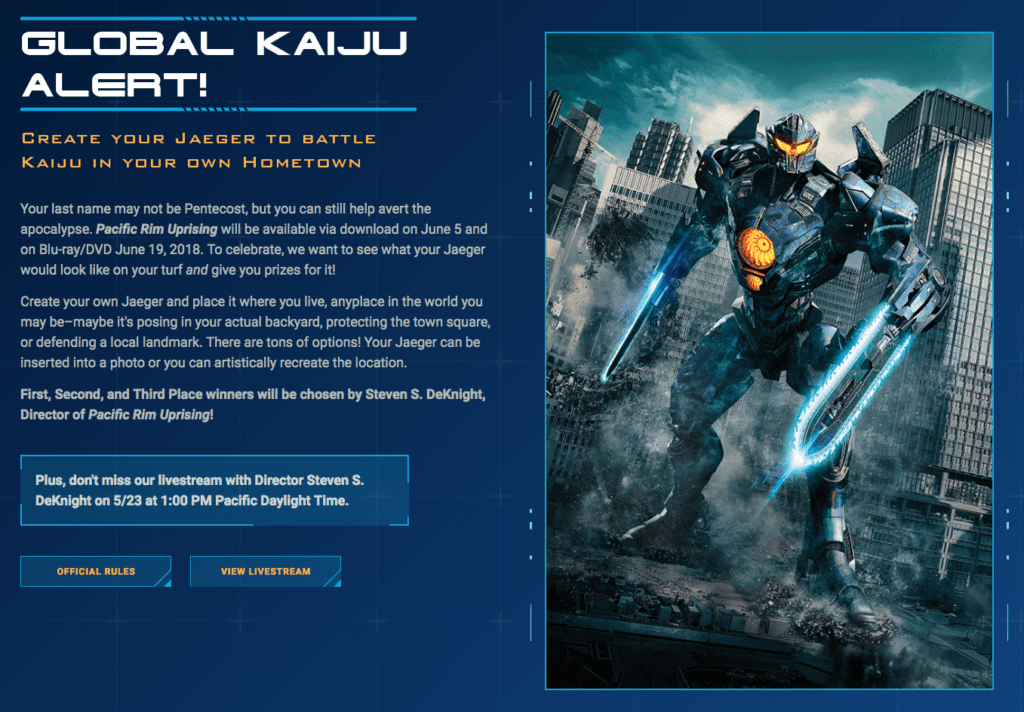 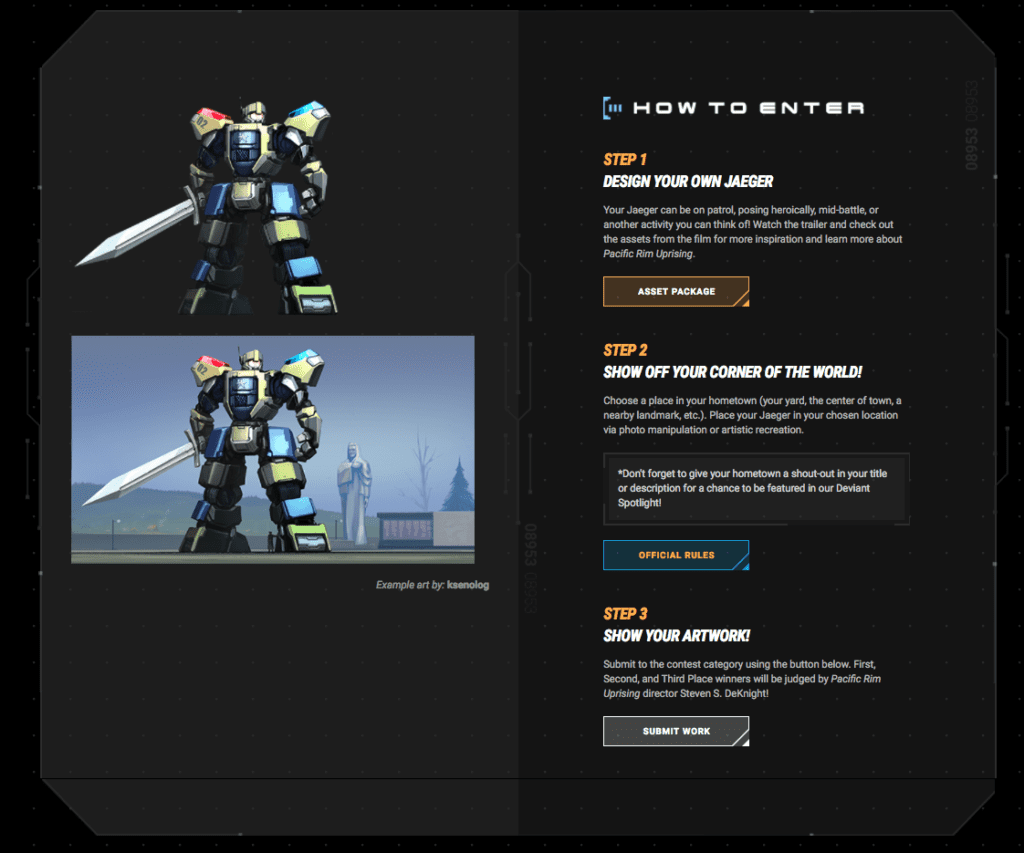