Mark Wahlberg seized the headlines back in 2018 when he revealed his insane daily regimen, one that involves getting up at 2.30 in the morning and working out twice, in between all of his other daily activities as an actor, producer, business owner, husband, and father.

He may have turned 50 years old this past summer, but the guy is still in phenomenal shape, even if he did recently pack on the pounds to get into character ahead of biopic Stu. Given his extensive background in the action genre, it’s no surprise that Wahlberg keeps himself in peak physical condition, so much so that Uncharted co-star Tom Holland was forced to up his game. 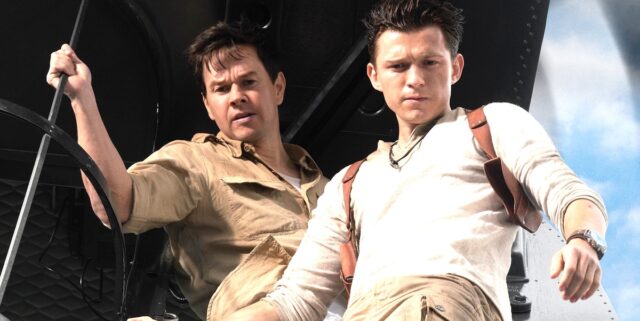 The Spider-Man star’s various shirtless selfies make it clear he’s hardly lacking when it comes to the bulk department, but Holland admitted during his recent GQ profile that he was forced to seriously up his game when he witnessed the sheer size of Wahlberg on the set of Sony’s video game adaptation.

“[He’s] an absolute unit. I saw him walk onto set in his costume and I was like, ‘F*ck, he is twice my size. After the [COVID] lockdown, we had five months off, and I just ate and trained and ate and trained.”

Never mind Wahlberg’s guns, it’s the mustache that Holland should have been more concerned about, but the young actor has openly admitted he picked up some tips from the former Marky Mark’s workout routine to get into the best shape possible ahead of bringing Nathan Drake to life in the hotly-anticipated Uncharted.