On Wednesday, the Green Bay Packers announced that former NFL tight end Tyrone Davis had passed away at the age of 50. Jerry Ratcliffe of JerryRatcliffe.com reported that an undisclosed illness was the cause of death. Davis’ funeral was held on Oct. 8.

After Davis’ death, Jeff said “Last night, the Lord opened up heaven and received my baby brother. This is definitely a tough one for me as this was very unexpected. ” On a Facebook post, he continued by saying that Tyrone had completed the ultimate touchdown catch.

Davis, who played college football at Virginia, was drafted by the New York Jets in 1995. He was traded to the Green Bay Packers in August 1997 and would be with the team for six seasons. His best season with the Packers was in 1998 when he caught 18 passes for 250 yards and seven touchdowns. Davis played in 75 games during his NFL career, catching 73 passes for 795 yards and 13 touchdowns. He also played in seven playoff games with the Packers, including Super Bowl XXXII. 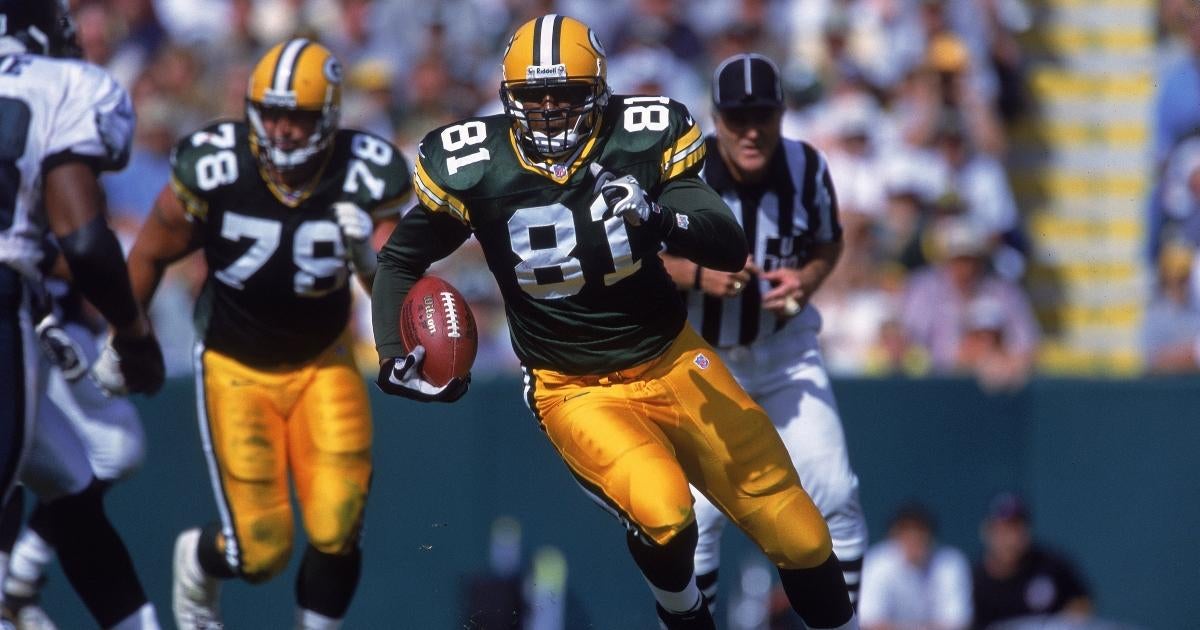 Davis, who is a former Virginia Cavaliers wide receiver, was at the top of his game in college. Davis caught 28 touchdown passes for the University of Virginia from 1991 to 1994, which was a school record at the time. He currently holds sixth place on the school’s receiving yardage list with 103 receptions for 2,153 yards. In 1991, Davis caught a 91-yard pass, which is still the fourth-longest reception in Cavaliers’ history.

Former teammate Chris Harrison was shocked to receive a text from Carl Smith on Monday informing him that Tyrone had passed away. “I hadn’t seen him this season, but was looking forward to seeing him this weekend because we are all getting together to honor James Farrior.” Harrison told JerryRatcliffe.com.

“He lost a bunch of weight at one point, then put it back on, and I know he had some kidney problems, so I was really worried about him during the pandemic,” Curry said. “I was super relieved that he was OK, but when he came to the Richmond game, he tried to talk up to sit with us about 25 rows up, but he couldn’t make it up the stairs. We went back down to the tunnel (field level) and they looked after him. He actually watched the game from the tunnel by the locker room. It was so sad because he was such an incredibly awesome human being.”