According to The Dish, Universal Pictures and Amblin Entertainment are currently in talks with possible directors for Twisters–the sequel to the 1996 cult-classic starring Bill Paxton and Helen Hunt. What’s more interesting is that it was Steven Spielberg’s passion for the script by Mark L. Smith (The Revenant) that brought in Amblin and helped put Twisters on the fast track to production in 2023.

The directors named in Deadline‘s report who are being considered for the project include Jimmy Chin and Elizabeth Chai Vaserhelyi, who won an Oscar for their sports documentary Free Solo. Also mentioned is Dan Trachtenberg, whose recent work Prey has received much praise this year. Travis Knight of Laika is also on the list; he made the transition from animation to live-action blockbusters with 2018’s Bumblebee. 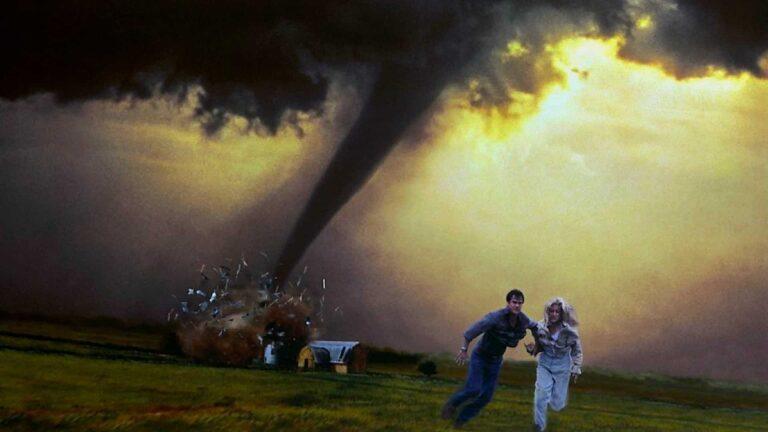 In conclusion, the lineup of directors is impressive and they could definitely deliver an entertaining story that would appeal to Steven Spielberg.

The original Twister was co-written by Michael Crichton and produced by Kathleen Kennedy. Jan de Bont, who directed Speed two years prior to directing Twister, created this spectacle of a blockbuster that influenced many movie-making trends such as CGI post-production (completed by Industrial Light & Magic). It grossed $494.5 million globally, making it the second highest earning film in 1996.

The following is a synopsis of the film’s plot, courtesy of IMDb:

The year is 1969 As thunderstorms roll across Oklahoma county, a young girl named Jo and her family are getting ready for bed. However, her father is watching a tornado warning on television. The television says that the tornado might be an F5, which is the strongest classification. 27 years later, Jo is now a storm scientist. She’s trying to develop a tornado warning system with her soon-to-be husband, Bill Harding. Though they keep trying, their team keeps failing and seeing an unfortunate amount of damage and death. One day, they find themselves in the path of destruction of a large F5 tornado. Will they be able to launch their test equipment before the deadly storm hits?

Twisters is set to begin production in 2023.