They may be older, but Twilight fans haven’t lost their desire to consume any new matieral on the Bella and Edward Universe. Stephenie Meyer’s Midnight Sun (a companion novel to  Twilight) has sold more than one million copies in its first week of sales in North America.

“We’re absolutely thrilled to bring people back to The Twilight Saga world and to celebrate this major achievement with Stephenie and the fans and booksellers who’ve supported her for the last fifteen years,” said Megan Tingley, Executive Vice President and Publisher of Little, Brown Books for Young Readers in a statement. “In addition to the breathtaking sales, it is profoundly gratifying to hear how much the fans are loving the novel. The resounding response to the read has been ‘it was definitely worth the wait!’” 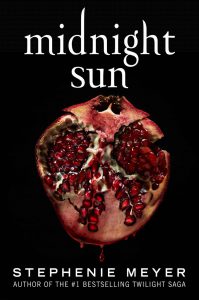 The novel is currently No. 1 on USA Today’s Best-Selling Books List as well as on The New York Times’s Children’s Series List. While the original book was told from the point of view of Bella, this version takes readers inside the mind of her vampire boyfriend, Edward.

Feel like you’re missing out on the Twilight hype? Midnight Sun is available on Amazon.com now!