In a recent interview, Trina McGee revealed why she was absent from the final episode of “Boy Meets World”

During the late 1990s, Angela Moore spoke on “Pod Meets World” regarding how she was requested to “turn down” her “Black meter” while appearing on the sitcom when she was a child.

“This is some ground we have not covered. I was told, in kind of a weird, off-handed way by a very important person, that you guys all went to [showrunner] Michael Jacobs, and you said, ‘We don’t want her in the last episode. She’s somehow taking our light.’ [That] was the gist of it,” McGee said.

Trina McGee, who played Topanga’s best friend Angela on “Boy Meets World” believed that the show’s writers did not want her in the series finale. 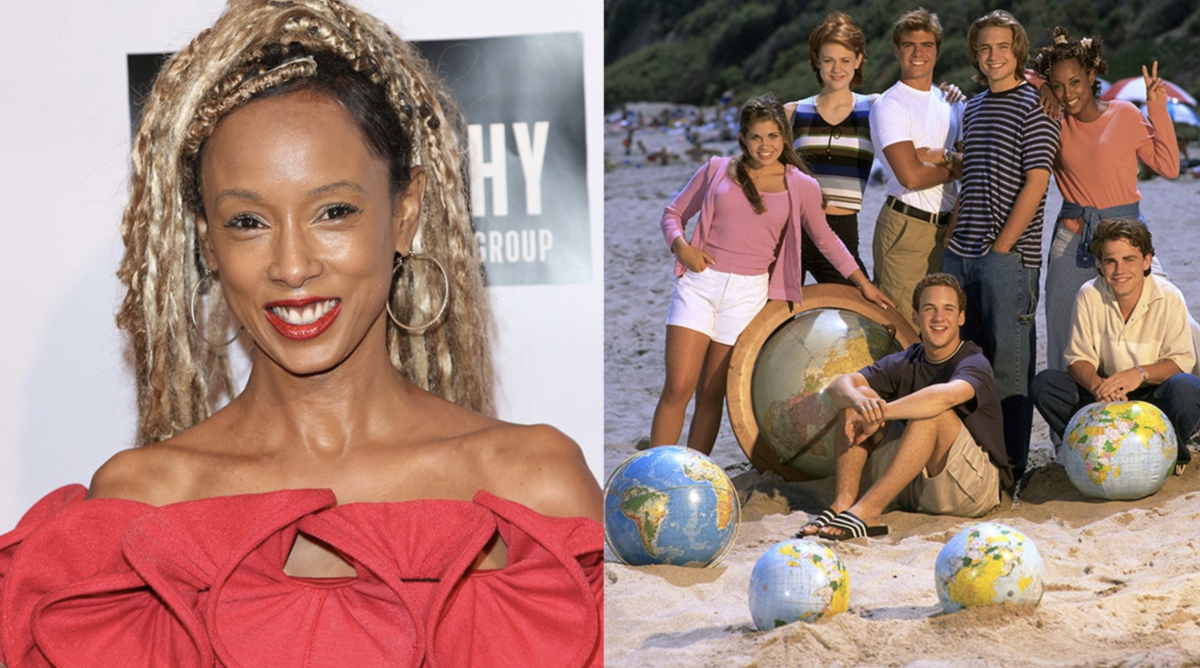 22 years ago, Rider Strong (Shawn Hunter), Will Friedle (Eric Matthews), and Danielle Fishel (Topanaga Lawrence) never would’ve expected such words from McGee. They were shocked by her comments and felt terrible that she didn’t say anything back when the show was airing.

“I remember after we taped the show, I had said to a person, ‘Why aren’t we on the last show?’ Because I know the last show was going to be the one with the ratings and the crying and all the stuff. I was under the impression that y’all got together and did not want me in the last show, for some reason I was going to take some shine or something to that effect,” McGee said.

She continued: “That was really hurtful to me for a long time. To make it worse, people of color tend to look into things a little harder sometimes. So I had cousins calling me, saying, ‘How come you weren’t in the last episode? They just gave you that whole show so that you’d be distracted and wouldn’t be in the show with the real ratings?’ Several of my cousins, my family members were telling me this. … I have honestly had that in my head for 20 years.”

Friedle was not convinced by the claim.

“Can we say for the record, Trina, that never happened,” so he said. “That’s not competitiveness — that’s sociopathy. This pisses me off. This is next level.”

McGee replied, “I believe you. I can tell by your reactions. I have had that in my head for so long, and I’ve never watched that show. I’ve always felt like, ugh. … That hurt me a long time.”

In May 2000, the series finale of “Boy Meets World” aired. Throughout the show, McGee’s character dateed Strong’s character.

McGee brought up an op-ed during the podcast in which she had written that the showrunners did not address the fact that their characters were in an interracial relationship.

She began her career in 1990 as Angie McGee, appearing on shows with a mostly black cast: “A Different World,” “Martin” and “Family Matters.”

“Coming from Black sitcoms, I always had to have like a Black meter. … My Black meter was probably down to a two. I remember when I was doing ‘Angela’s Ashes’ episode, somehow my Black meter had slipped up, and I was at about a 9. Michael came over to me, and his note was, ‘Hey Trina, just turn down the Telma Hopkins about eight notches,'” she said, noting that the producer was referencing a character from “Family Matters.”

“I knew exactly what he was talking about, and I did. There are so many things you guys are so lucky you didn’t have to think about.”

McGee apologized to Friedle years ago in a long email, but the stars are only now talking about the “changed his life” incident publicly.

Before he made his comment, Friedle saw McGee come out of a dressing room wearing a red headscarf.

“In my head, I attached no cultural significance to that whatsoever. I saw a person who I thought was my friend but didn’t know very well, wearing a big, red hat. That’s all I saw,” Friedle shared.

“I was like, ‘You’re part of the cast, so that means I’m gonna make fun of you the same way I make fun [of others].’ I thought, ‘Gonna make fun of her red hat.’ That’s as far as my dumbass, privileged mind saw. So right before I walked on for my part, I walked by and went, ‘Love your syrup,’ and walked on to the set, thinking, ‘Boom, zing! Just got her for her hat,’” he continued.

After filming the scene, McGee went up to Friedle and told him that his reference to Aunt Jemima was not acceptable.

“I remember saying to you, ‘I assumed that was like you calling me the jolly green giant.’ You were like, ‘No, that’s not the same thing at all,’” he added

He continued: “It literally changed my life.”

Friedle reflected on the moment, stating that one can’t just say things for the sake of being funny without considering how it might affect others.