Paramount Pictures has really been active pushing the release of all these new clips and posters for their upcoming summer blockbuster, Transformers: The Last Knight. As a PR Major, I have to say that their marketing campaign has been quite fantastic. Their primary focus has been displaying how these warriors from Cybertron have played a huge part in Earths history.

I am highly interested to see how they are planning on incorporating the Transformers into some of Earth’s more historic events and locations. In a new poster that was released yesterday, we see a photo in which our beloved Bumblebee is at war with the Nazi’s.

Check out the poster below: 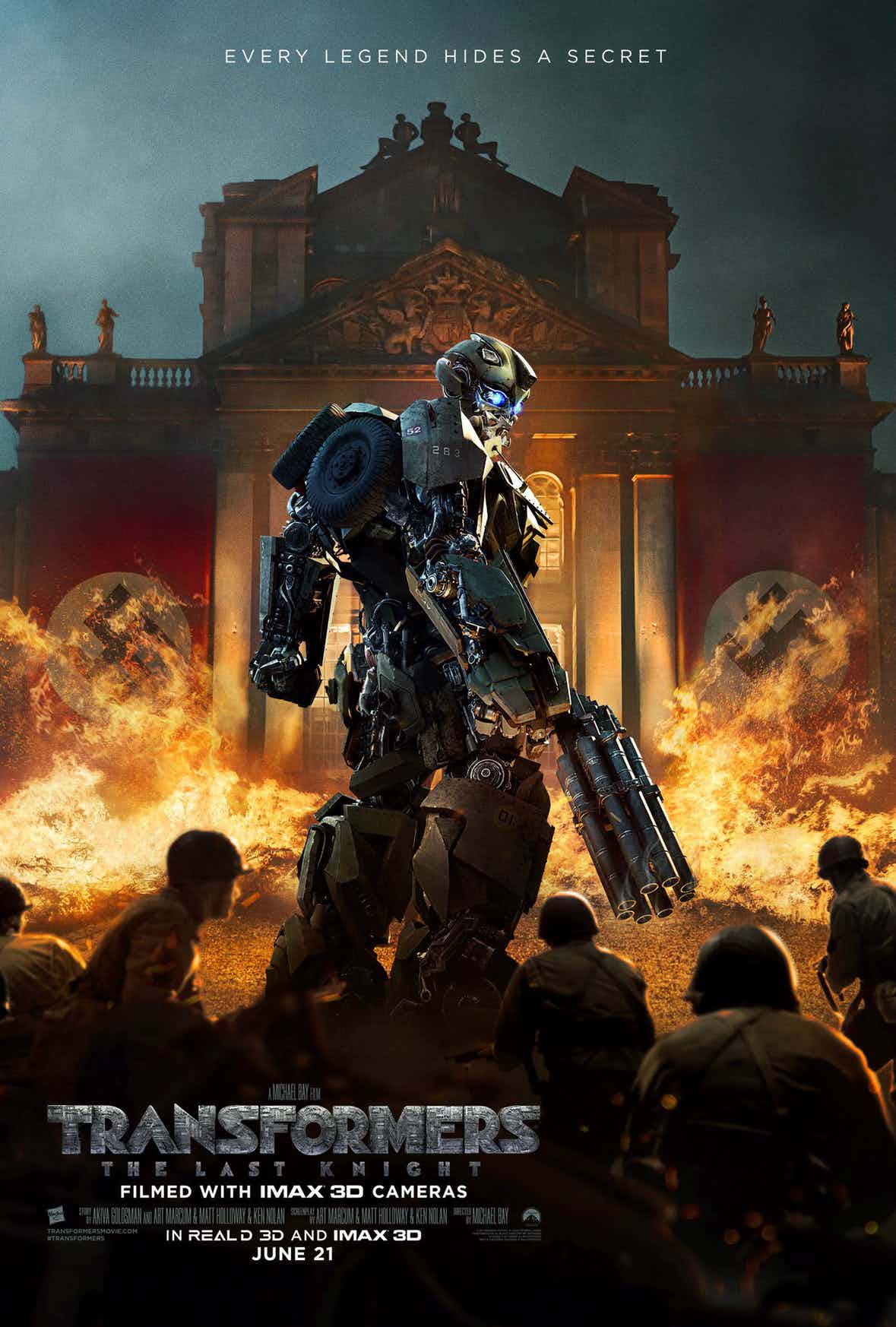 Humans and Transformers are at war, Optimus Prime is gone. The key to saving our future lies buried in the secrets of the past, in the hidden history of Transformers on Earth. Saving our world falls upon the shoulders of an unlikely alliance: Cade Yeager (Mark Wahlberg); Bumblebee; an English Lord (Sir Anthony Hopkins); and an Oxford Professor (Laura Haddock).

There comes a moment in everyone’s life when we are called upon to make a difference. In Transformers: The Last Knight, the hunted will become heroes. Heroes will become villains. Only one world will survive: theirs, or ours.

Pretty cool, am I right? Then again, I am a pretty big WW II buff in addition to being a Transformers fan, so this poster has definitely made my night!

Transformers: The Last Knight will arrive in theaters on June 21, 2017.