The Autobots are rolling out! Well, at least ‘sneak peek’ photos of them from the upcoming Transformers: The Last Knight are!

Hound, the rowdy Autobot who made his cinematic debut in Transformers: Age of Extinction (voiced by John Goodman), is officially returning for Transformers: The Last Knight. Earlier today, director Michael Bay shared promotional artwork showing off the new and improved Hound robot-mode. 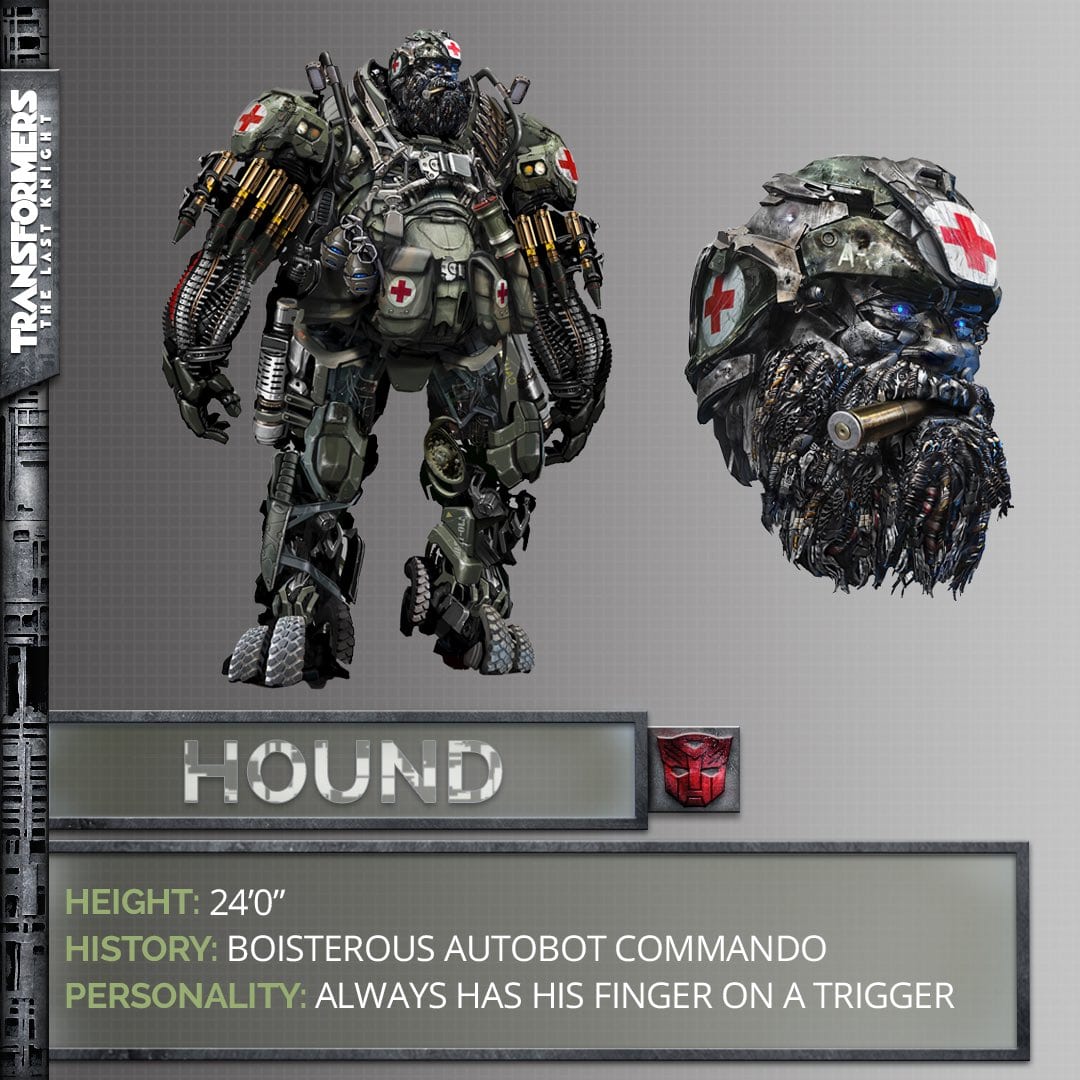 Two major difference you may notice in the newly designed Autobot is that he’s now sporting Red Cross emblems, indicating the boisterous warrior has become a medical officer in the interim. Also, Hound’s vehicle mode was a Oshkosh tactical defense vehicle in Age of Extinction, but in the upcoming film, he’ll transform into a Mercedes-Benz Unimog.

The cast of Transformers: The Last Knight will feature returning cast member Mark Wahlberg as Cade Yeager and Josh Duhamel as Lieutenant Colonel William Lennix. Tyrese Gibson will also be returning as Robert Epps.  Peter Cullen will, of course, be returning as the iconic voice of Optimus Prime.

Who else is stoked for this film!?

Home » Movies » ‘Transformers’: The Autobots are Rolling Out!!