Disney / Pixar have released the first official full-length trailer for Toy Story 4 and to say that we’re excited is a bit of an understatement. Previously Disney had only released a short teaser featuring new characters in an amusement park which gave no hint at what the overarching story would be.

The trailer features the return of Woody, Buzz, and other favorites including the triumphant return of Bo Peep after her absence in the third film. The story centers around Bonnie’s new handmade toy, crafted lovingly out of a spork, appropriately named Forky. Once Forky realizes that he was not meant to be a toy, but rather an eating utensil, he takes off, leaving Woody to find him and bring him back to Bonnie.

Woody runs into Bo Peep in what appears to be an old thrift store. There he also meets Gabby which, I can only assume, might be this movie’s antagonist.

After the perfect ending to Toy Story 3, I’ll admit that I was hesitant to accept a new Toy Story film, but after watching this trailer – I was once again reminded that the Toy Story franchise is in the capable hands of Pixar, who knows exactly what they are doing. These films are made for the young and the young at heart, and this film in particular seems to be pulling at the heart strings of those of us who grew up with the Toy Story franchise. Toy Story 4 will be released on June 21st, 2019.

You can check out the trailer, new poster and a few screenshots below: 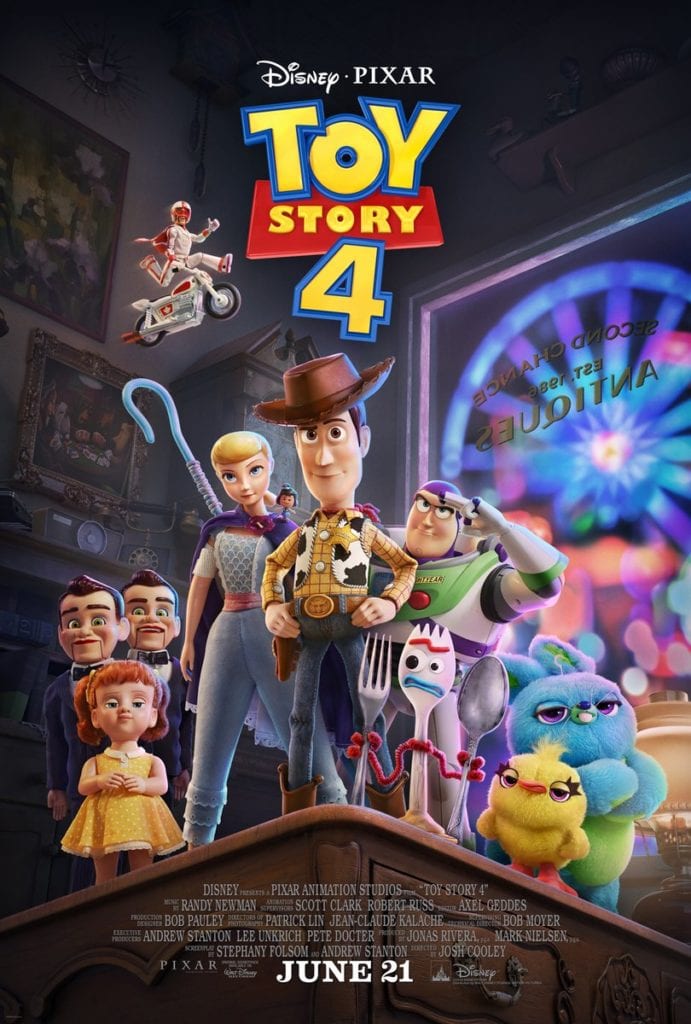 Are you excited for Toy Story 4? Let us know in the comments!