In recent years, the quality of Video Games and the stories they tell have truly exploded. From revealing immersive worlds to new ways to live our favorite stories, video game trailers are getting almost as much hype as movie trailers. This brings us to the Electronic Entertainment Expo (aka E3), which is like the San Diego Comic Con of video games – and yet so much more!

We don’t just learn about an upcoming project, but also learn how WE will interact with this project. Will there be an open world? Will the Battle Systems be turn based or real time? Will we ever see cross-platform play? There’s so much we want to see and learn, but here are the Top 5 Video Games We Want To See & Learn More About At E3 2017.

Name 5 good Superhero video games without using the words Arkham or LEGO…. Not that easy huh? Superhero video games have always been tough. They’re either interesting but restricted to purely 1 v 1 fights (ie: the Injustice series), lackluster cash grabs (ie: any film based video game) or so appalling we collectively pretend they never happened (ie: superman 64). Though this might all change with the release of Marvel’s Avengers title.

Marvel is working with Square Enix and Crystal Dynaimcs to create and original Avengers storyline that will “introduce a universe gamers can play for years to come”. The only problem is, the trailer doesn’t tell us what kind of game it will be. Will it be nothing more than a Dissidia-style fighting game with some outside cinematic; OR will we get a massive Final Fantasy/ Tomb Raider-style open-world adventure game? I am equal parts ready to cheer and ready to role my eyes…

We first saw the God of War (4) Trailer last year at E3, and we could certainly go for another hit. There’s so much we still want to know about this new direction and mythology. How did Kratos survive? Where’d his son come from? Will this tale actually initiate the son as the new God of War and see the death of Kratos? There’s so much more we want to see of this game and with it being a year since our last big update, we’d at least like an update. Though to be fair, this isn’t the biggest “GIVE US AN UPDATE ALREADY!!!!!” item on this list. 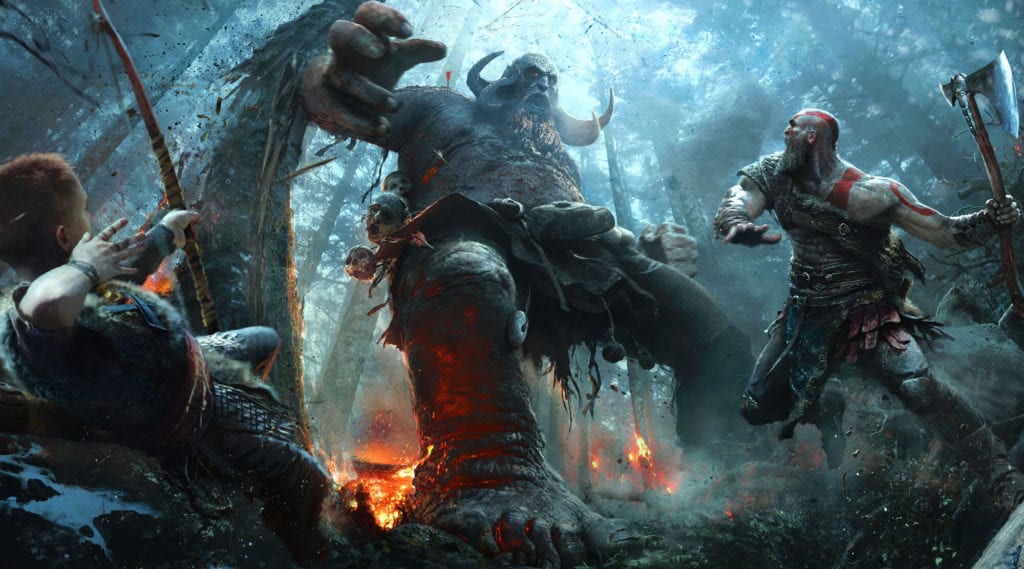 It’s been a while since we’ve seen an Assassin’s Creed game, which isn’t necessarily a bad thing. The past few years have been flooded with Assassins Creed games that despite looking cool, somehow missed the mark. Unity was too glitchy and Syndicate just felt like more of the same. Well after a year off, it seems Ubisoft is back to the drawing board and if the rumors are true, they might have actually done it this time with the rumored Assassins Creed Origins. After years of fans begging for Ancient Egypt, it looks like Assassins Creed Origins might actually give that to us.

A screenshot appeared online which shows what appears to be an armored man sailing along the Nile on an assassination mission. Not much is known about this game but the image gives off a very Black Flag feel, which is good since Black Flag offered the series a major boost with its exotic new locale and sailing mechanic. I may not have enjoyed playing the last installment, but I still have faith in Ubisoft and look forward to learning what they have in store for us!

It happens every year, so just tell us already. WHAT POKEMON GAME IS COMING?!?!?! Will we finally get the remakes of Gen 4 Diamond and Pearl? Will we get Pokemon Stars – the Nintendo Switch version of Pokemon Sun & Moon? Will we get a completely different Pokemon game? There’s been evidence for each and quite frankly the wait is killing me. Also, would the presence of a Switch game mean no more games for the 3DS? Personally, I’m hoping for a game closer to Omega Ruby/ Alpha Sapphire style than the Sun/ Moon style, but any news is good news at this point. Also, there’s SO MANY Pokemon Stars hints that I’d be surprised if it wasn’t happening. Then again, remember Pokemon Z…

Almost a decade ago, we were teased with a remade Final Fantasy 7, but it turned out to be nothing more than a test of the new Playstation graphics system. Then 2 years ago, we finally got word on a Remake. Then we got a trailer for the game later that same year and it sent shivers down our spine. Then……. NOTHIING!!!!!! Where’s the news Square Enix? Where’s the new trailer? Where’s the gameplay footage? We’re suffering from withdrawal here and we need something substantial! Please don’t make us beg. You’re already holding on tightly to Kingdom Hearts 3 details. Not this too. Give us something!!!!!!

But what games would you like to see at E3? Was there something I missed? Sound off below!