It’s been a few months since we first got official word on Assassins Creed: Origins; and whereas there’s been some shaky entries in the past, AC: Origins *knock on wood* looks like an exciting new take on a 10 year old series. So what can we expect when the game is released October 27th?

Here are 5 reasons why you should be (hesitantly) optimistic about this game!

NPCs are a common aspect of all video games. Day or night, rain or shine, mechapocalypse or average Tuesday, they can always be found sitting in the same place ready to say the same line of dialogue. Geez, don’t they have lives of their own? Well in Assassins Creed: Origins they will! In fact, everyone and everything will.

Unlike past installments that focused purely on combat AI, AC: Origins has a completely revamped AI system that will affect everything from villagers and wildlife to even bosses! Villagers will wander around and locations will change – for better or worse – as you progress through the game. The animals of the wild will interact as lions and other predators hunt. Soldiers will guard, tax collectors will tax collect, and everyone will find time to get some much-needed sleep. This will be a truly living and breathing world and everyone plays by these rules, even some sub bosses.

In one such side mission (seen above), you’ll eventually come across the leader of a group of thieves. You can go out and track him down, or wait for him to return to the safety of his base. OR you could accidently run into him before you even start the mission if you happen to wander into his thieving route. This might add some difficulty to the game, but it also makes this the most lifelike Assassins Creed title yet!

At a certain point, enemies in Assassins Creed just aren’t that threatening. In a game series that is all about “Assassination”, even the most menacing of enemies can be undone with a one-hit-kill. The first time we saw anything close to a boss battle was Ezio’s battle with Cesare in Assassins Creed: Brotherhood and it hasn’t changed much since. Perform a certain number of ‘hidden blade’ or counter-strikes and the victory is yours. Well things are about to get a little different this time around as AC: Origins will actually present bosses to defeat.

I already spoke of one boss in the last section, but there’s plenty more where he came from. The trailer even seems to hint at some very unique bosses like gladiators and…. Giant snakes? (probably a hallucination/ after effect of a Piece of Eden). Now I’m not expecting a larger than life boss like Dark Souls, but the introduction of actual boss fights that require strategy is a great addition. And who knows, Ubisoft is always coming up with new IPs and sharing ideas (ie: Watchdogs borrowed a lot from the Assassins Creed series). If done correctly, maybe Ubisoft might start a fantasy game with large boss battles – and super powers like they toyed with in the Tyranny of King Washington DLC for ACIII. 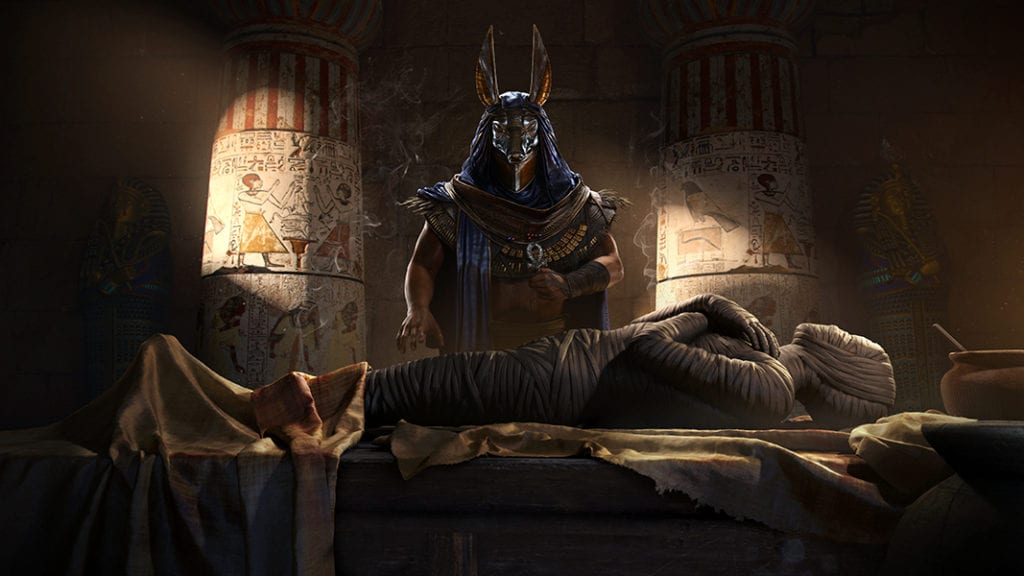 One of the most noticeable changes for this game is the loss of the mini-map and “Eagle Vision” in favor of an actual bird’s eye view EAGLE vision. No more highlighting characters and seeing if they’re friend, foe or objective. No more seeing red dots pop up all over your mini-map ahead of you. Instead you’ll gain a bird’s eye view of everything going on and can tag things you’d like to investigate further. On one hand, this is a HUGE change to core gameplay, but considering the changes to combat (which I’ll get to in the next section) and everything else; it might not be a bad thing.

AC: Unity and Syndicate introduced some nice new mechanics, but still felt way too repetitive. I actually put Syndicate down not long after the second missions. The locales made me think of AC: Brotherhood, but the slight gameplay changes made it feel awkward. Perhaps a completely brand new location and gameplay style – along with the same engaging story/ universe – will get us hooked again. It worked for AC: Black Flag with the Caribbean and that remains one of the most beautiful AC games to date! Perhaps AC: Origins is that “something new” we’ve been waiting for.

As I mentioned before, when you keep series staples and only make slight tweaks, sometimes the end result is awkward. Assassins Creed has always been an Action/ Stealth game but now it makes the ‘leap of faith’ into Action RPG. This won’t just affect how combat is handled but also how you’ll level up. Will you grow to become a better close ranger fighter? Will you prefer ranged combat? Will you enhance your animal skills and sick lions on your enemies? Investing is a skill tree is something Assassins Creed has dabbled with recently, but this time they’re opening the floodgates and going full RPG.

It’s not just where you spend your skill points, but also how you upgrade and swap out your weapons as AC: Origins will feature a true RPG loot system. In other words, you know how games like Dark Souls and Destiny drop weapons that can be upgraded and/or have different attack values. Well so too will AC: Origins as you’ll be able to find weapons and items of varying rarity and power that you can upgrade throughout your journey. And this of course drastically affects the combat system as now weapons give off set damage numbers. This means a “stealth kill” isn’t necessarily a 1-Hit-KO anymore, but rather does set “stealth damage” based on your level and your opponents level. Additionally, aiming with your bow will signal when your lining up a head shot for extra damage.

Finally, you’ll also have to get adept at learning which weapons counter which best. There are various types of shields that provide different defenses against different weapon types, and often times you’ll have to break someone’s defense or quickly dash around it. Though all the while, you’ll be building up your Adrenaline meter, which can unleash either a flurry of strikes or one massive hit. This is certainly the most amount of effort we’ve ever had to put into fighting in an Assassins Creed game, but compared to the usual Counter/ Kill / Chain combat system, it’ll be nice to actually have a genuine challenge that you have to prepare for. 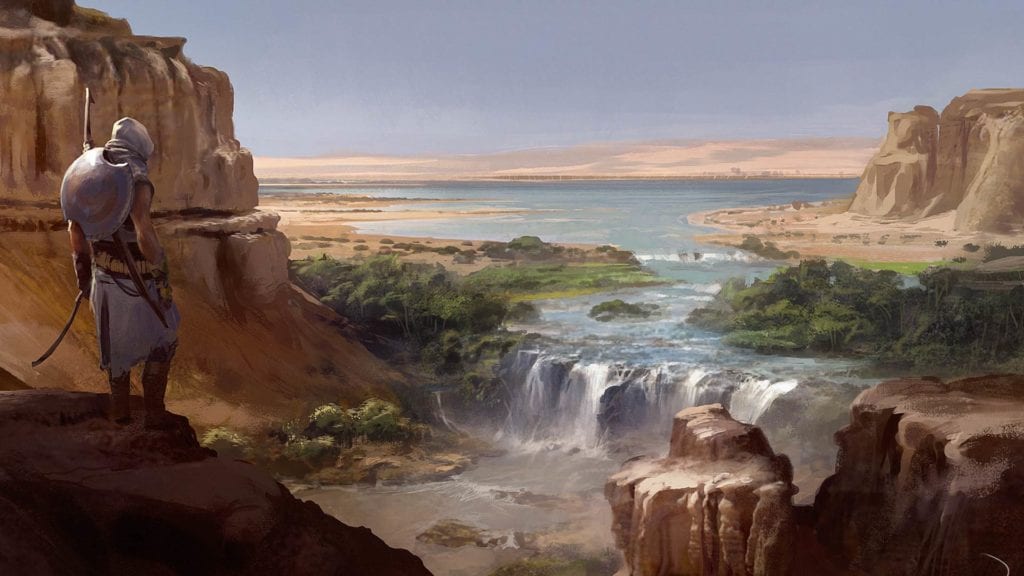 Finally, it’s been a while since Assassins Creed has given us a true open world environment. Sure city parkour is fun, but where’s the wilderness and open seas? Where’s the lush jungles and mountain ranges to conquer? The last time we saw that was in Assassins Creed: Rogue, but even then it paled in comparison to the true open world AC title, Black Flag. AC: Origins might not give us the Caribbean, but it will give us the beautifully diverse land of Egypt. From ancient cities to sprawling desserts, lush oases to ports, AC: Origins map is just as big as AC: Black Flag’s Caribbean map and the locations are just as diverse and breathtaking!

Also like AC: Black Flag, mother nature will play a vital role as you not only try to deal with the local wildlife but also the local weather. Instead of waterspouts and rogue waves, you’ll have to watch out for approaching sandstorms that’ll suppress even your most sharpened of senses!

But what are you most excited for? Do you think this is the fresh start the series needs? Sound off in the comments!