Dr. K was such an impactful character in the pilot episode. He was the one who gave Jack the push that he needed that led him to finding Randall. So, it was a nice surprise to have him back on our screens during the episode that flashed back to the day the triplets were all born. Viewers were given a glimpse into the life of the surgeon who changed the lives of the Pearson family and it was pretty dark. He was still grieving the death of his wife, unable to let go. However, after giving his advice to Jack, Dr. K went to his wife’s grave and finally begins to start moving forward with his life. 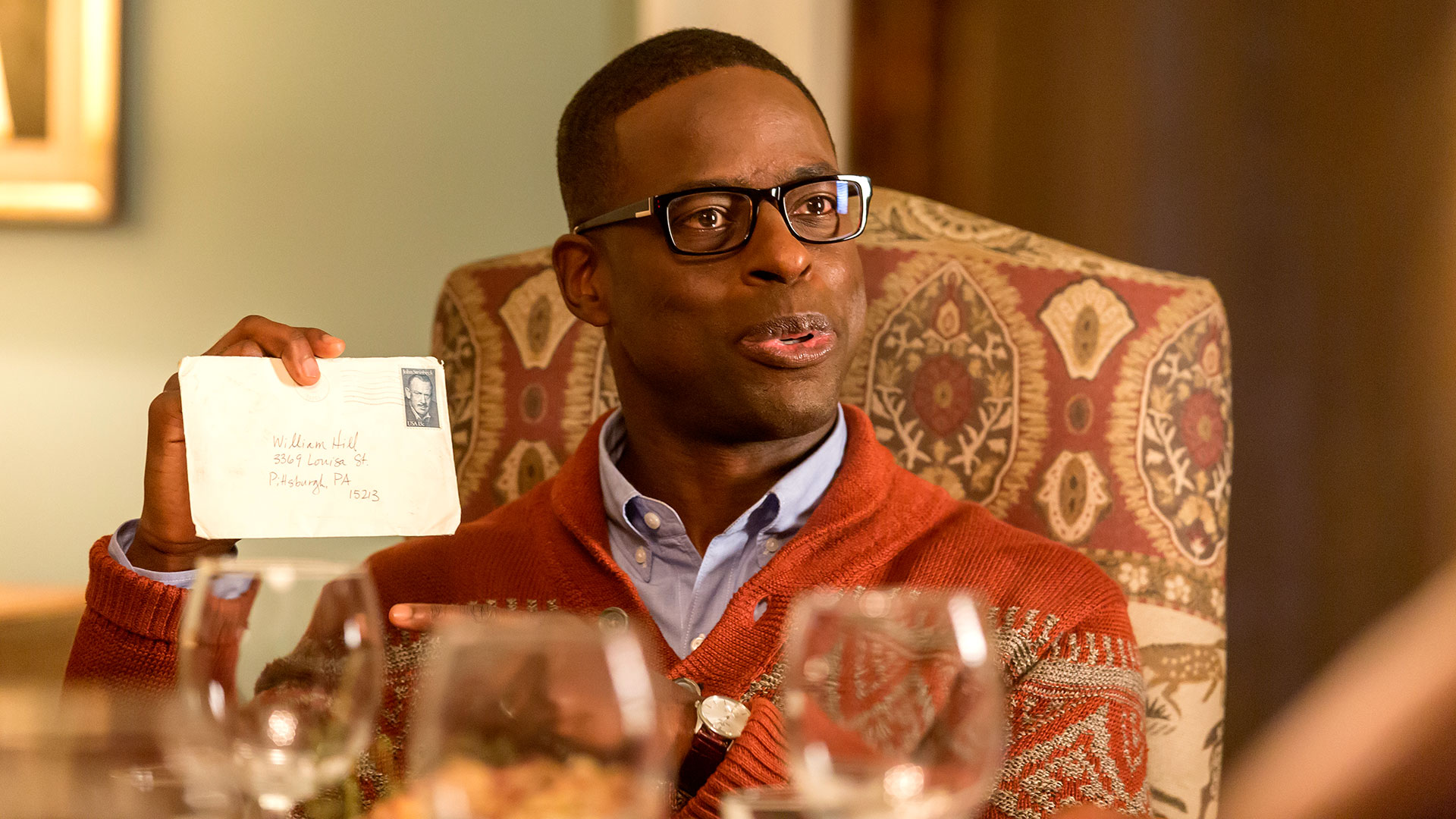 Watching both the present day story of Randall rushing to learn everything there is about his father William in such a short amount of time and the past story where he is struggling to find his identity is extremely poignant and heart wrenching to begin with. So, when Randall finds the letter Rebecca wrote to William telling him that he will not be able to be part of Randall’s life completely shatters his world. To discover that his own mother’s insecurities took away the one thing that he always wanted really pushed Randall too far. He confronts her at Thanksgiving dinner and you can feel all of his emotions right alongside him. 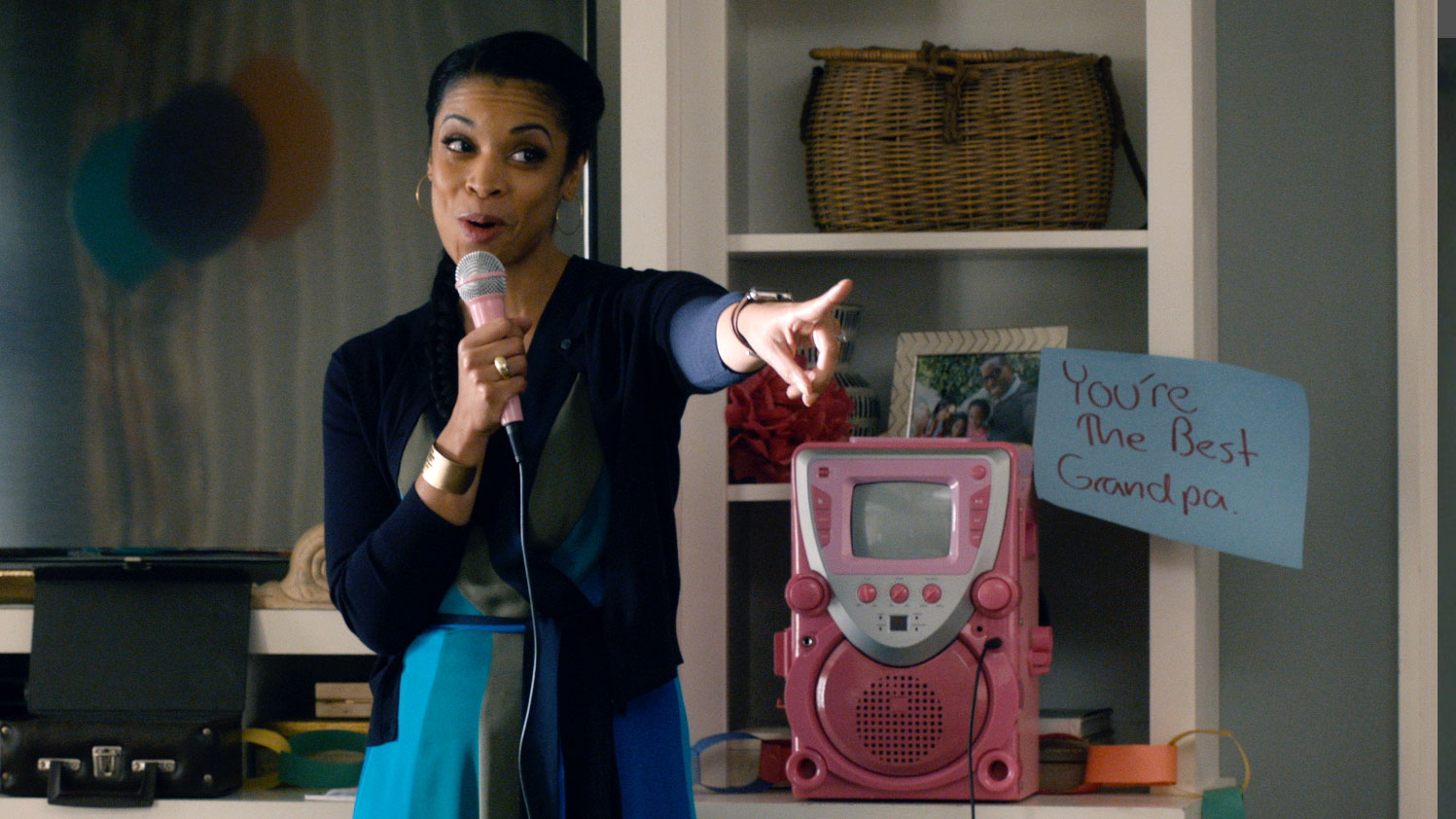 Beth and William had a really special relationship. She was the one responsible for all of his medications, but also the one who spent almost every day with him at home. So, when William passed away a lot of the grief was focused on Randall, but Beth was also struggling. Randall realized this and told her to take his place giving the eulogy and she did such a beautiful job it was impossible to not cry with her. “We’ll remember things as Before William and After William.” All season long we watched Kate struggle with the death of her father and how that has affected her emotionally and physically, and as much as Toby tried no one could really crack that barrier. Until one day at her weight loss camp, she finally opens up to how impactful his death was and just completely lets it all out right in the middle of her class. Viewers got to see Jack’s funeral, which placed the kids in their late teens, all while Kate is finally realizing that this is what has been holding her back in both love and her weight loss journey. 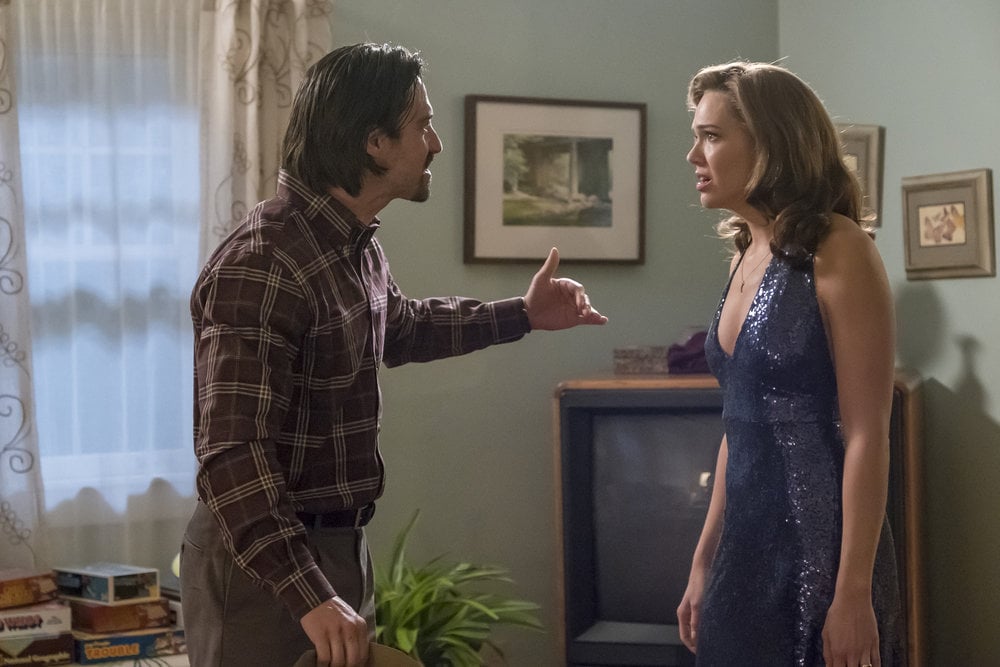 Viewers watched as cracks began to form in Jack and Rebecca’s marriage. It all came crashing down in the season 1 finale when Rebecca had to leaver her singing gig to bring a drunk Jack home (something he was supposed to have given up all together). This led to an enormous fight where a lot of nasty things were said and a lot of truths finally came to a head. Even Jack’s sweet speech about all of the reasons he loved Rebecca could help the situation. The two decided to spend some time apart and viewers everywhere broke in half too.

This was the final montage before the show’s winter hiatus. It had the whole Pearson clan together celebrating Christmas. In the present day everyone had found some sense of peace throughout the episode. Kevin and Sloane decided to put on her play by themselves. Randall started to make some progress with Rebecca after finding out about her betrayal. William had reconnected with a past lover. So, when Toby surprised Kate saying that he is willing to give up anything to be with her it seemed that the Pearson mantra of “nothing bad happens on Christmas Eve” was going to come true. Then Toby collapses of a heart attack and we were left with a tearful cliffhanger!

4. Jack and Randall’s Push Up Scene

Randall loved his adoptive parents, but that never stopped him from wanting to find his real father. So, even though it was tough for him to accept, Jack realized that Randall needed some black male role models in his life. That led them to a karate class with an emotional and poignant initiation that allowed Jack prove to Randall that no matter what he will carry him through life and raise him into a strong and great man.

The relationship between Randall and Kevin is one that the show has really gotten into exploring. The two never saw eye to eye growing up and therefore weren’t as close as they should have been in their adult life. All Randall wanted was to be accepted and loved by his brother, a sentiment he was never given. After William’s death, Randall is a complete mess and it is Kevin who is there for him when he needed it most. He chose to run out of his new play, risking his career, in order to go and console Randall. It was one of the most touching moments of the season.

Even though viewers knew it was coming, nothing could prepare them for the episode that was “Memphis”. William is able to reflect on his life, make amends, and get a final goodbye to his son all while in his hometown. It was hard to not be emotional from the minute the episode began. We were able to witness the entire life that was William’s and it was so touching and so beautiful. It was such a shame to lose both William and Ron Cephas Jones, but hopefully he is not gone forever as this is a show that loves to use flashbacks as it’s main storytelling device.

The chill inducing twist at the end of the pilot episode really set the stage for how amazing this show was going to be. While This is Us was initially described as “a show depicting a group of individuals who share the same birthday” the last few minutes proved otherwise. Throughout the hour we had been introduced to twins Kate and Kevin who were both dealing with personal crises, a man named Randall who had just found his birth father, and a couple who were about to welcome triplets. Well, in the final moments of the show we discover that the couple expecting triplets, Jack and Rebecca, are in fact the parents of twins Kate and Kevin and the adopted parents of Randall (the third triplet didn’t make it). This twist changed the whole premise of the show into one about family and how the lessons we learn from our parents affect us in our day to day lives.