If you’re anything like us, you’re still not exactly ‘over’ the deaths of Glenn and Abraham on The Walking Dead. Not only were they two of the most gruesome that the series has given us to date, they were two of the most loved characters on the show.

Glenn was the hope and light left in the series and his death brought with it a special kind of darkness that the series hadn’t experienced before. The Walking Dead‘s world still very different without Glenn and now, maybe too soon, a box set of action figures is available that shows Glenn just before his death, next to Negan. 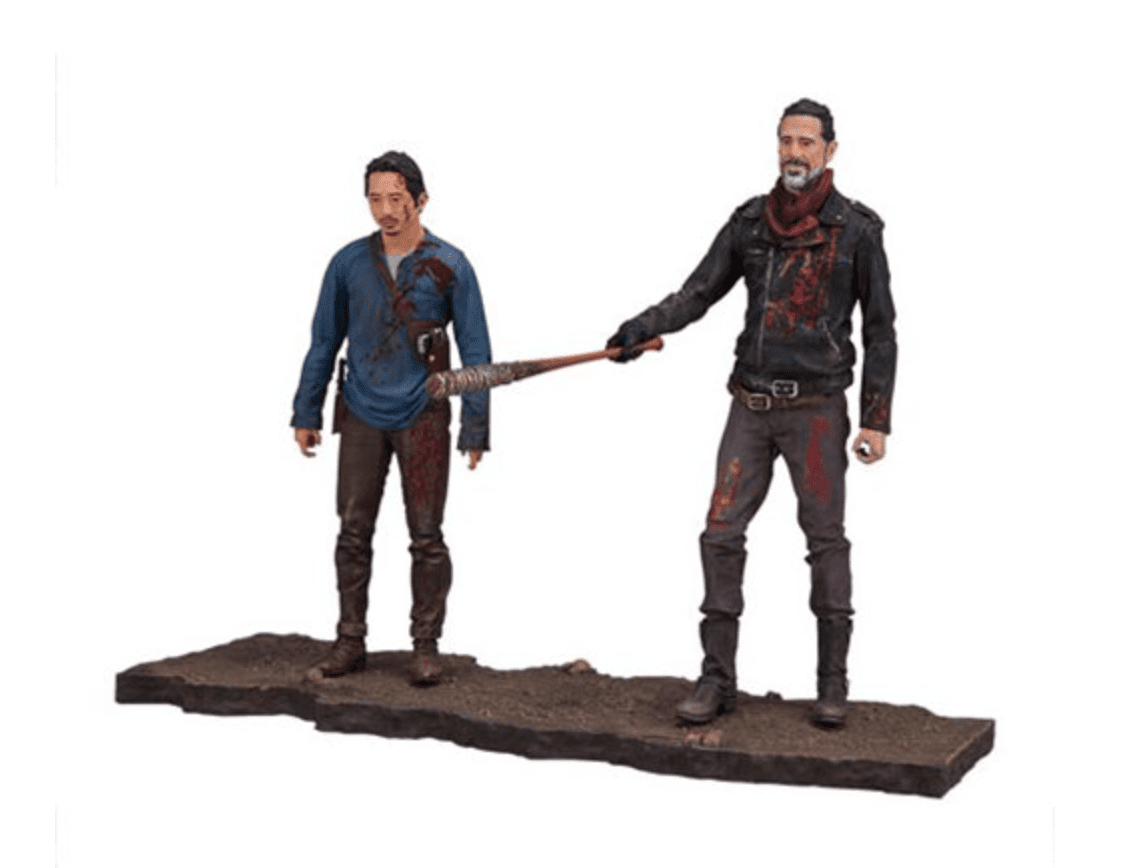 The product description reads as follows.

‘After Daryl lashed out and punched him in the face, Negan mercilessly took Lucille and executed Glenn for all to see. Negan’s reaction served as a notice to the other survivors that such backlash would not be tolerated and that he would shut it down, reminding the group who was now in charge, leaving them in fear.’

While we’re definitely not fans of continuing to kick Daryl while he’s down, it’s the product description that reads that way, so we’re going with it. The Negan and Glenn action figures are already covered in blood, the result of Abraham’s brutal death, but Glenn remains in tact.

However, we totally agree with everyone involved in the decision to not market Glenn’s bloodied head and body alongside Negan, better to remember him without all of that.

The set is available for fans to order here.

Home » Fandom » Too Soon? You can now Order a Negan and Glenn Box Set of Action Figures