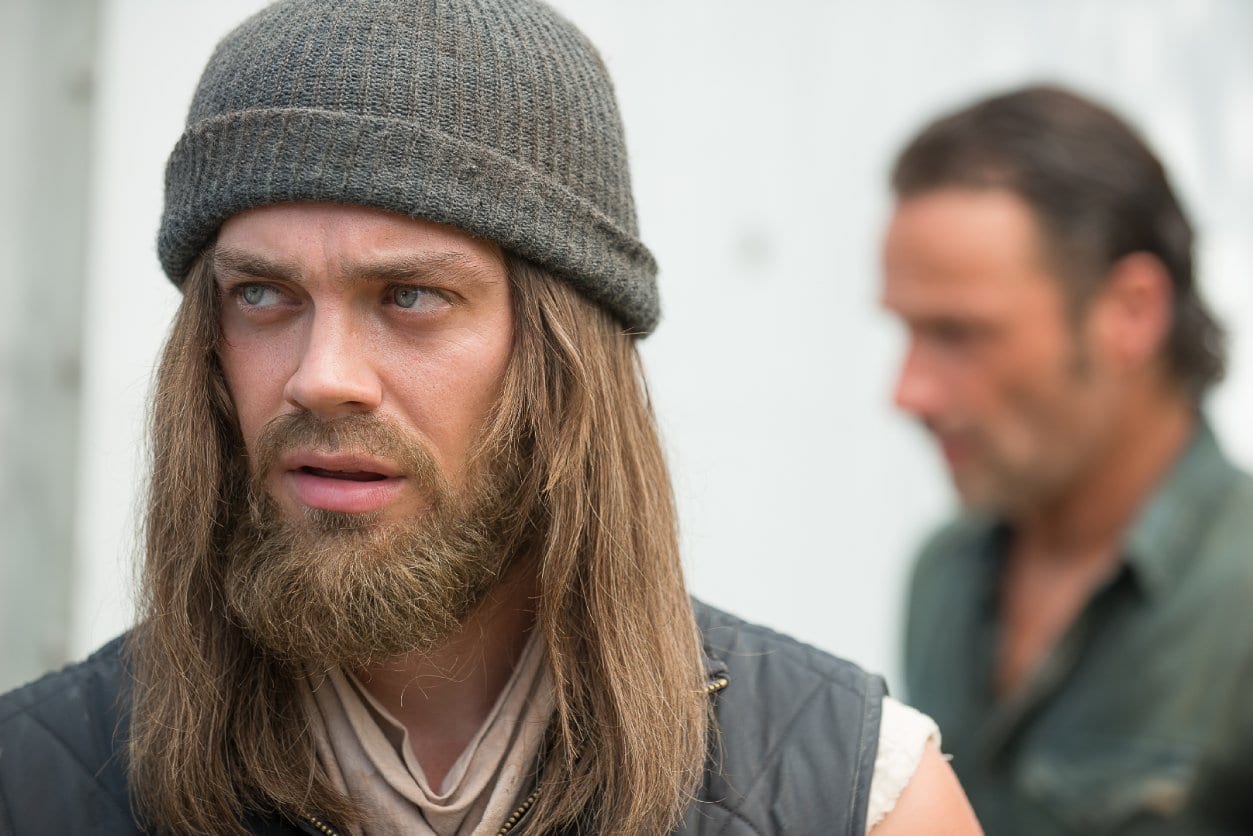 Viewers were first introduced to Tom Payne‘s rendition of Paul Rovia aka Jesus last season, but did not get to see his awesome ninja skills until two weeks ago in the episode “Go Getters”. While visiting AOL this past Monday, Payne talked a little bit about the process that went into bringing those fighting skills to the small screen:

“I trained for like, I guess almost three months, before we came back to shoot this season. And actually, I had more time because I didn’t come back until episode 5, which was great. A ton of time to… keep practicing. I hooked up with this great trainer in L.A. called Steven Ho who had trained Lennie [James] for his stick fighting. And we did twice a week and then I was also going to a boxing gym.”

But how will those fighting skills pair up against Negan and Lucille?

“When Steven and I were working, we were working on how I would operate, because Jeffrey’s [Dean Morgan] taller than me, obviously, so if that did happen in the show, what would we do, how would it work? If that happened in the show, it would very much be like [in the comics]. [Jesus] is very tactical and targeted about how he would fight someone.”

“Yeah, who cares? He’s a badass and he happens to be gay. I think that’s one of the strongest things about Robert Kirkman and how he writes the comic books. Why wouldn’t [Jesus] be? And I see no reason why that would be different on the show.”

Check out the full interview below!