‘If you believe it, they will believe it. They are willing to suspend their disbelief and hand it over to you’.

During the Church & State panel at our Fan Fest Chicago Weekend; four of our favorite cast members from The Walking Dead took the stage to answer fan questions and talk about the future, and past, of their characters. From Jesus’ nickname to Father Gabriel’s character arc and King Ezekiel’s aversion to battle to what makes Gregory the man that he is; some of the burning questions from season 7 were addressed and hearing the answers from the actors themselves was even more enlightening.

As the four spoke, you could tell how much they invest themselves into the characters they play. One of the most incredible things, as a fan of The Walking Dead, is knowing how much the cast members care about the characters, their stories, and the experience – for themselves and for us at home. They get sad, they get fired up, and they find joy in the moments that their characters overcome…they experience everything their fans do and then some. The cast of TWD, they’re a rare breed, and we’re privileged to be fans of theirs.

You could also tell how much fun they have while working, they were in stitches for a lot of the panel, and we were too. 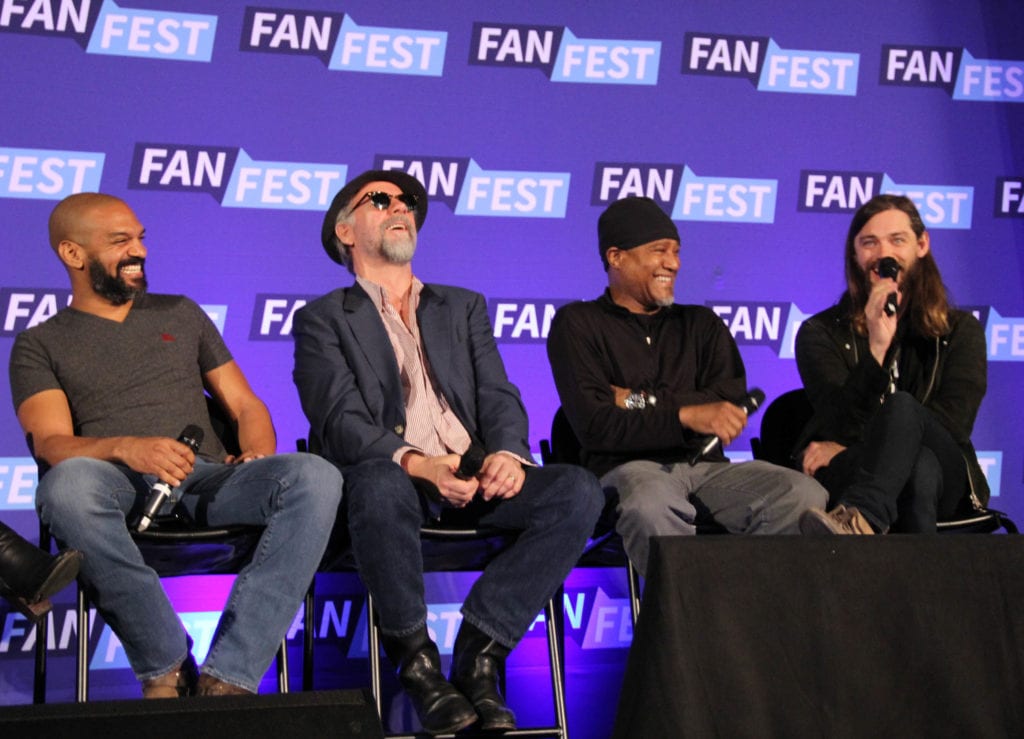 During the panel, each of the actors on stage gave us a bit of insight into their characters from their personal perspectives. Seth said Father Gabriel is going through a time of self-discovery. Is he the man he says that he is, or the man that his actions show that he is, and if there’s a difference, how can he become the man he truly wants to be? Gabriel is figuring that out for himself right now, and it’s a work in progress.

For Tom, one of the questions during the panel concerned the ‘reveal’ of Jesus’ sexuality, and his response to people who may have negative things to say about it was perfect. ‘It depends on where you go (if he sees hate for the character that he plays). If you want to go to those places where people are sat behind a keyboard because they don’t leave their house then that’s that. The show is great at representation. It helps people through emotional places in their lives.’

He went on to say ‘It’s the end of the world, there are dead people walking the earth. Are you really going to worry about someone’s sexuality?’

For Xander, he spoke of Gregory as someone climbing the corporate ladder, saying he’s a lot like a used car salesman. He does what he does and he sells the narrative that he needs to sell to make his life work. He’s just trying to survive, he’s not trying to be a hero and he’s certainly not doing this for anyone but himself. At the end of the day, Gregory is a man watching his own back.

For Khary, things are the complete opposite. His leadership role came from the people around him needing him to take that position. He’s an actor, he played the part, but once he started, he became the role entirely. He also went on to say that he’s protected his people by not fighting. His strategy has been to ‘prepare for war as to keep the peace’. He lost people after a mistake made years ago and he’s been overly cautious in the fallout. However, once you lose people again, all bets are off.

The entire panel stood as one to remember. The questions answered, and the laughter shared, made it incredibly special, however, one statement stuck out to us above the others. Khary gave a bit of advice while letting us know one phrase he lives by in his own life.

‘I want a job that feeds my belly and feeds my soul.’

May we all strive for that. 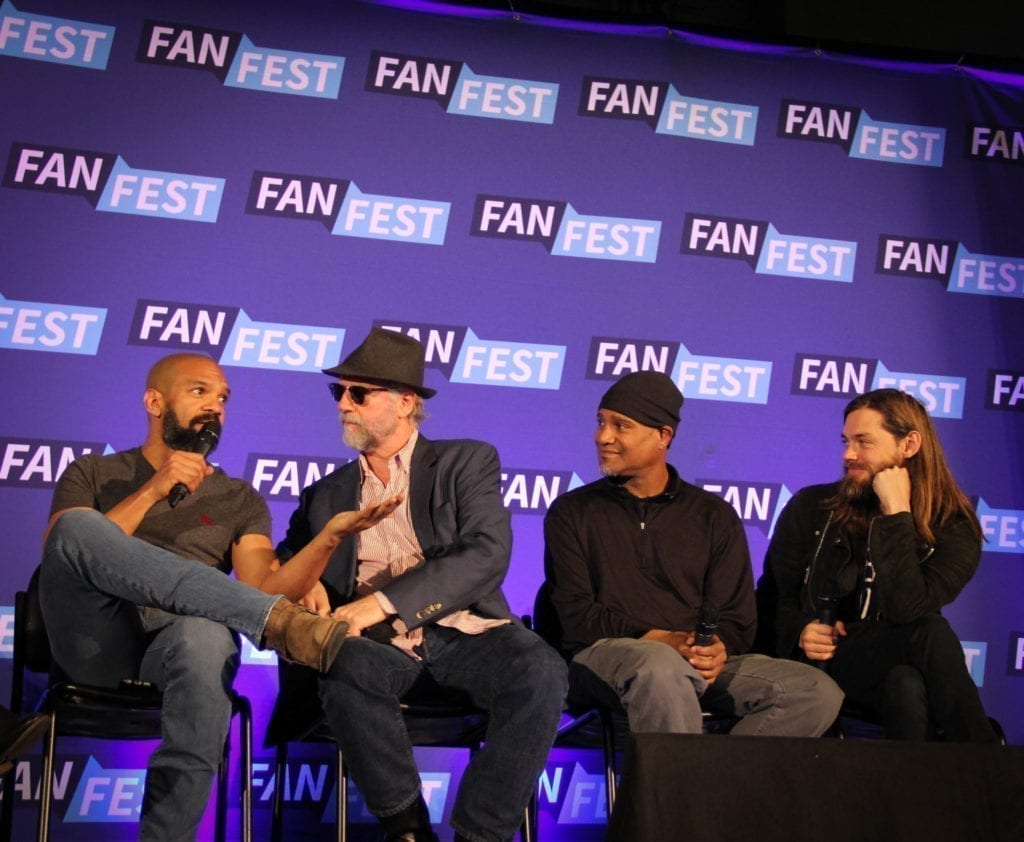