There’s a lot to be excited about when it comes to Ruben Fleischer’s upcoming Venom film. Not only have fans been long-waiting for the Spider-Man spinoff film about the anti-hero, but it also features an all-star cast of Tom Hardy, Michelle Williams, Riz Ahmed, and Woody Harrelson, and it’s expected to kick off Sony’s Marvel Universe.

So, when IGN released an exclusive photo from the very much under lock and key film set, it gave us the perfect boost of excitement. Here’s your first look at Tom Hardy as Eddie Brock aka Venom! 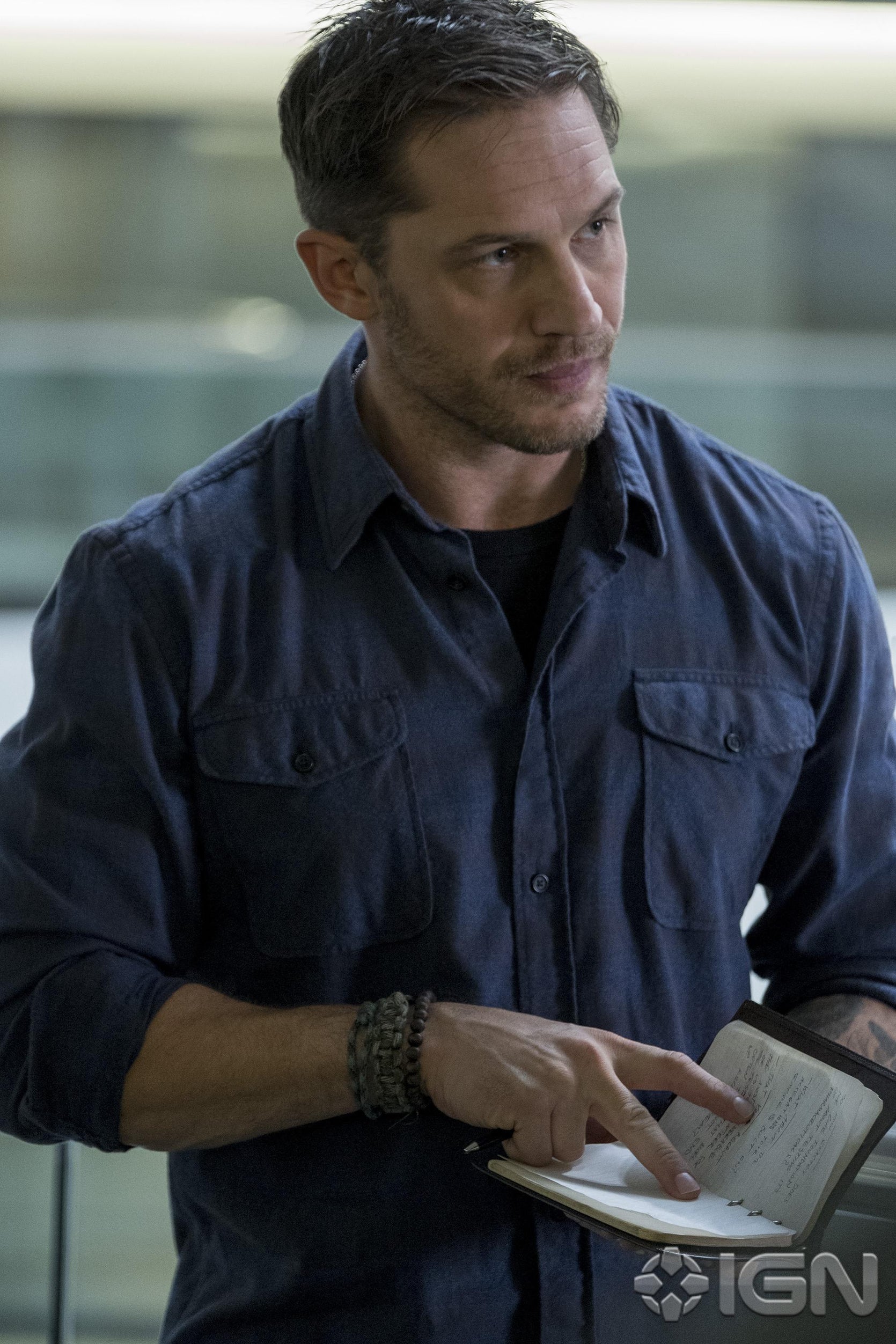 While it’s not as dark as fans would probably like to have seen, the photo does offer a good look at Brock in the field at his day job as a journalist. That’s not all though, for most of Venom’s journey to the big screen things have been kept pretty under wraps, but just last month Hardy and Fleisher attended the Brazil Comic-Con Experience and gave a room full of lucky fans some inside scoop and a look at some of the Atalanta sets being used for the film. Now, you can watch some exclusive footage from that panel below!

In the film, Hardy plays journalist and friend of Peter Parker, Eddie Brock who connects with an alien symbiote and is turned into Venom. The last time Venom was portrayed on screen was when That 70’s Show‘s Topher Grace played him in Sam Raimi’s Spider-Man 3.

The R-Rated “action horror” film is expected to hit theaters this October!

What do you think of the exclusive first look?

Tom Hardy to Star in ‘Venom’