According to recent reports, Tom Brady and Gisele Bündchen‘s marital troubles are not the result of cheating.

While adultery rumors are untrue, the NFL star and supermodel have “grown apart.” according to a new report. “There is absolutely no accusation of cheating on either side,” an insider told Page Six.

“Tom and Gisele have recently struggled to make their marriage work and have grown apart,” the source claimed. Gisele Bundchen opens up about her husband Tom Brady’s return to the NFL, saying she has concerns and wishes he could be more present. The marital difficulties of New England Patriots quarterback and wife Gisele Bündchen are not caused by adultery, according to reports.

After taking a family vacation to the Bahamas with their son Benjamin, 12, and daughter Vivian, 9 in July, the embattled couple spent most of the summer living apart according to an inside source. Following their vacation, Bündchen and the children stayed at their home on the Nicoya Peninsula in Costa Rica for three weeks. Brady, however, did not join them.

Page Six revealed that, during his 11-day vacation from Tampa Bay Buccaneers training camp in August, the seven-time Super Bowl champion traveled alone to the Bahamas with Benjamin and Vivian. “Gisele wasn’t there in August. It was Tom’s time alone with the kids,” the source noted.

The two, who have been married for 13 years and have tried to resolve their problems but instead been living separately, Bündchen in New York while Brady has stayed in Florida to be near his team.

Following their return to camp, Brady alluded to the couple’s issues during a press conference before the Buccaneers’ first home game on Sunday.

“It’s all personal, you know. Everyone’s got different situations that they’re dealing with,” he added. “We all have really unique challenges to our life. I’m 45 years old, man. There’s a lot of s— going on, so just got to figure out life the best you can. It’s a continuous process.”

The source stated that the couple did not have an argument over Brady’s decision to return to professional football in March, contrary to previous reports. “There wasn’t an epic fight,” the insider said. “Gisele has no problem with Tom returning to football. She wants him to be happy and wants him to play if that is what he wants.

All about family ♥️ pic.twitter.com/JwGwEXVwhI

“There was never an ultimatum set down for Tom to choose between football or her. Their problems are more about the distance that has been created between them over a longer period of time.”

Previous reports had indicated that the couple’s rift stemmed from Bündchen’s disappointment over Brady’s decision to return to the NFL as she had hoped that he would spend more time with his family in retirement. 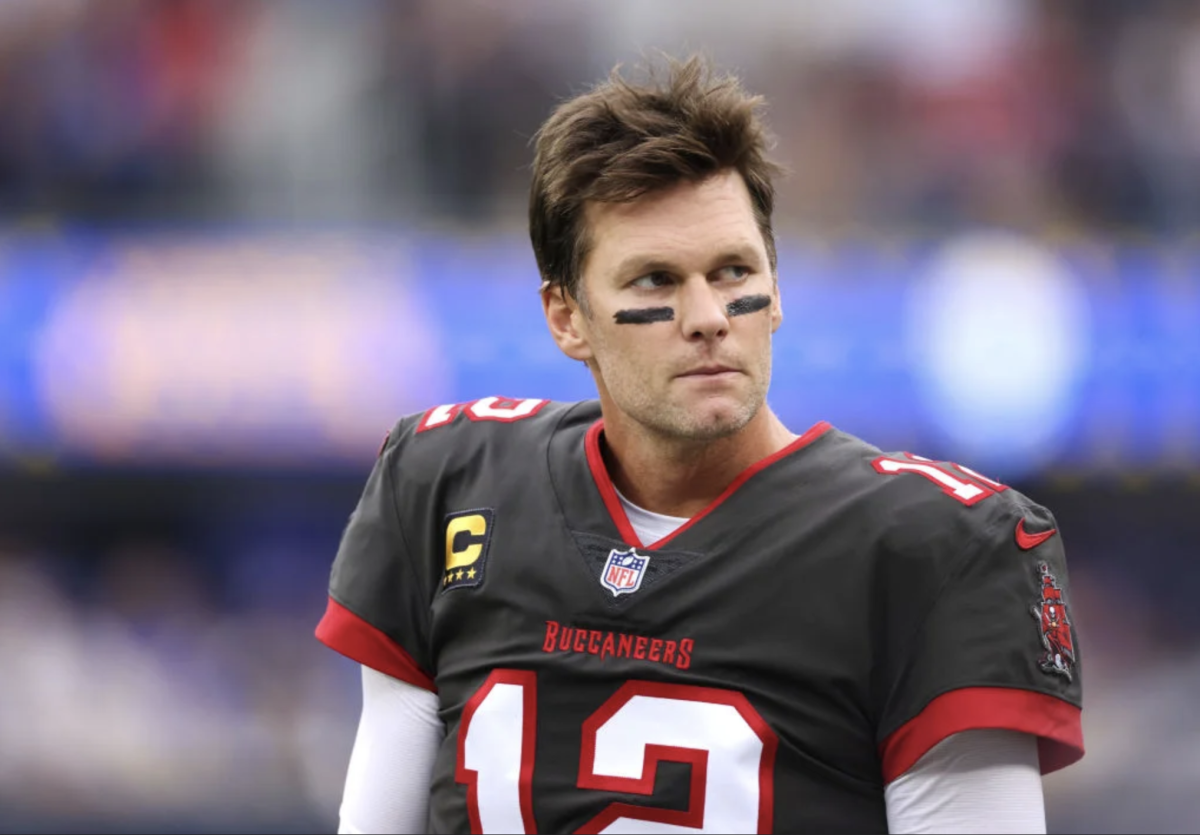 The game was attended by Benjamin and Vivian as well as Brady’s 15-year-old son, Jack, whom he shares with ex-girlfriend Bridget Moynahan, 51.

The quarterback was seen sharing a sweet moment with his children in a video shared by the Buccaneers’ Twitter account. He stopped to hug Vivian and kiss her on the forehead and embraced his sons before taking the field.

“Gisele continues to be dedicated to her kids and is working on personal projects,” a source told People magazine.

The Buccaneers lost their home opener to the Green Bay Packers, 14-12.