Todd Chrisley acknowledged that he had previously “fallen short” of God’s standards and had become a “slave” to money and the goal of earning money.

He said he had always tried to do that, “but where I fell short in doing that is that I really didn’t give glory to God in all of the things we were accomplishing because I felt like I was the one doing the work. I was the one getting up every day, I was the one staying up late at night not thinking that God was the one giving me the energy to be able to do that.”

He said he has now “surrendered” all of that to God after he “got lost” when he couldn’t “tell the difference between how valuable I am and how much money I have. And the bigger my net worth became, the less I focused on my own value. Because everything was being built around my net worth.” 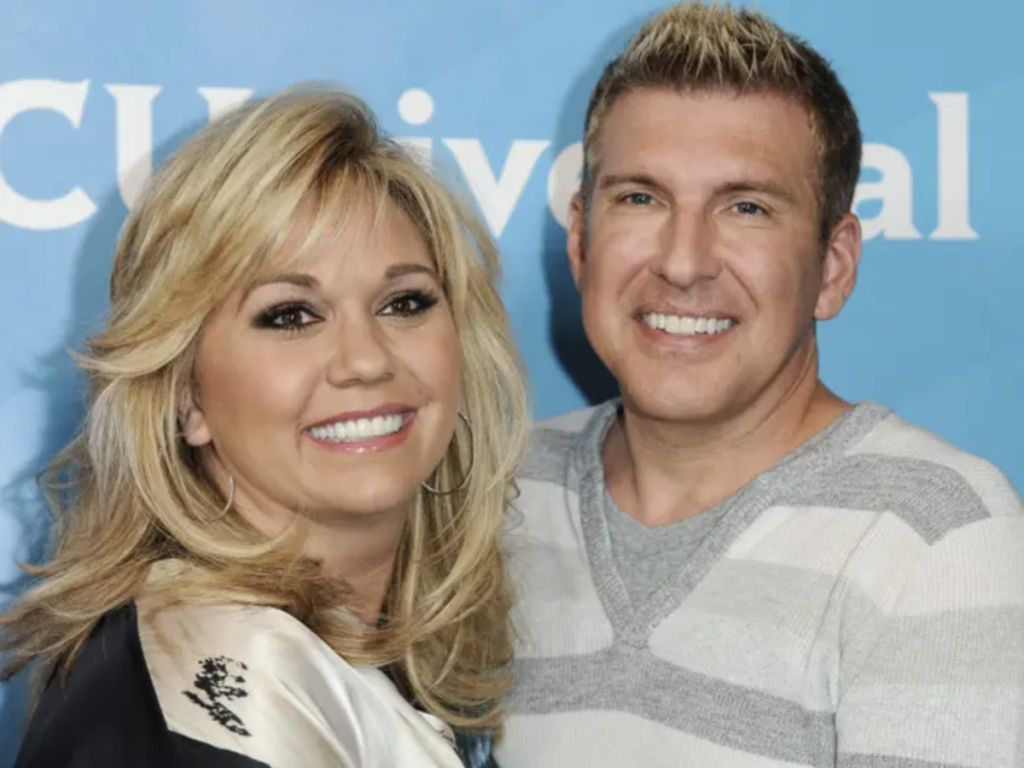 Todd and Julie Chrisley were found guilty of bank fraud and tax evasion in June and may face jail time when they are sentenced in October.

He said he doesn’t have to be better than everyone else anymore. He realized he was competing with himself and not other people.

He said that he and his wife have had a lot of bad things happen in their life, but they also have a lot of good things. They have a lot of promise for the future. Along with their legal troubles, he said their parents are having health issues.

Chrisley added that it’s important to “never give up hope. When you lose hope that’s when you’ve got to really know you’ve hit bottom. Because without hope, where do you go?”

Julie Chrisley said that what gives her hope is knowing the “storm that we’re going through right now eventually it’s going to end … exactly the way that God intends for it.”

They agreed that their struggles have made their marriage stronger. “I feel like that my marriage, for me personally, internally, is the strongest that it’s ever been,” Todd said. “I feel like for the first time in my life and my marriage, I feel like my marriage is feeding a part of me that I didn’t even know was starving.”

“You and I have been a team since day one,” Julie agreed. “I think for both of us, this situation, our season of life right now has shown us it’s not about what our plan is, it’s about what God’s plan is.”