Many consider May 4th the be Star Wars day, but this day holds much more meaning to the saga. Lets go back to May 25th, 1977, Star Wars: A New Hope opens in theaters! Six years to the day later the original saga came to a close with the release of Star Wars: Return of the Jedi. The original movie opened in only 50 theaters that day, but would spark the imagination of the world for years to come. This ground breaking film has spawned an almost incomprehensible empire, three prequel films, three movie set after the original, companion films, books, cartoons, comics, and toys. You would be hard pressed to find someone who had never heard of the epic space opera, some may not have ever seen it but they know what it is!

That first movie had a budget of $11,000,000 and it is reported that to date the franchise has made $30,200,000,000! The story of one family screwing the galaxy up for generations is an on going master piece that the entire world waits to see how it will continue to unravel! 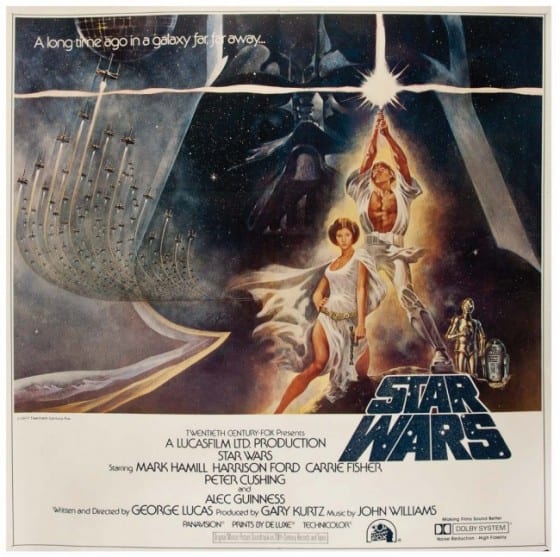