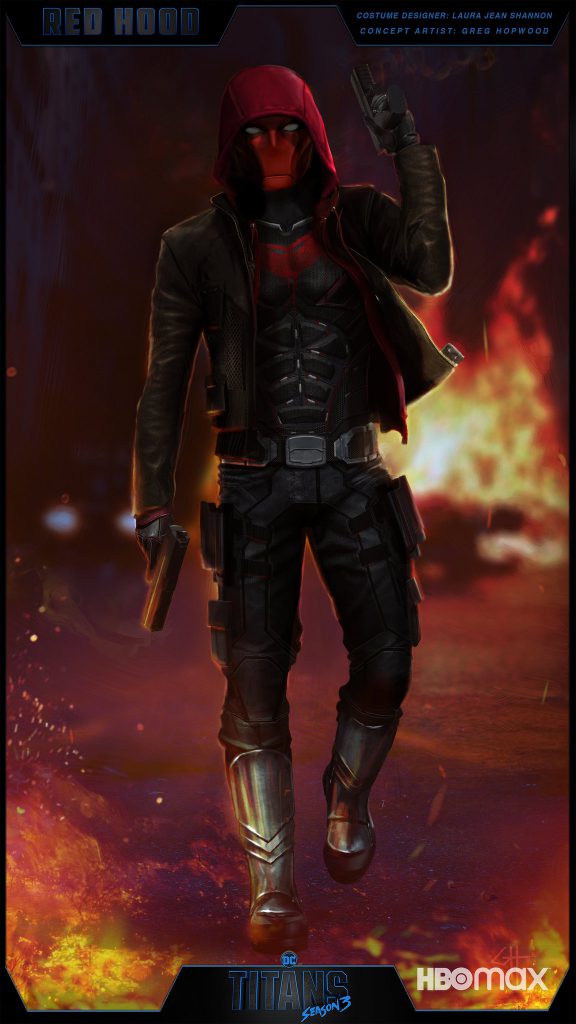 The origin of Red Hood in the comics is quite dark. After Jason (Curran Walters in the show)  is beaten by the Joker and then exploded he is later revived. He takes on the moniker of Red Hood and starts executing criminals. He also wages a semi-war against Bruce, angry at him for not killing the Joker after what he did. As Red Hood, Jason has forsaken Batman’s code and has absolutely no issues with using firearms.

The origin will undoubtedly be different in Titans. We don’t have too many details. We do know, however, that Jason will adopt the Red Hood persona and wage war against his former teammates. His treatment during season 2 may or may not have something to do with that.

There was also a scare earlier this year when we learned DC Universe (the streaming app) would be turning into something else. Luckily most of the DC Universe originals found a home on HBO Max, including Titans. We still don’t have a release date for the third season though. Hopefully soon!

For now we can at least rest easy knowing that Jason’s Red Hood outfit is badass. This has me incredibly excited for Titans’ third season and I really hope they do this character Justice. With them slowly introducing so many big DC characters who knows who we’ll get next? I’m gonna keep holding onto hope that we’ll see Batman in action someday!

Like I mentioned above, you’ll be able to catch Titans third season on HBO Max when it finally airs!