Following the release of the second season of Netflix’s mega-hit docuseries Tiger King, many on the internet are drawing lines in the sand in terms of throwing their support either behind its central figure, Joe Exotic, or his arch-nemesis — of whom he was convicted to plot to murder — Carol Baskin.

The show centers around the upside-down world of the handlers of large cats, who seem to have a cutthroat competition among each other. Season two revealed an allegation that Exotic was framed for the hit on Baskin and was himself sought as a target of a hit at one point, by fellow big cat owner Jeff Lowe. The revelation comes from Allen Glover, the man who was himself paid by Exotic to off Baskin, according to Variety.

Other bizarre details emerged in the show, including Exotic’s former occupation as a police officer and his failed bid to get then-President Donald Trump to pardon him.

And of course, the show delves deeper into Baskin and the allegations surrounding her that she killed her husband, Don Lewis.

Baskin is also a big cat handler but has herself come under scrutiny for animal abuse, which is the long-held allegation that she has accused Exotic of doing. Exotic was eventually convicted of not only two counts of attempted murder, but multiple charges of animal abuse as well.

Reminder that Carol, Joe Exotic, Jeff Lowe and Doc Antle should all be shut down for cruelty to the animals they claim to love and have their animals taken. https://t.co/IZsOBjI3p4

Reminder that Joe Exotic is a serial animal abuser who is partially in prison because he MURDERED BABY TIGERS. Do not glorify this man. https://t.co/lQuDFPeH0b

Came to Twitter to find people crying for Joe Exotic and not the animals he abused and murdered. pic.twitter.com/OFgkl2cKoo

Tiger king season 2 on netflix and I am buckled from 5 minutes in joe exotic is my hero pic.twitter.com/a0hK9sFo30 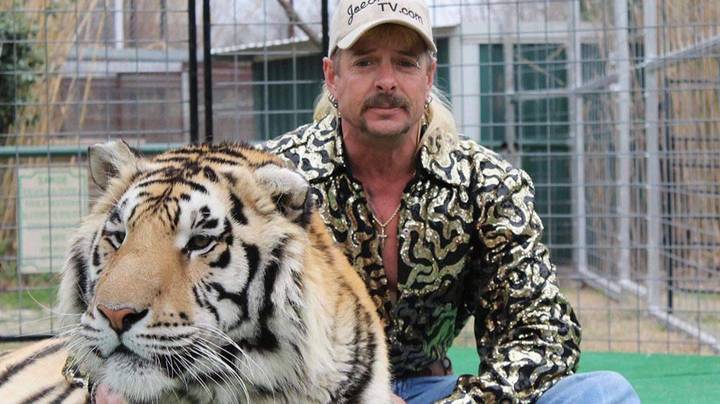