Comedians Tiffany Haddish and Aries Spears are facing a lawsuit from a woman and her younger brother, who claim they were told to perform inappropriate acts on camera for sketches. The woman claims Haddish taught her to make sexually suggestive actions for one sketch. The lawsuit also accuses the comedians of molesting the brother while filming a sketch they published on the Funny or Die website. Haddish has denied the claims.

The plaintiff, Jane Doe, now 22, filed the lawsuit on behalf of herself and her brother John, who is still a minor at 15. Their complaint lists Haddish and Spears as defendants, reports

. They knew of the comedians through their mother, who was a friend of Haddish’s. They claim they once called her “Auntie Tiff” and she called them “niece” and “nephew.” Jane is now John’s legal guardian.

The first of the two alleged incidents at the center of the litigation happened in the summer of 2013 when Jane was 14. She claims she attended a comedy camp where Haddish was a guest speaker. The Girls Trip star allegedly told her that she could star in a commercial, but Jane and Jane’s mother had no idea what the plot would be. Only Haddish and Spears did.

The comedians allegedly asked Jane to watch a video of coeds arguing over a sandwich, which they then ate in a sexually suggestive manner. Spears allegedly told Jane to “mimic what she had seen on the screen, including the noises precisely like what she heard throughout the video.” Jane was silent until Haddish returned to the room and allegedly showed Jane how to perform fellatio. “At that point, I knew a hundred percent what they wanted out of me,” Jane told the Daily Beast. According to the lawsuit, Jane was “physically, emotionally, and mentally uncomfortable” as she was being instructed. Jane claims she was paid $100, then sent home. She did not tell her mother about the alleged incident at the time. 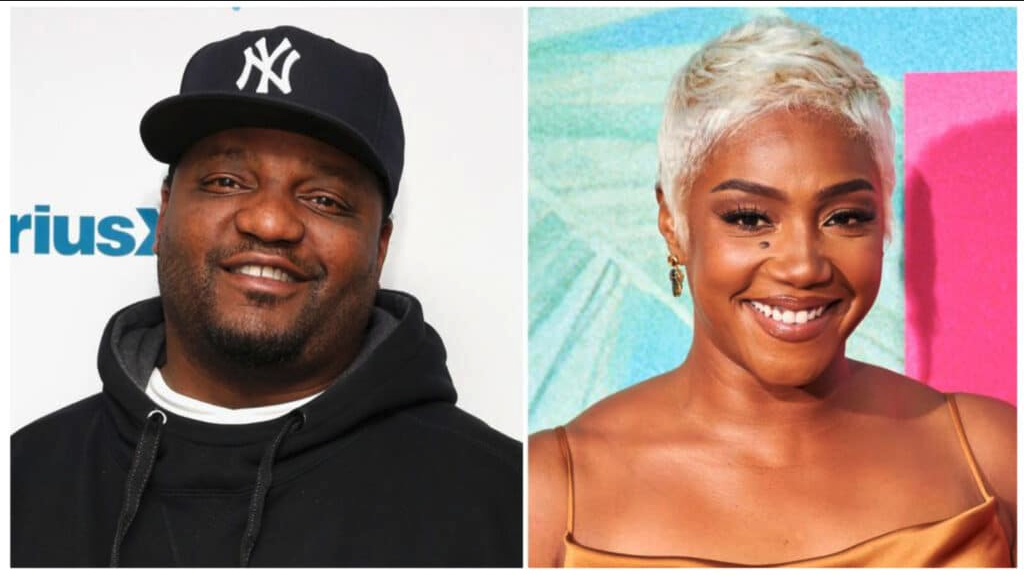 In 2014, Haddish allegedly pitched another idea to their mother, this time starring then-7-year-old John. Haddish allegedly told the family he would star in a sizzle reel for Nickelodeon. In reality, he allegedly starred in a sketch called “Through a Pedophile’s Eyes,” in which Spears played the pedophile. It was posted on Funny or Die, but their mother allegedly didn’t know about what was really in the sketch until Bossip published a description about it in 2018.

“Funny Or Die found this video absolutely disgusting and would never produce such content,” a Funny or Die representative told the Daily Beast. “We were not involved with the conceptualization, development, funding, or production of this video. It was uploaded to the site as user-generated content and was removed in 2018 immediately after becoming aware of its existence.”

The lawsuit accuses Haddish and Spears of “intentional infliction of emotional distress, gross negligence, sexual battery, sexual harassment, and sexual abuse of a minor.” Haddish is also accused of “negligent supervision/failure to warn, breach of fiduciary duty, and constructive fraud.” Jane and John are seeking general and special damages and statutory damages. They say the experiences continue to shape their lives today, with Jane allegedly developing a social disorder that makes it difficult to socialize. The lawsuit includes a letter from John, in which he writes that he has no friends and is scared of adults filming him. The siblings also claim their mother tried to reach a $15,000 settlement with Spears over the molestation video, reports TMZ.

The plaintiffs’ mother “has been trying to assert these bogus claims against Ms. Haddish for several years,” Haddish’s attorney Andrew Brettler said in a statement to TMZ. “Every attorney who has initially taken on her case — and there were several — ultimately dropped the matter once it became clear that the claims were meritless and Ms. Haddish would not be shaken down. Now, Ms. Morris has her adult daughter representing herself in this lawsuit. The two of them will together face the consequences of pursuing this frivolous action.”