Happy Throwback Thursday, Everyone!  This week, we are talking about coulrophobia. In case you don’t know what that means, that’s the clinical term for an abnormal fear of clowns. Seems like a silly fear to have but, I can tell you, with full confidence, this is a true thing and I, 100%, have it!

You can stop laughing now… Yesterday, one of the most highly anticipated reboot trailers was dropped, completely bringing back all the horror and fright I remember experiencing as a child. Of course, I’m talking about the reboot of Stephen King’s classic novel, IT.

The reboot trailer (which you can watch RIGHT HERE) gives Pennywise the clown a whole new style of creepy and paints a picture of total terror.  This is sure to be one of the best horror flicks we’ve seen in a while.

With that said, many fans believe this reboot will never truly compare to the original which plagued so many of our adolescent nightmares. That’s why, this TBT, we are throwing it back to 1990 and paying tribute to the original IT Miniseries.

For me, the IT miniseries did for clowns what Jaws did for the ocean (of which I am also intensely fearful).  Based on the 1986 horror novel by Stephen King, the original 1990 miniseries followed a group social outcast kids who are forced to band together to face their greatest fears and battle the demon child-killing clown known as Pennywise. While they initially conquer their fears and the clown, 30 years later, they are called back to battle him once again. 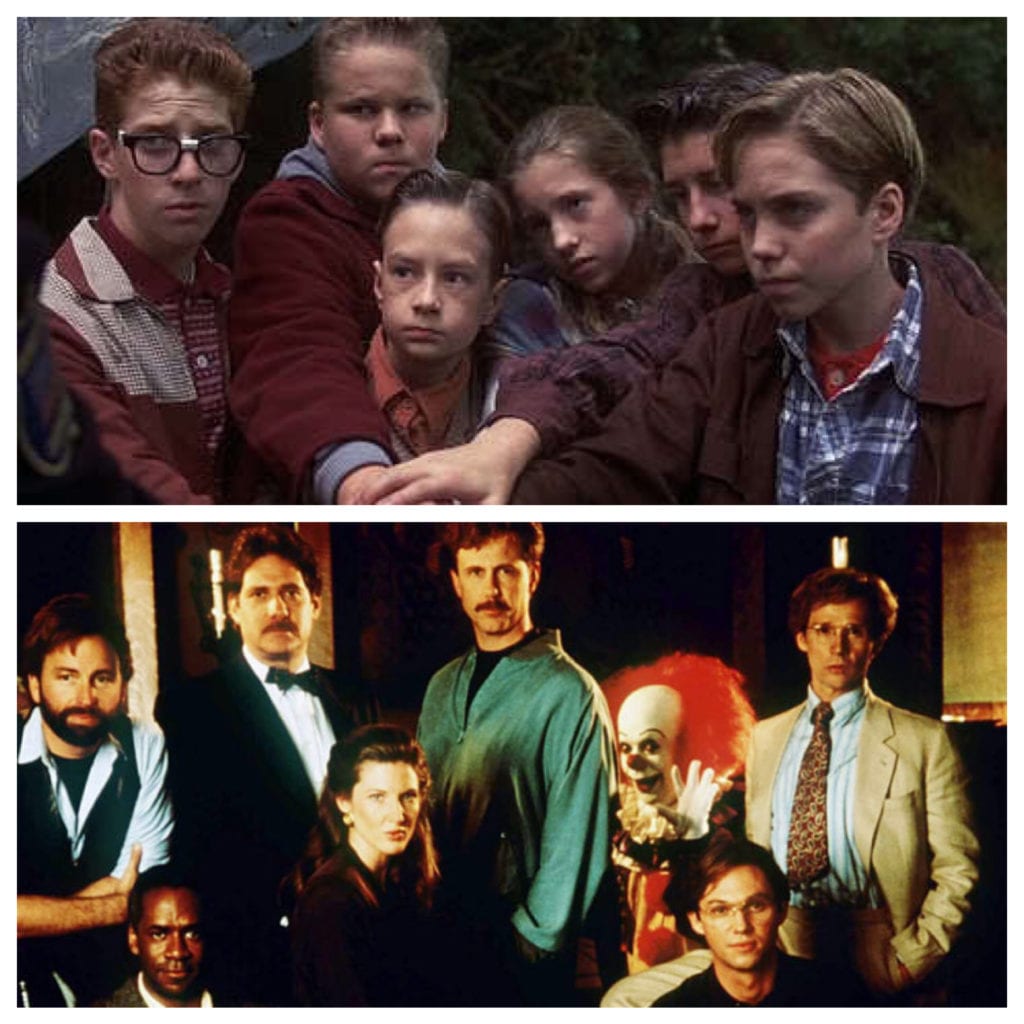 The miniseries cast included Richard Masur, Annette O’Toole, Harry Anderson, Richard Thomas, Seth Green and the late John Ritter and Jonathan Brandis. The role of Pennywise (who to this day, many still consider the most terrifying character in cinema history) was masterfully played by Tim Curry; a role which many have claimed can not be duplicated by any other actor.  With the reboot due to hit theaters on September 8, 2017, we’ll see if Bill Skarsgard (Hemlock Grove) can do it justice.

Want to relive your adolescent horror? Take a Throwback Thursday journey with us back to your childhood nightmares and check out the trailer for Stephen King’s 1990 miniseries version of IT as well as a fan montage of some of the miniseries’ most frightening moments (set to the theme from Beetlejuice, oddly enough, which is another great throwback movie but, we’ll save that for another TBT).

Watch closely to the two videos below and see if you can spot which parts where mirrored, pretty much exactly, in the new 2017 trailer: