This year marks the 35 year anniversary of the classic movie E.T. the Extra-Terrestrial which was released in theaters on June 11, 1982.  That’s why this week, we are dedicating our Throwback Thursday article to this unique and original story from the clever mind of  Steven Spielberg.

Can you believe it’s been 35 years?

Thanks to this film, we were introduced to the most adorable, little, fantastical alien creature, along with some equally lovable children. Their friendship and adventure in trying to help their new alien friend return home captured hearts everywhere. 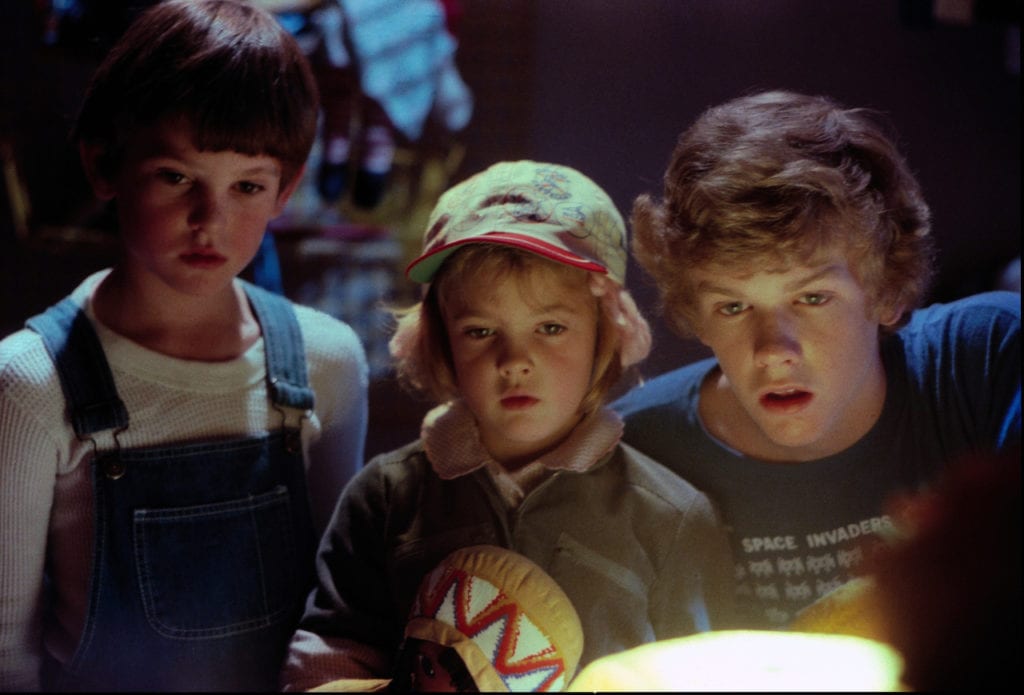 The story centered on a stranded alien who befriends a little boy, Elliot (Henry Thomas). Elliot decides to bring his new friend, E.T., home and eventually introduces him to his older brother, Michael (Robert Macnaughton) and little sister Gertie (Drew Barrymore). Their first encounter was epic as all four of them scream bloody murder after seeing each other for the first time.

Eventually, the kids and E.T. form a bond that links them in more ways than one as they get to know each other. E.T. discovers a love for the Hershey’s Reese’s Pieces candy and Gertie teaches E.T. to speak. The little alien ultimately is able to communicate with them as he utters , “E.T. home phone.” This exchange creates the memorable line, “E.T. phone home.”

The movie intensifies as the government discovers the alien and attempt to capture it so they can study and perform tests on it. Elliot, who only wishes to protect his new friend, enlists the help of his siblings and friends in order to save the ailing creature. They rush to evade the government and quickly get E.T. to the meeting point where he can hitch a ride back to his home planet. The famous bicycle chase scene had every kid wishing they could also fly on their bikes. 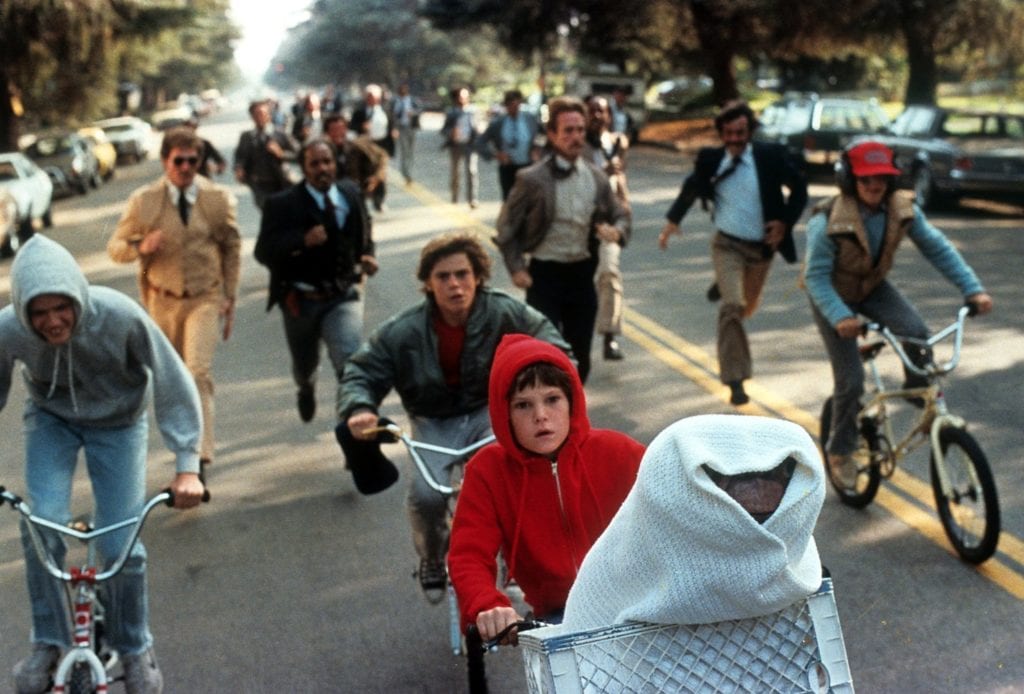 As a child, the heart wrenching goodbye in the woods, had me sobbing. And as an adult, I’ll admit to still crying during that scene because it’s just that good! E.T.’s last words to Elliot with his glowing finger, “I’ll be right here”, gets me every time.

If it’s been a while since you last watched this film, perhaps this weekend is a great time to celebrate its 35 year anniversary by revisiting this wonderful Spielberg film! You can also introduce your little ones to a new picture book by Quirk Book that is also based on the movie!