Thor: Love and Thunder is the first full-fledged fourquel within the Marvel Cinematic Universe, taking the franchise in a new direction. The film not only progressed the tale of Thor Odinson (Chris Hemsworth), but it also briefly detailed the Guardians of the Galaxy’s (Vol. 2) exploits.

While the Guardians only appeared briefly in Love and Thunder, a brand-new deleted scenes adds even more to their debut. The AV Club has recently published “Wasting Time” an altered version of the scene where Thor is approached by Peter Quill / Star-Lord (Chris Pratt) and Mantis (Pom Klementieff), who request his assistance in defending Indigar.

When Mantis reads his mind, she learns that “many he loves perish, he feels their blood is on his hands.”

Finally, it’s not his sorrow that prompts Thor to get up and fight; it’s his rivalry with Star-Lord.

“This way they’ll make a statue of me when I save the planet,” he says scornfully. “You stay there and don’t be a hero!” 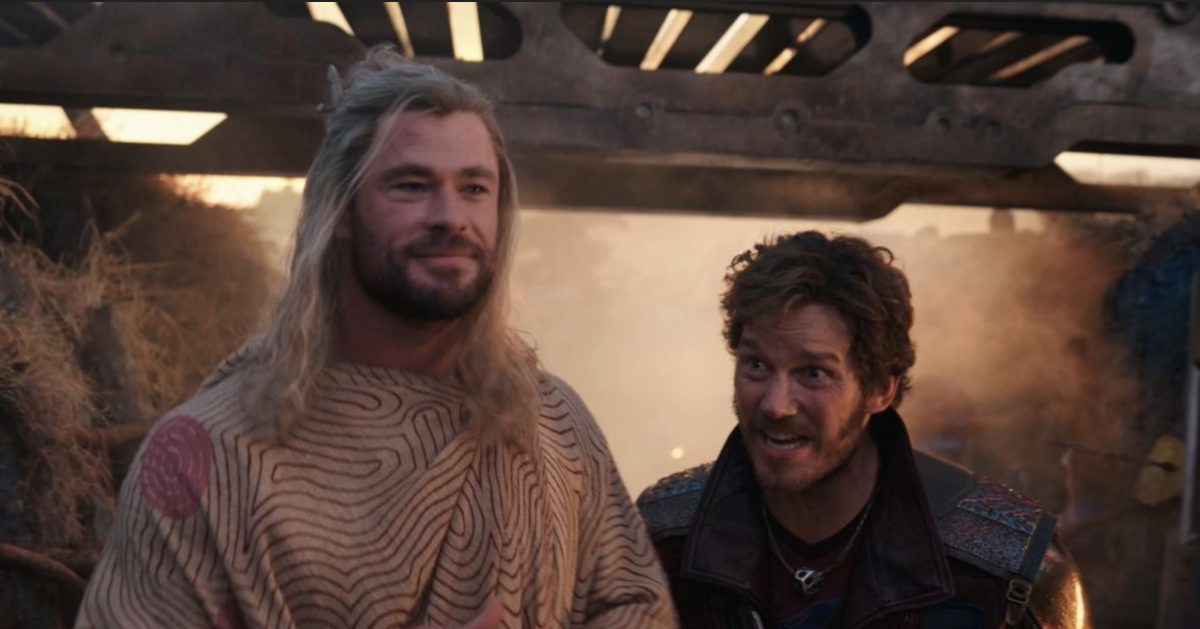 You can watch the scene here.

The Guardians originally had a bigger part in the film, according to director and co-writer Taika Waititi, who revealed the cast was reduced because of their size (see “Marvel’s The Avengers: Where Are They Now?” for more information).

“The plan was always to have them in the beginning and then move on. Because they have their own movie,”Waititi said in an interview with Insider. “There was talk about having them come back at the end. The thing is that happens in every movie. No more. No more of the cavalry coming at the end. So we shelved that idea. We just wanted Jane to come in at the end.”

Thor: Love and Thunder follows Thor (Chris Hemsworth) on a journey unlike anything he’s ever done before – a quest for inner peace. But his retirement is halted when a galactic killer known as Gorr the God Butcher (Christian Bale) emerges, seeking the gods’ destruction. Thor must enlist the aid of King Valkyrie (Tessa Thompson), Korg (Taika Waititi), and ex-girlfriend Jane Foster (Natalie Portman) – to his surprise – in order to combat the danger. They set out on a perilous cosmic journey to learn the God Butcher’s motives and prevent him from wreaking havoc before it’s too late.

Thor: Love And Thunder will initially be released on Disney and Digital September 8, and later 4K, Blu-ray, and DVD September 27.

Home » Movies » Thor: Love And Thunder Deleted Scene Focuses On Star-lord And The Guardians Of The Galaxy