The Pearson’s are all in flux in this week’s This Is Us episode Unhinged.

We’re back with Uncle Nicky who’s been mostly missing this season. When he receives a photo of baby Jack in the mail, he decides to try and get his life together. He cleans up the trailer, gets rid of the booze, and even makes his way to the Vet centre. In his first session, he can’t focus on anything except the tiny grey room they’re in. The sessions slowly move outside, and Nicky opens up, making real progress. It’s moving, and all the more gutting when his therapist breaks the news that she is transferring to another centre. Nicky flies off in a rage, eventually throwing a chair through a window, bringing us back to the end of episode 1.

Kevin and plant Kevin arrive and arrange for Nicky to get back in to the centre. The plan is more therapy, but the therapist points out – you can’t help someone who doesn’t want it. At the centre, Kev crosses paths with Cassidy’s son. Cassidy immediately takes a dislike to Kevin, and has further disdain upon realising he is related to Nicky.

Nicky heads to a bar, and Kevin gives up. He finally tells his uncle that their last encounter drove him back to drink and he needs a meeting, dragging Nicky with him. Who should be in the meeting but Cassidy – horrified when Kevin tries to sit next to her. During the session Kevin shares his lack of purpose and fear of getting older alone, but the mention of jowls causes Cassidy to erupt in laughter at the stupidity of it, followed by Nicky who is avoiding joining the session by eating the snacks, and eventually Kevin breaks down too, sharing the moment of absurd hilarity with them.

Philly is getting complicated 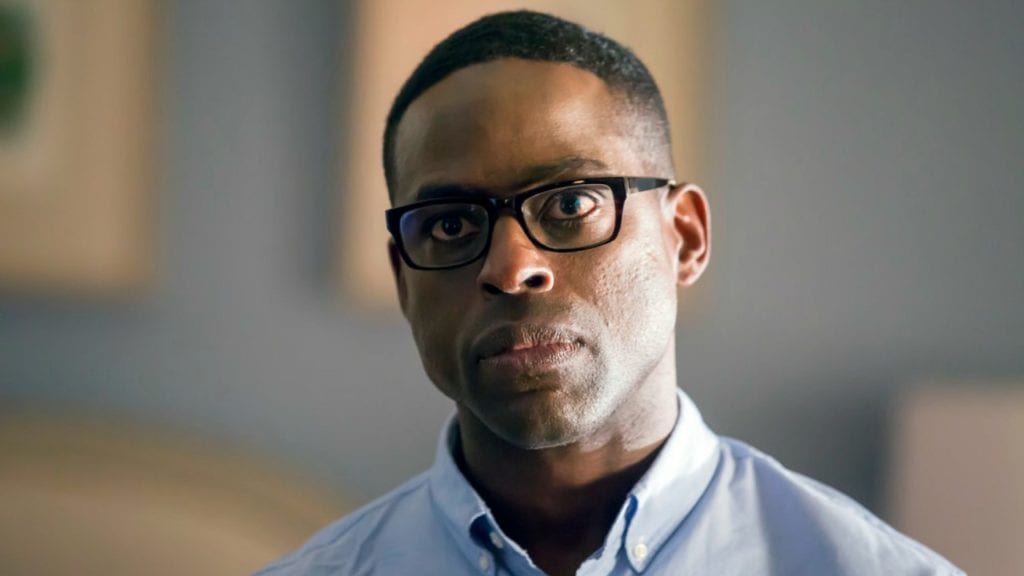 Back in Philadelphia, Randall and his girls have a big day of firsts.

Randall has a literal open door policy, where he will be meeting with anyone who wants to complain about an issue – much to the dismay of his assistant.  He makes sure to speak to every last constituent, even though it means missing out on the drinks with the other council members. Fed up of the constant eye rolls and huffs, he eventually challenges his assistant. She breaks it to him that he is doing the job all wrong. He needs to schmooze the other council members and fire inexperienced Jae-Won. Randall instead decides to let her go, in favour of his friend, who has been there since day one. Worrying they’re too naive, Jae-Won assures him they are, and that’s how they’ll survive. They aren’t here to progress on to Washington – this is their goal, to make change for the real members of their community.

At the house, Tess, Deja and Annie have made it through their first days as the new kids at school. Deja is beaming but is then summoned outside by a series of text messages. Worried about what she might have heard about him, Malik breaks the news that he is a father. Deja worries this is all too complicated, but Tess drops some Pearson wisdom – Deja seemed pretty complicated when she arrived, and look at her now. Tess is also struggling, she thought by starting a new school, she could start as out and proud, but already on her first day she has lied to someone about finding a guy hot. She’s still struggling to accept her new identity, and at a loss as she feels she can no longer talk to Beth about it. Deja reminds her, that even when Randall and Beth don’t know what the problem is, they’re still there.

Still working on home renovations, Kate has an altercation with an angry neighbour over car parking. She later joins Toby at lunch with clients, where he is looking like a new man in new suit with new bod. An awkward moment when Kate cannot fit in a booth only highlights Toby’s change more. Toby tries to cover the awkwardness, but Kate can see the cracks.

Back at the house, she demands to see him shirtless. Toby gives in and she is confronted by his new gym body. He comes clean about his cross fit sessions, explaining that after his heart attack, he doesn’t want to drop dead on Jack. He also didn’t want to shame Kate who has not had any time to focus on her own diet. Kate takes this as a personal attack, she is only getting bigger as she continues to stress eat, and is confronted by her own potential mortality.

Taking a moment outside, her angry neighbour is back, and Kate is having none of it, needing the moment to cry. The neighbour softens, explaining he recently suffered a stroke and had to relearn everything, from walking to chewing. He lost his job, so his only goal is to walk a mile a day, around the block, to strengthen himself. Except he can’t do that when Toby continues to block the sidewalk. He shares a moment with Kate, and leaves, assuring her he can still key a car if necessary.

Kate is able to reassure Toby how proud she is of him. She decides to meet up with her neighbour for his daily walk, baby Jack and Audio in tow. They’re gonna be the toughest gang on the block.

We get to see more of Jack and Miguel’s relationship. Jack has made a huge mistake at work that will cost the company thousands of dollars. He’s fired, and shellshocked at how he could have done this, and where he will go next. But he doesn’t need to be. Miguel storms in to the office and makes sure his boss knows his, and Jack’s worth. Fire Jack, then he loses Miguel and the millions of dollars that his clients make the company. Jack’s job is secure and that night Jack checks in on his friend, who is still busy at the office. Never great with mushy emotions, Jack makes sure Miguel knows, if he ever needs anything, Jack is there. Miguel tells Jack he loves him too.

The big three are in transition mode, it’s Kevin and Kate’s last day of summer, and Randall’s first day back at school. Randall gets a dress code violation for wearing sneakers, causing him to have a panic attack. He calls home to speak to Rebecca, but she’s busy completing a workout video with Kate. Kevin, who has been busy having a me day, answers instead. Hearing the panic in Randall’s voice, he takes charge and heads to meet his brother. Kevin forges Rebecca’s signature, and calms Randall. It’s touching to see the boys bonding after last week’s confrontations at the pool. Kevin may struggle to think he’s a good person, but when someone needs him, he’s there. He checks in with Randall back home and the big 3 have a bonding moment over Kate’s pool kiss.

There’s a lot of emotional toll being carried by everyone in this episode.  But no matter what form, state or timeline, the Pearson’s can still enjoy the little moments together.