Let’s take a peek at the moments that definitely made you cry (or almost cry) during last night’s episode “What Now?”

Randall tells Kate that while it was hard for him to lose two fathers he recently had a dream where the two of them were together and they were laughing and telling their favorite Randall stories. We were lucky enough to actually see this dream come to life, and wow do Milo and Ron just light up the screen together. William is telling Jack about how Randall taught him how to drive and Jack tells him the story about when he taught Randall to drive. Seeing these two together was beautiful but such a dang tease because now I want more. Randall was so lucky to have these two men come into his life.

“I’m OK. I had a dream last night that Dad and William met. I walked into the living room, and they were talking and laughing like old friends.”

A couple of things worth mentioning in this scene. Jack’s look and facial hair are huge storytelling devices for the show. Now, at his funeral they showed us a picture of mustache Jack but in this scene, where is he bonding with a now deceased William, he is in pretty much the same outfit we see him wearing throughout this episode. Just worth noting that it’s another nugget to this mystery of his time of death.

Also, Jack is telling a story about when he taught Randall to drive. Now, since he and Rebecca are still driving the kids around could that possibly mean that we will still have a little bit more time with him despite what this episode lets on? Hopefully.

I really wish that Milo got to interact with more of the present day cast. You just know that those scenes would be dynamite.

Kate struggled during William’s fun-eral. Having gotten back from her camp and starting therapy, all of her emotions are just pouring out at an uncontrollable rate. She is reminded of her own father’s death and runs out crying and telling Toby to leave her alone, which for once he actually does. Randall comes out to comfort her and tells her that she needs to start opening up to those who are important to her (cough Toby cough).

Kate takes Randall’s advice and tells Toby exactly why she has so much trouble talking about her father’s death. She drops the huge truth bomb (that we all kind of expected) that it’s her fault that Jack died. 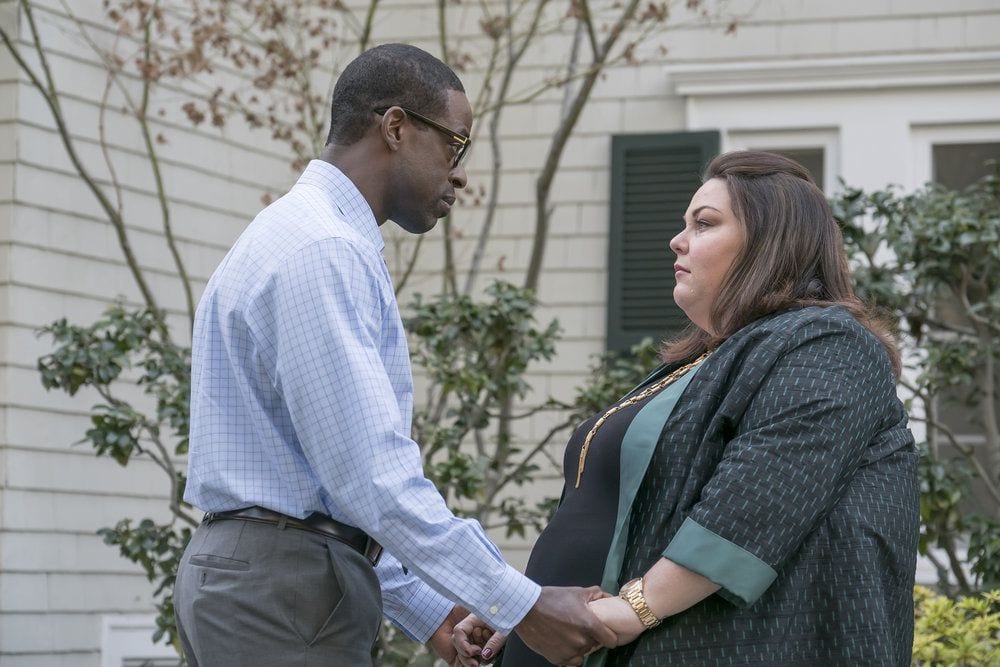 “I’m not the guy to tell you how to handle your feelings. But I’ve learned that you gotta let ’em out, you gotta share ’em with the people that love you.”

Seeing this scene reminded me of how little we have seen of Randall and Kate together, despite the season starting off by insinuating they had stayed close over the years. I vote for more Kate and Randall!

We can talk more about Kate’s revelation towards the end of this recap, but I think that it’s going to come out that she was not responsible for it at all. I can’t imagine what carrying around that kind of guilt must feel like though. I also feel as if this is something that she has never told anyone in her family before, which could lead to some very interesting conversations moving forward.

This was a long time coming. When Randall found out on Thanksgiving that Rebecca had told William to stay away he was rightfully furious and hasn’t been able to look at his mom the same since. Rebecca doesn’t feel right attending Williams memorial, but she goes because she was invited by the girls. When she finally gets a chance to talk to Randall she profusely apologizes for what she did. She explains to him how terrified she was to tell him about William after discovering that he was finally back on his feet after the drug problem. She kept pushing back telling him year after year because by then she knew that the lie itself would devastate him.

She apologizes for being the reason that he did not have more time with him, fully accepting that it was her fault. When she explains to him that William was such a huge part of what made Randall special, he softens. He sees how much she is hurting and tells her that he had enough time with him to know that he loved him. All is forgiven.

“Your father — Jack, I mean — he taught you a lot about honesty and courage. But the truth is you came into this world pretty perfect,” she said. “And I think you got that from William.”

2. The Mystery of Jack Continues

Jack is still not taking Rebecca’s leaving for tour very well. He is supposed to be home by 5:30 to say goodbye, but is a stubborn ass and hangs around celebrating Pench’s retirement – a guy he doesn’t even care about. By the time that he gets home Rebecca is frazzled and annoyed that he is acting so non nonchalant about something so important. The air is heavy and there just isn’t enough time to sort everything out before she leaves. Jack gives her a pitiful goodbye and doesn’t even help her with her bags outside. It was not a good look. After she leaves Kate gives him a look saying “what the hell are you doing?” which prompts him to run after Rebecca, but he is too late.

Later that night when he’s dropping the kids off at a party, Kate asks him if everything is alright with him and Rebecca. He tells her that of course it is and that she has way bigger things to worry about than what’s going on with her parents. She tells him to not sit alone at the house sad all night so he decides to go to the bar where the retirement party moved to. After slamming a few drinks and turning down some advances from a co-worker, Jack decides that it’s time to go after Rebecca. Her first gig was only two hours away. He calls to get the kids taken care of for the night then asks to speak to Kate. He tells her that she was right and that he needs to make things right with Rebecca. He is clearly intoxicated, but still gets behind the wheel. 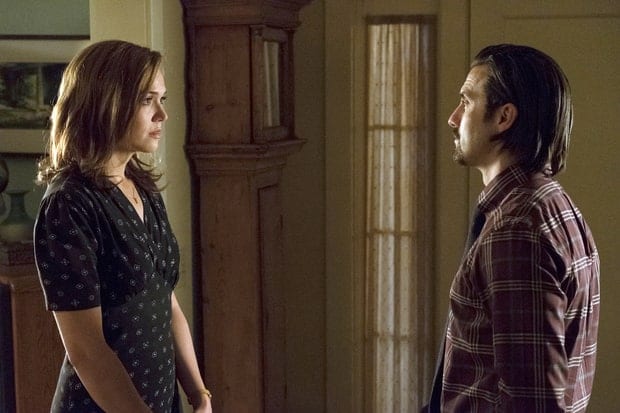 Okay! So, here are my thoughts on all of this. This show LOVES it’s twists and turns. Jack driving off clearly drunk is a pretty obvious insinuating that he will most likely be involved in an accident. Pair that up with Kate saying his death was her fault and him telling her on the phone that he is following her advice also points to this being the night he dies. I am going to call bull on that. Why would a series that has found so much success on plot twists be so blatant about the show’s biggest mystery?

I don’t think we will find out what happens until next season. I feel we have much more to explore in this time period than we have gotten so far. That’s just my thought on the matter!

While starting to pack up William’s things, Randall and Beth find a note that William left for their daughters saying that he wants them to plan his memorial service. He claims that adults make them too sad, and the girls were more than happy to oblige. The only thing that Randall wants to do is give a eulogy, which they deemed too sad so instead he will be giving a toast. They’ve got rainbow balloons and confetti and bright decorations. Fun this funeral will be!

The decide to act out William’s perfect day, starting with breakfast and pills, which are really just M&Ms. While everyone is enjoying the service, Randall finds Beth in the kitchen staring at all of William’s medicine, which she had just refilled. She tells Randall how sad she was that she never got to say goodbye. Randall got Memphis and the girls got the memorial note. She loved him too and was really taking that lack of closure hard.

When it comes time for Randall to give his toast he decides to have Beth do it since she was the one that spent everyday with him. It was the best move that Randall could have made in that moment. She does an absolutely amazing job.

“I’m pretty mad at him. For leaving, I guess. Will was a lot of things. He was a father, an artist, cheater at every card game. God, he was my friend. I can look all over this house and see the memories that we shared. Every time I walk past the bathroom, I can hear him humming while he brushed his teeth.

…He was endearing as hell. And even though we only had him for a few months, he’s part of our fabric now. We’ll remember things as before William and after William.”

Not a dry eye in the house. Later that night she is going through the mail and finds a postcard that William sent her from Memphis. In it he says goodbye and refers to her as the daughter he never had. And much like Beth I completely lost it too.