In the first episode of House of the Dragon, King Viserys Targaryen announces his plans to break from tradition and allow a female successor. He wanted his daughter, Rhaenyra Targaryen, to occupy the Iron Throne after his death. The King’s opinion on the matter never changed, even after he had sons with his second wife Alicent Hightower. At the end of last week’s episode ,King Viserys died, and Sunday’s penultimate edition showed that no one had planned to honor former ruler’s wishes.

If you have not seen the latest episode of House of the Dragon, beware! This article contains MAJOR spoilers that could ruin your viewing experience. Read ahead at your own risk…

Alicent, Otto, and others had spent some time hoping Viserys would change his heir before he died. In their final conversation Alicent believed Viserys did just that- though viewers know it was a miscommunication. Its turns out Otto and other members of the Small Council had been planning on getting Aegon on the Iron Throne regardless of what Viserys said.

In Sunday night’s episode, “The Green Council,”, we learn early on that there was a plan to dethrone the current King and instead crown Aegon. This plan was long put in motion before Alicent ever spoke with Viserys. However, part of said plan includes killing Rhaenyra, Daemon, and their entire family. Otto believes that for Aegon to be seen as a great leader with a legitimate reign – eliminating any competition is key; And Rhaenyra is unfortunately viewed as such competition. 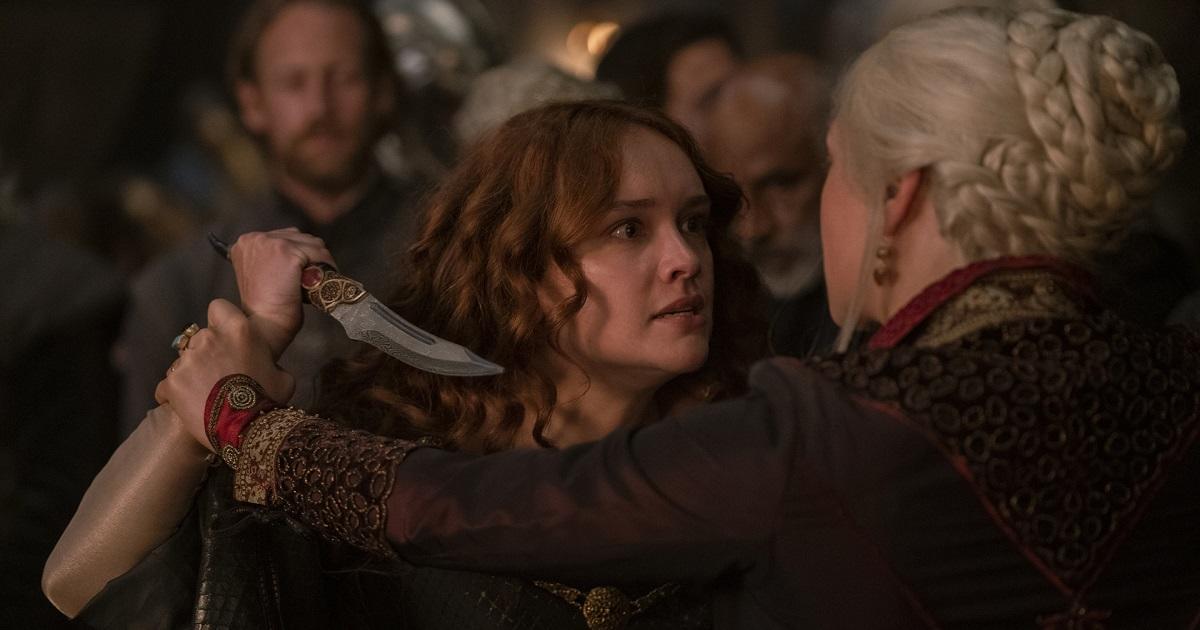 Without Rhaenyra in King’s Landing, Otto and the Small Council are finally able to take action.

Rhaenyra explains at the end of last week’s episode that she will go back to Dragonstone with her family before flying on her dragon to King’s Landing. Otto still plans to have Rhaenyra killed, but it is no longer necessary for him to do so in order to start making moves toward crowning Aegon II.

What did you think of House of the Dragon in its first season? Let us know below!