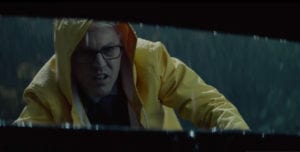 ‘Saturday Night Live’  really went to the clowns this week. What is the only thing a scarier than Pennywise the killer clown from Stephen King’s ‘It’? Evidently, Kellyanne Conway if you are Anderson Cooper. 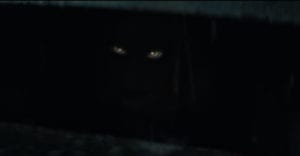 In a homage to Pennywise, this SNL skit introduced us to Kellywise the Dancing Clown (Kate McKinnon). As poor Andy Cooper (Alex Moffat) leaves the CNN Center heading home on a cold rainy night, he mistakenly drops his guest list for his next show and it floats its way right into that infamous sewer drain. Just a terrifying as Pennywise, Kellywise’s eyes glow and her makeup well it was toned down for a change.

Just as evil as Pennywise, Kellywise called out to little Anderson Cooper with all the things he loves to hear so he will just come closer to the sewer. However, Anderson does not take the bait even with the promise of crazy quotes. Kellywise then pulls out Anderson’s worst fears in the form of newspaper headlines that his nightmares are made of such as “Anderson Cooper Fat Now” and “Trump Re-elected for Second Term”. Still, little Anderson Cooper stays strong and fights his fears.

However, just like Pennywise, Kellywise knows EVERYONE has something that will make them crawl into the sewer and Anderson Cooper is no exception. She puts on her Hillary Clinton face and offers Anderson her new book and that was all it took to bring him into the sewer where Kellywise got to sink her evil clown teeth into him.

Waking startled, realizing it was all a nightmare Anderson Cooper prepares to start his show and looks to see his guest is none other than Kellyanne Conway or should we say Kellywise?