The post contains spoilers for Season 8 of The Walking Dead.

The wait is almost over, Walking Dead fans. Whether you fall on the side of being ready to watch Carl Grimes’ final episode or on the side that needs just a little bit more time to wrap your head around it, The Walking Dead is returning on Sunday, ready to kick off the back half of season 8. We’ve watched the promos, we’ve read the interviews, we know what to expect, but these new photos released from Sunday’s upcoming episode provide some new glimpses into the big midseason premiere, including a few with Carl and Judith that we can’t even handle.

Take a look below! 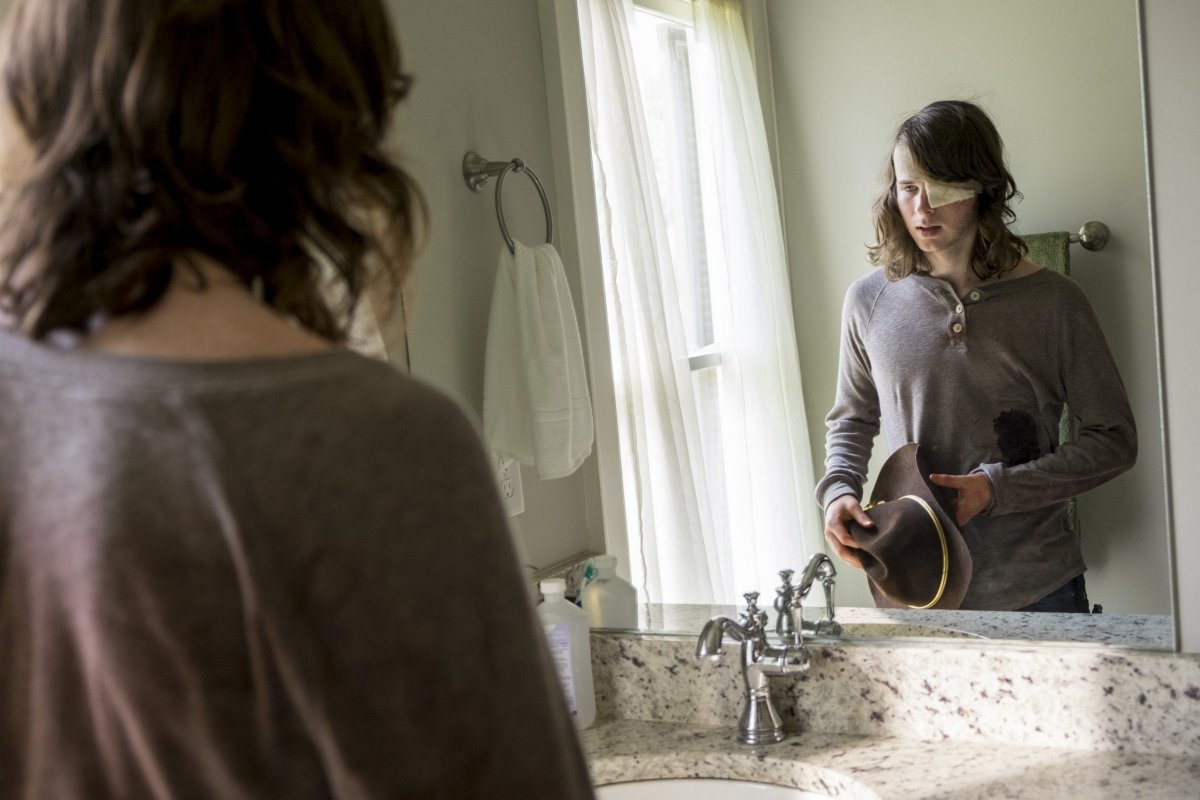 Since we saw Alexandria burning to the ground in the midseason finale, it’s safe to say that we are going to be getting some flashbacks to the aftermath of Carl’s bite. 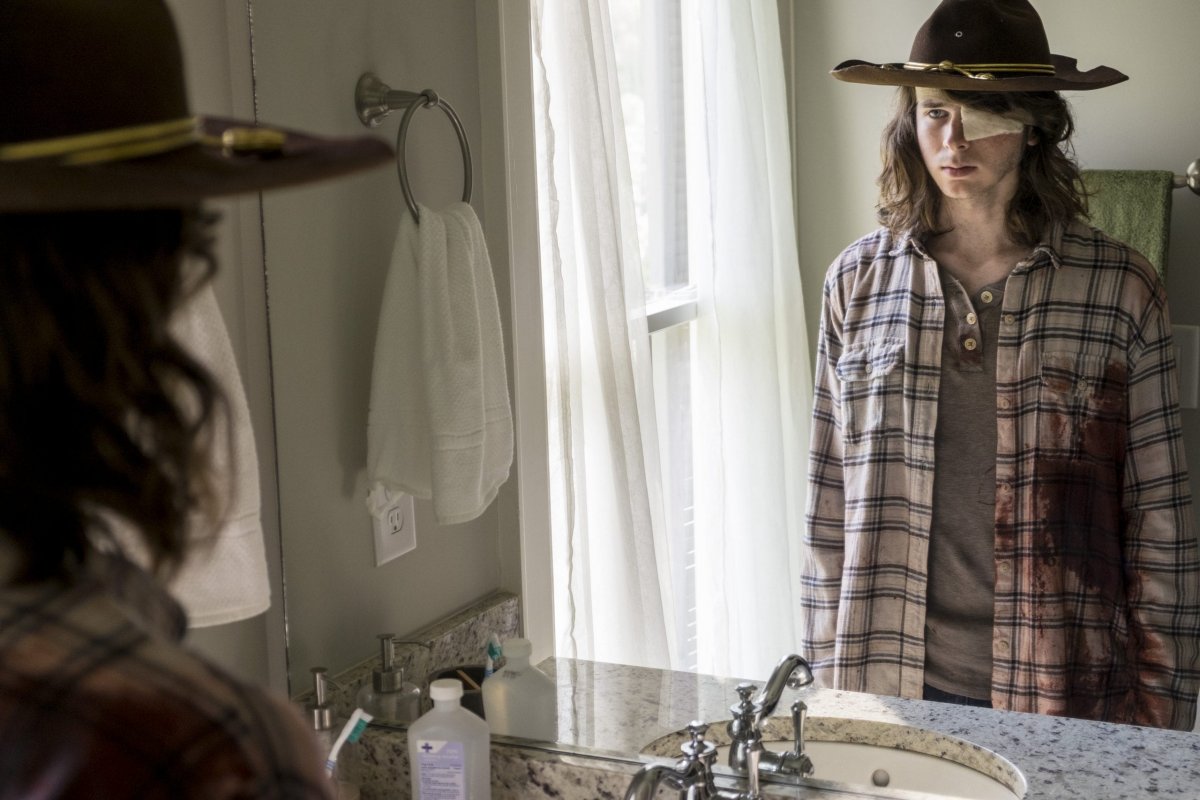 We’ll most likely get to see his stages of grief and acceptance as he works his way to his decision to go out as the hero of Alexandria, saving all of the residents from Negan’s attack. 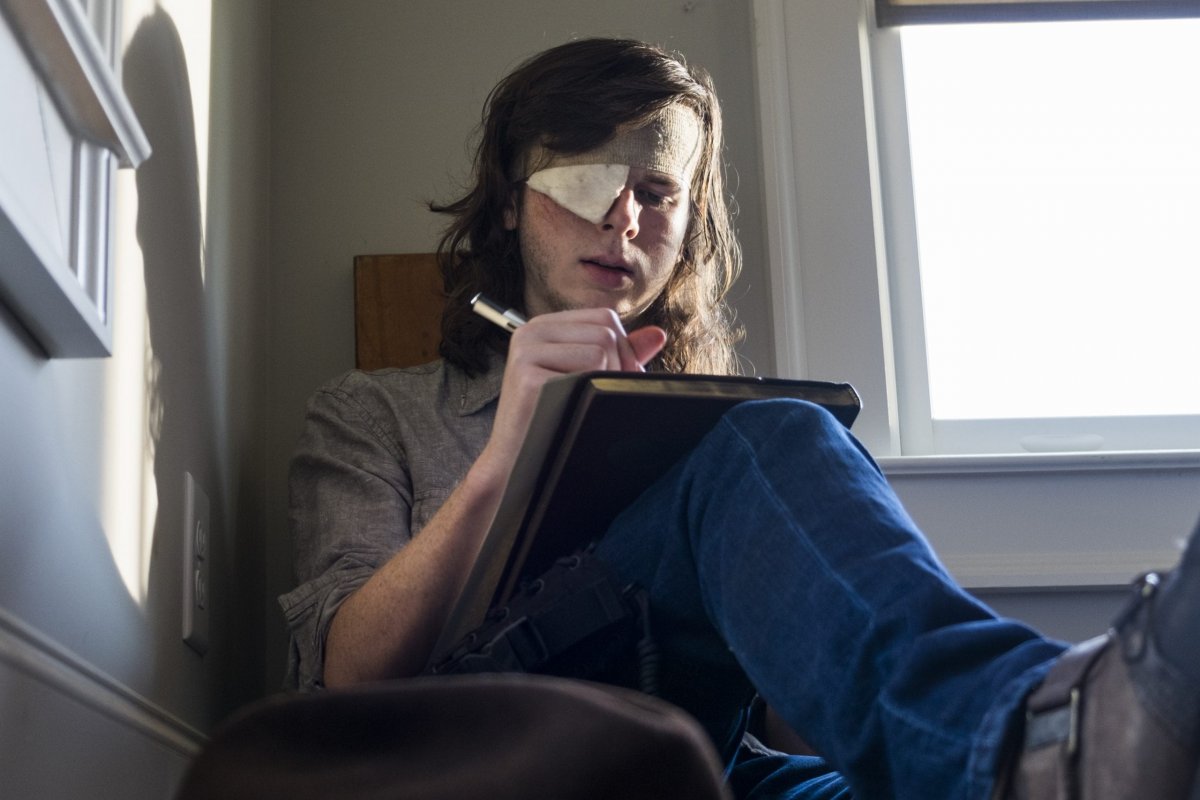 We know that Carl writes a letter to Rick and hopefully, we will get to learn what he wrote him, but we also want to know who else he wrote letters for. A lot of these people, including Carol and Daryl, have been in his life since the beginning of the apocalypse and it would be sweet for him to leave them some parting words as well. 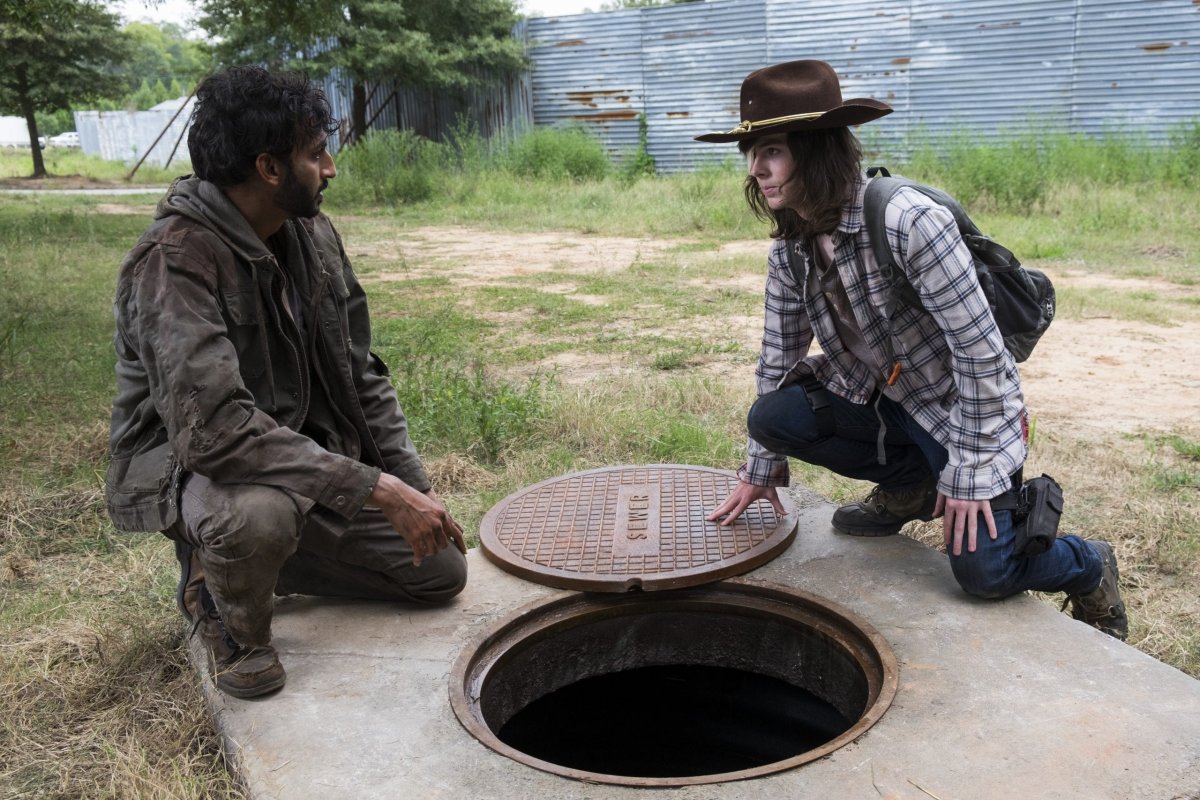 What’s interesting about this photo is that Carl’s shirt doesn’t look nearly as bloody as it did during his scene with Siddiq in the woods, which presumably happened before this moment when Carl shows his the sewers outside of Alexandria. 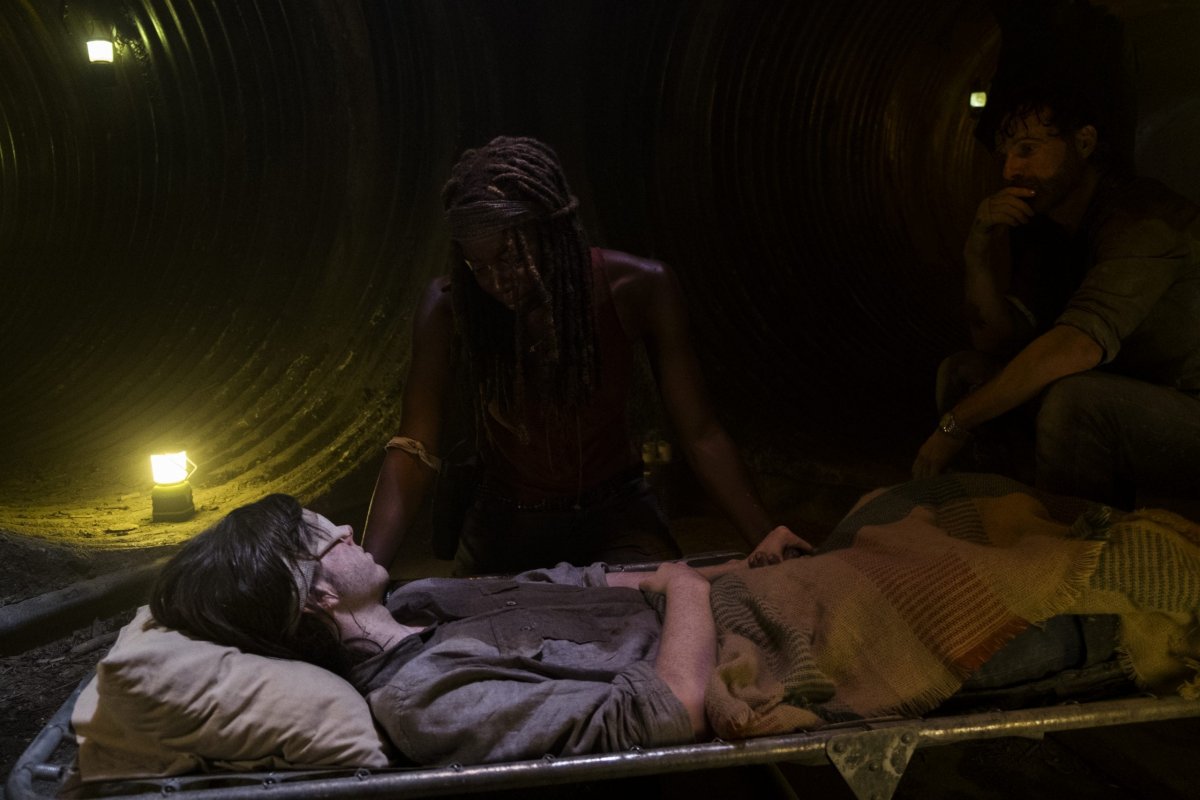 Carl’s death is going to be a devastating loss for Rick, but it will also have a huge impact on Michonne who not only became a good friend to Carl but a mother figure to him as well. She’s already lost a child and we’re certain that this loss will have lasting effects on her. It’s going to be interesting watching Rick and Michonne come together when neither of them will be anywhere near healed enough to help the other through it. 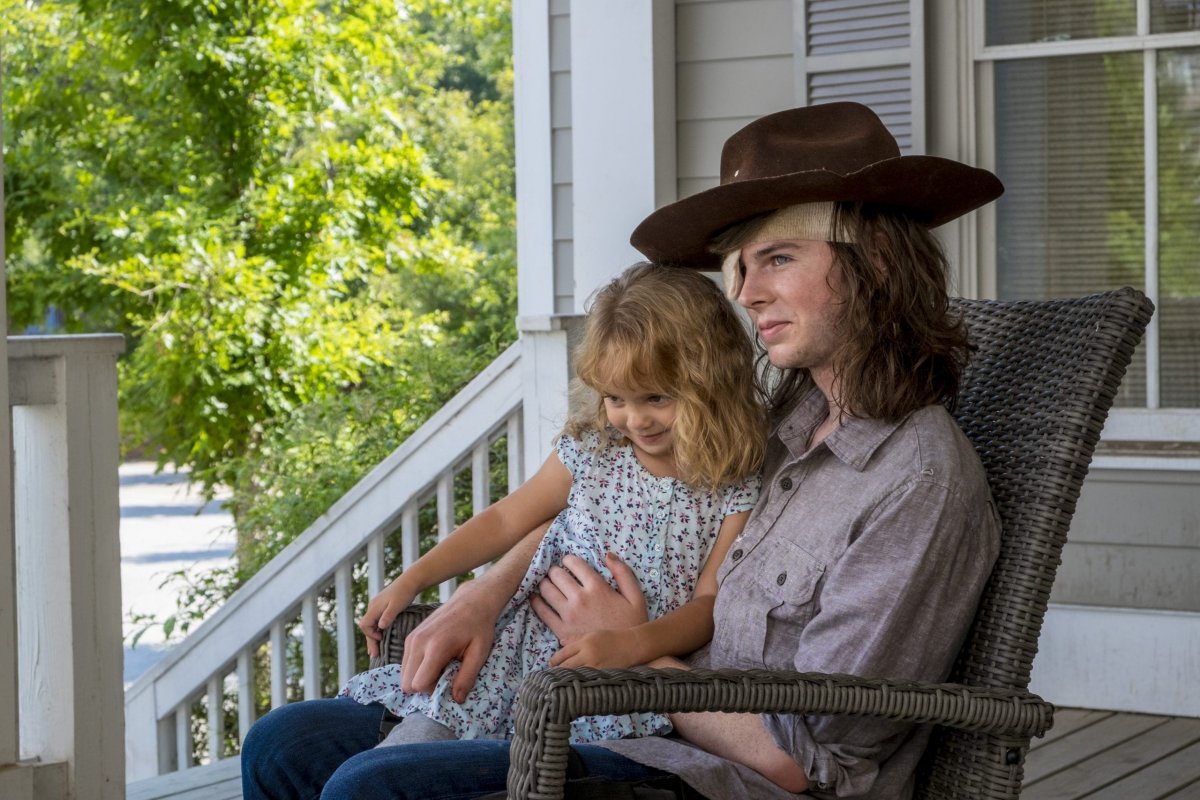 Carl’s death goes beyond Rick and Michonne though because Judith will be losing her older brother. Rick has always had the safety of both his children in mind, but Carl has been his guiding light throughout the whole series. The way that Rick always looks out for Carl, Carl looks out for Judith and it’s actually crushing to think about him having to say goodbye to her. 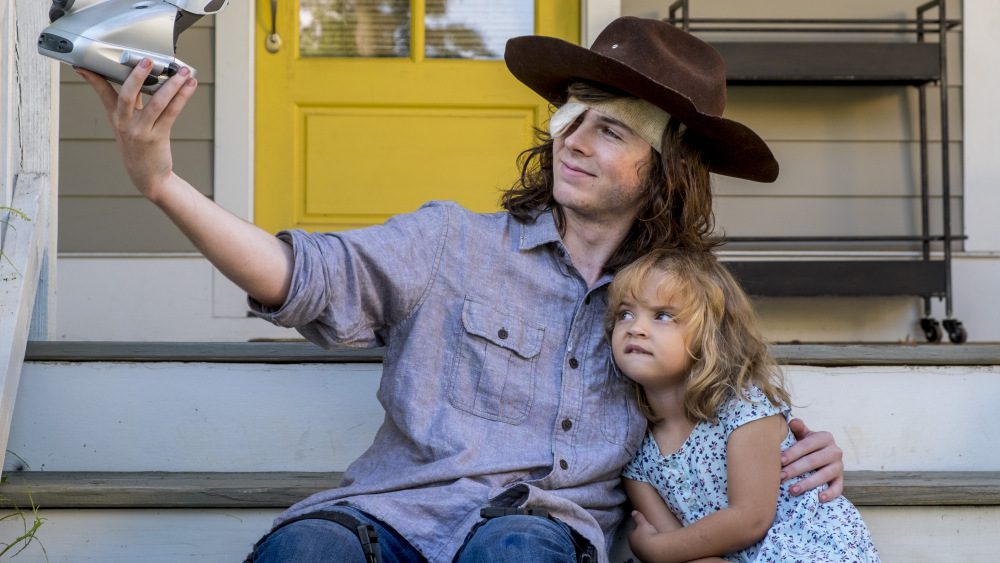 He’s clearly going to be doing everything he can to make his final days with her worth every second. We can’t even comment on him taking of photo of the two of them because our hearts are just not okay with it. Thank goodness for the longevity of  Polaroid cameras. 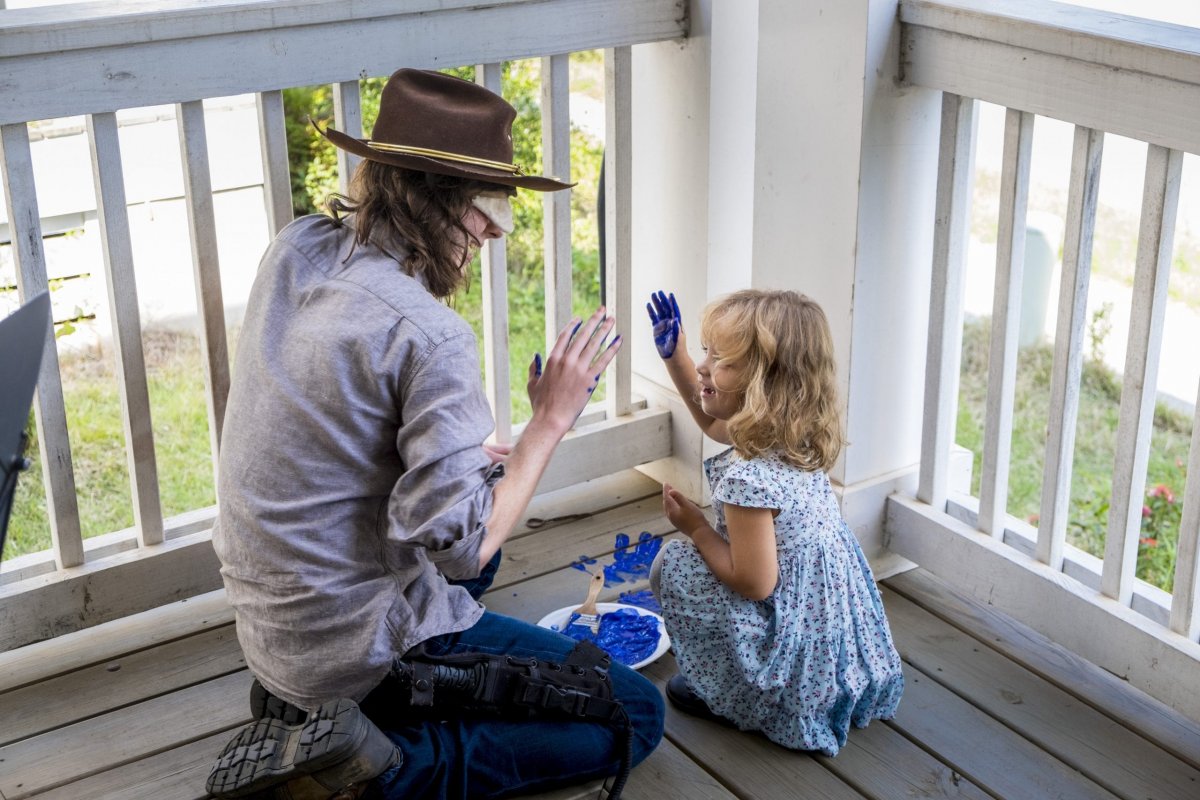 And here’s one more to really dig the knife in. 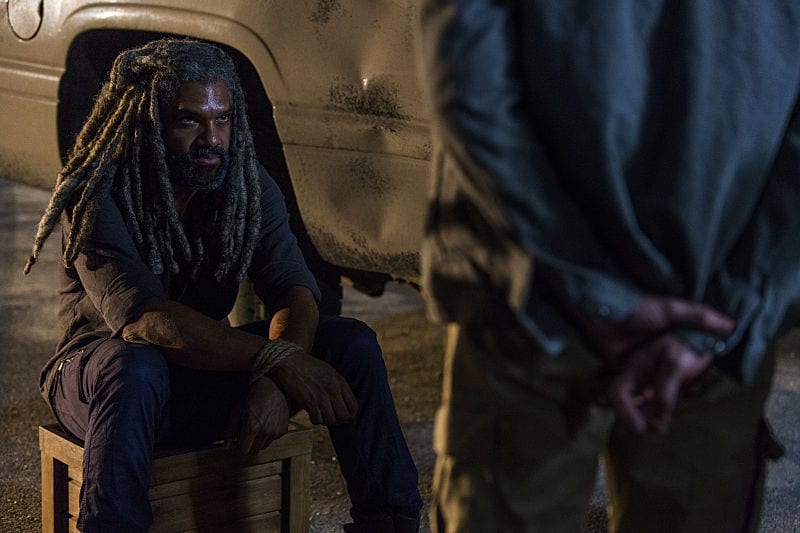 Things aren’t looking too good for King Ezekiel either, who was captured by the Saviors in the midseason finale after making sure that all of his people got out safely. 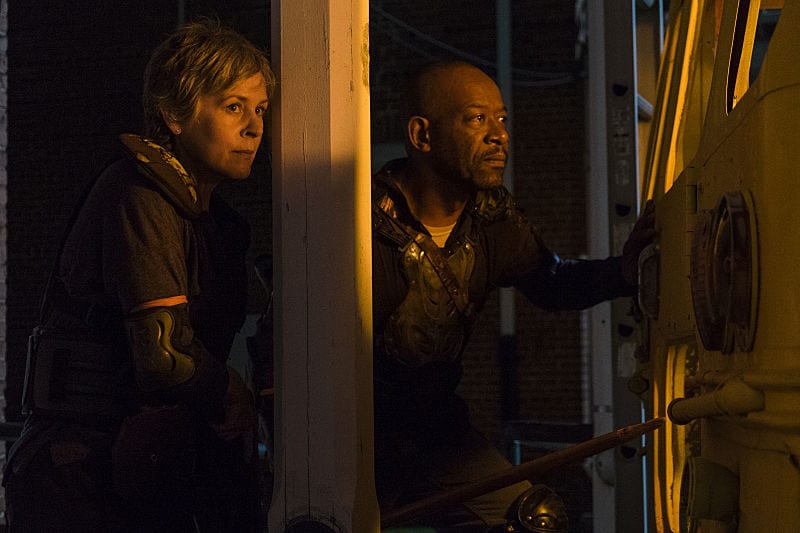 Thankfully, he’s got Carol and Morgan on his side who are certainly not about to leave their King behind. 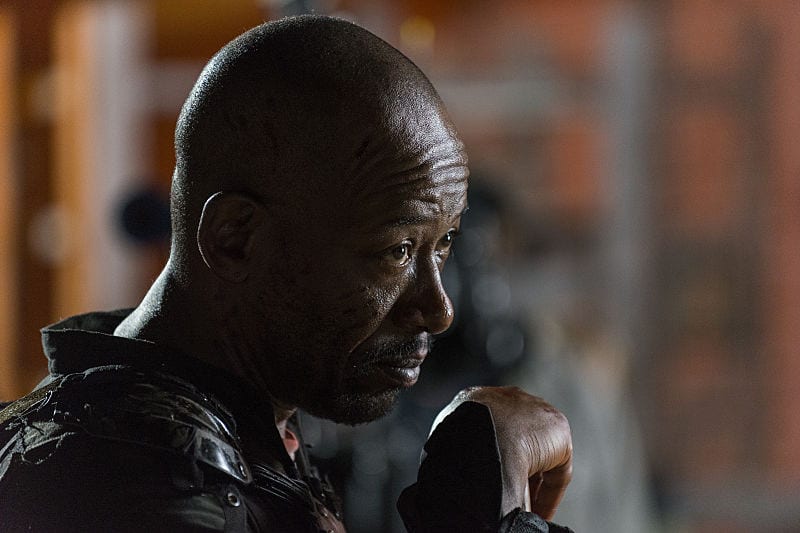 We all know that Morgan will be crossing over to Fear the Walking Dead so it will be interesting to see just how soon into the back half of the season they start planting the seeds of his departure. 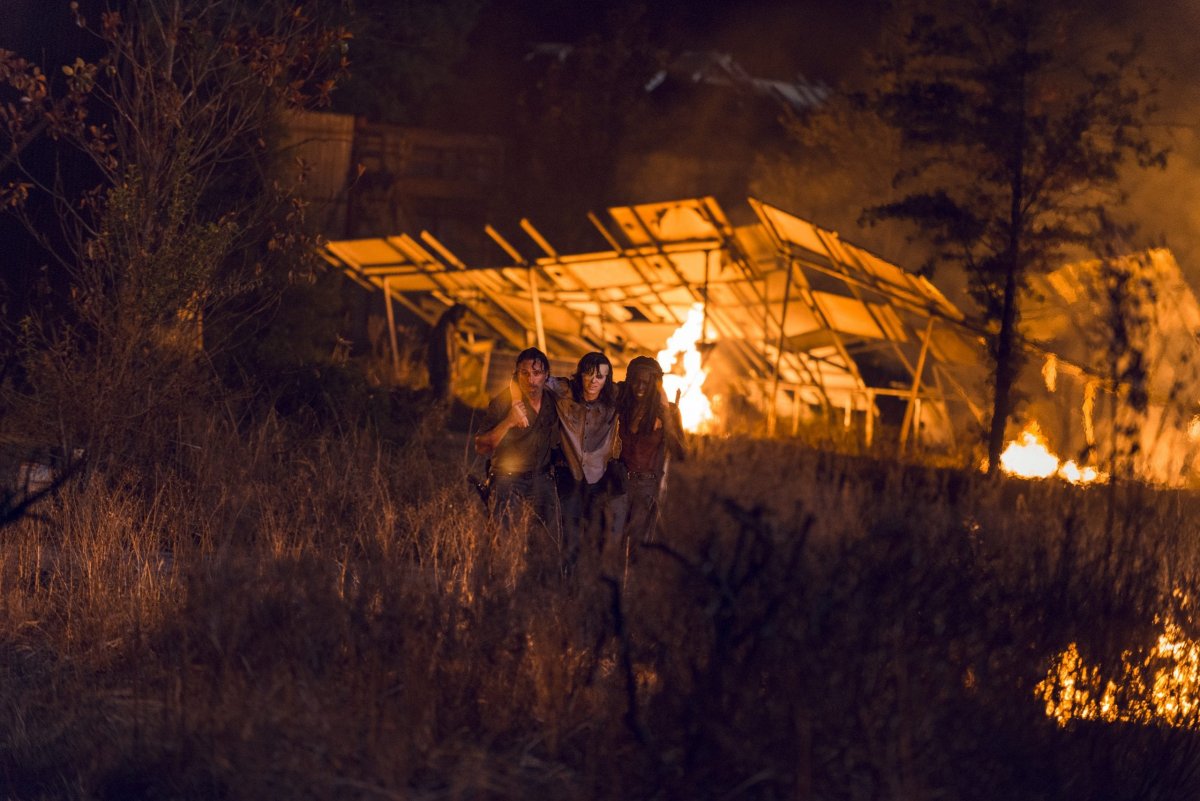 Be sure to tune into the midseason premiere of The Walking Dead this Sunday on AMC at 9:00 pm EST and check back to Fan Fest for all of your zombified news coverage!

‘The Walking Dead’ Deaths: Why you Should Give it Another Chance

WATCH: A Behind-the-Scenes Look at What’s to Come During Season 8B of ‘The Walking Dead’