It appears that Game of Thrones is taking the words right out of Daenerys’ mouth when it comes to smashing TV records, “Shall we begin?”

To no one’s surprise, the season 7 premiere of Game of Thrones came stomping onto the scene like a giant white walker. Let’s take a look at some of the records it broke. 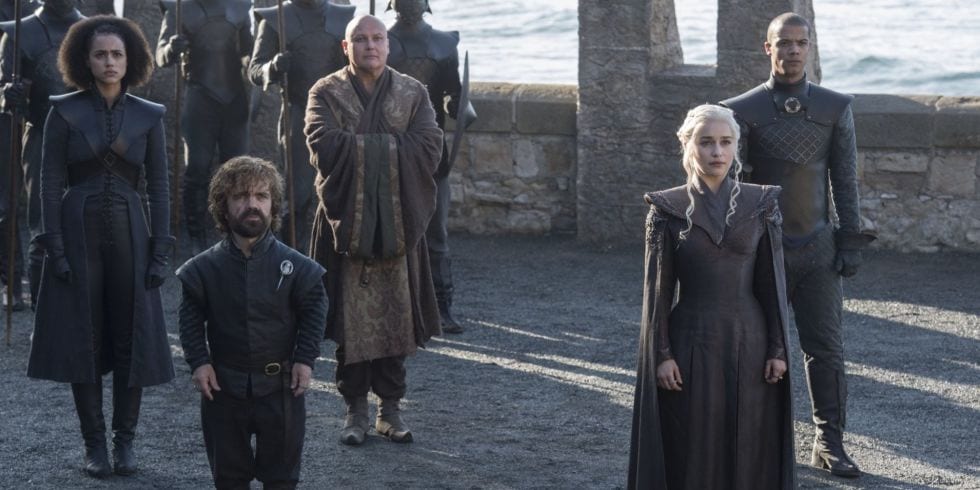 1. The most-watched season premiere for any HBO series to date.

The season premiere has currently totaled 16.1 million viewers. This breaks down into the 10.1 million who watched live on the linear channel ( watching the show live via traditional pay TV) and the remaining 6 million coming from DVR and streaming services such as HBO NOW and GO.

These numbers are especially astounding due to the fact that for the first time ever Game of Thrones premiered in the summer rather than the spring. It’s widely known in the world of television that viewership is usually higher in the latter.

2. The most watched episode of the series.

EW reported that “Dragonstone’s” numbers equal to a 50 percent increase from the season 6 premiere. The 10.1 million linear viewers also tops the most watched episode of the series, the season 6 finale with 8.9 million viewers.

3. The most-tweeted episode of all time for the series.

Social media was buzzing on Sunday night with 2.4 million tweets being sent. To probably no surprise now, Ed Sheeran’s cameo drove approximately 7% of the conversation.

4. The highest number of viewers across the streaming services HBO Go and HBO Now.

This record is just further proving that streaming services can still release episodes weekly as opposed to entire seasons and receive high viewership.

If these are just the records for the season opener, there’s no telling what other records season 7 will break!