Batwoman has been kicking ass these last few weeks! New villains, a new bat-suit, and even a new Batwoman! It looks like the show has it all these days and it’s really improving since Javicia Leslie took over. The Batmobile especially has been a highlight, in my opinion, I’m really digging the orange color scheme on it. It’s the smoothest Batmobile we’ve seen in live-action thus far if you ask me. In the next few weeks, we should be seeing the debut of Black Mask and probably a concrete reason why Kate Kane will never come back. Javicia Leslie has really made the role her own and I can’t wait to see where the story takes us. In order to get us even more hype, Javicia Leslie has gone and posted a new poster on her Instagram. Yeah, there’s a new Batwoman poster and it’s freaking awesome! 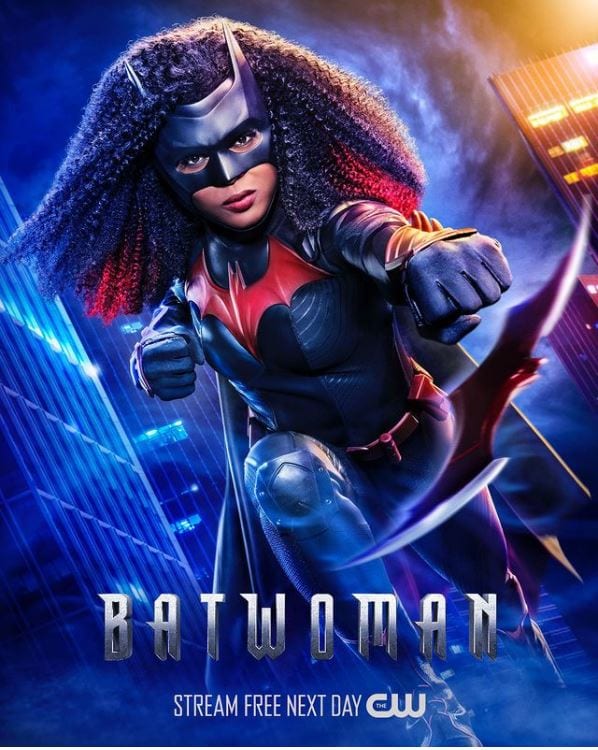 The new poster is pretty sick and sports a blue color scheme. It features Batwoman, front and center like she’s gonna punch your freakin’ lights out. There’s also a Batarang flying ahead so watch out for that, friends. The poster is awesome, I like it, I just don’t understand why we’re getting it. Yeah, it’s cool to look at but what’s the point? We’ve seen a ton of posters almost exactly like this one leading up to the show starting. Oh well, I suppose more DC stuff is better than less DC stuff so I’ll allow it.

Batwoman’s been back for six weeks now, I believe and has already surpassed the previous season. Batwoman airs every Sunday on The CW and if you miss an episode you don’t even have to worry! You can always catch it for free the next day on The CW’s website. Or even on The CW Seed! How awesome is that?