Last night there was a screening of Guardians of the Galaxy Vol. 2 and it has been confirmed that there are 5 Mid/Post Credits scenes. Now since the film hasn’t premiered yet, there is an embargo from anyone sharing any of the details but it seems as though 3 out of 5 of the scenes are fun little moments while the other 2 might be more substantial in terms of length and importance.

If we remember the first Guardians of the Galaxy, the Mid/ Post Credit scenes were Baby Dancing Groot and Howard the Duck. I’m willing to bet many of these Mid Credits will be quick snippets of the characters like we got with Baby Groot last time. As for the more substantial segments, one could explore the relationship between Gamora and Peter; but the bigger chance is that one scene will lay the groundwork for Infinity War. 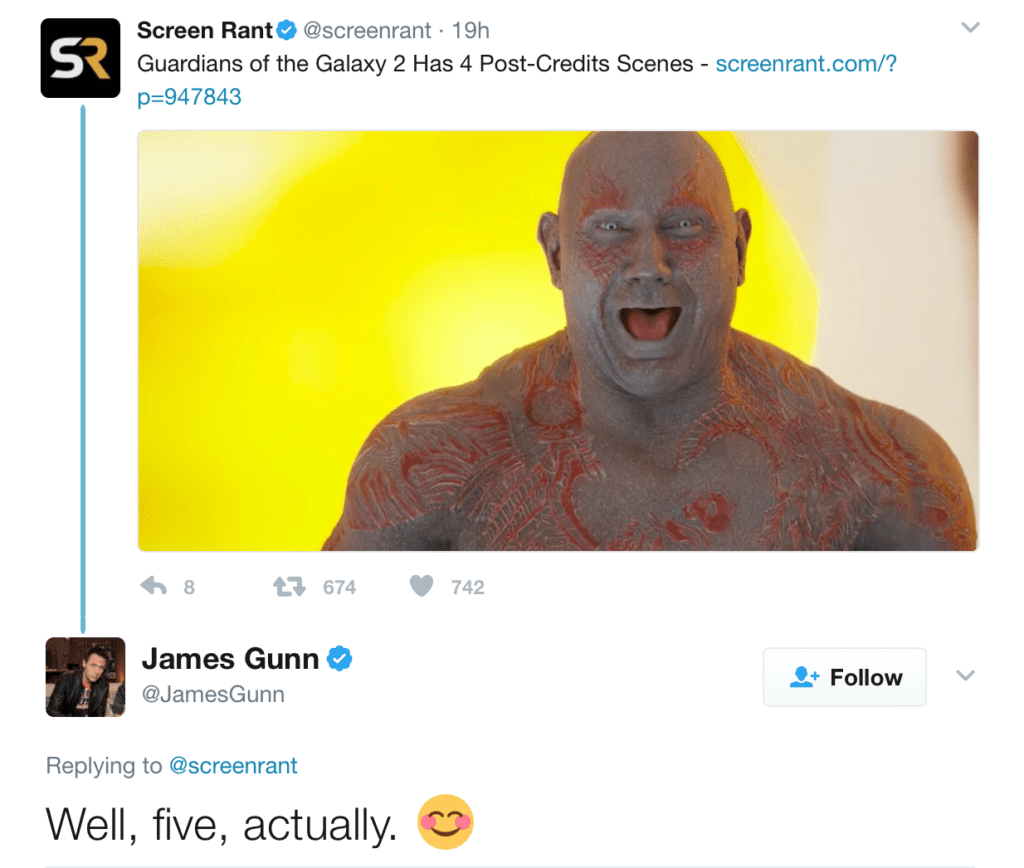 Since Gunn is working on that film as well, it would make sense for us to get another check in with Thanos. After all, we haven’t heard from him since Avengers: Age Of Ultron. But what do you want to see from the Mid/ Post Credits scenes? More dancing? More set ups? Sound off in the comments!

Home » Movies » There Are 5 Post Credit Scenes In Guardians of the Galaxy Vol. 2