With Arrow, The Flash and all DCTV shows this early into their new seasons, it’s hard to really come up with any substantial theories. Each new mystery is still too young, but there is one mystery in Arrow that has persisted from last season: Who is Vigilante?

Of all the Arrowverse mysteries, this has been the best guarded thus far with both misdirection and limited facts. So I needed some help. This week I enlisted the aid of The Arrow Cave – Facebook’s largest and most insightful community of Arrow fans – as well as one of Fan Fest’s resident Arrow-experts Julia Valenti to help me narrow down our best guesses at Vigilante.

Now Captain Pike has been around for a while. Though as a minor character outside Team Arrow, you might not have paid him much attention; but he’s been around since Season 1. In the past he’s been on the side of the Hood/ Arrow so he knows the good “vigilantes” can do, but he’s also seen how ineffective they can be considering every year Star City gets hit with ANOTHER attack. He could be getting tired of going around in circles, only to see the same villains get out and threaten the city thanks to an imperfect system. Though more than this, there are two big points that make us suspect Pike is Vigilante – and both have to do with timing.

The first time we truly suspected this was after Oliver met with Pike to talk about laying off the Green Arrow. The following episode “Fighting Fire with Fire” had Vigilante targeting the mayor for his corruption; and sure he could have just gotten it from the news, but it’s still a little too close. Though the bigger clue is seen in the aftermath of the same episode and the following episode, “Checkmate”. Pike is severely wounded by Chase and after this, Vigilante is never seen again. Now Pike is back (as we saw in the Season premier) and Vigilante will soon be returning as well. Sure Vigilante was pushed off a roof last season, but he disappeared. When it comes to Pike and Vigilante, there are far too many coincidence. And yet; a trailer for this season makes us reevaluate this theory in favor of another character. 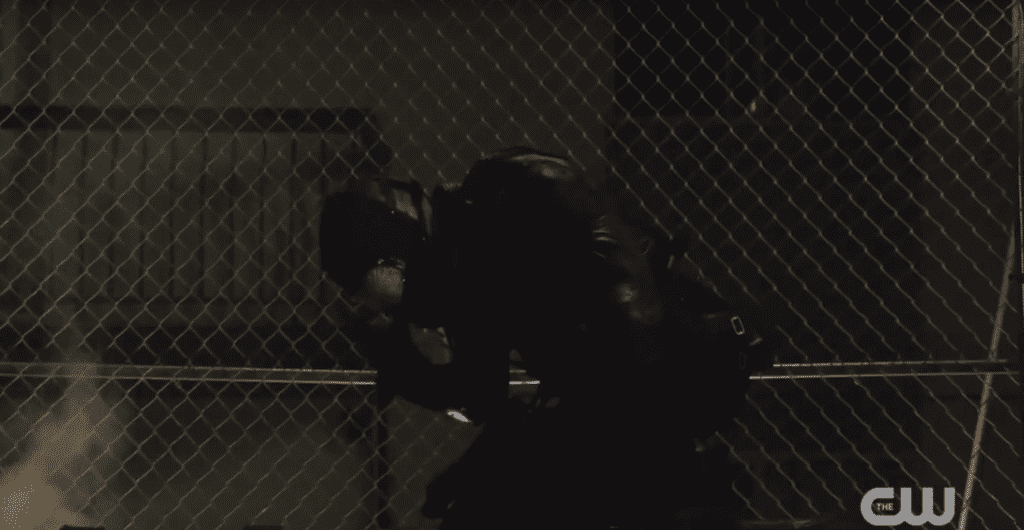 In the trailer, we see a very brief glimpse of what appears to be Vigilante about to take his mask off. There we actually get to spy the back of his head – and he’s white. Now maybe this is an editing mistake and the stunt double was used in the shot (thought it’d be a pretty big error) or maybe this is an entirely different scenario and someone is pretending to be Vigilante. Either way, this trailer does hurt our theory; but it does also show us an alternative theory – a theory that would make even more sense and offer the “connection to a member of Team Arrow” that’s been being teased for a few months now.

Now there’s a chance some of you don’t recognize that name. Well that’d be understandable because we only met him briefly in a flashback. Vincent Sobel (aka Vinnie) is Dinah’s ex-partner/ lover; and before you say “but he’s dead”, let me ask you one question: when has that stopped anyone on this show? In that previously mentioned trailer, we see that Dinah has a one on one fight with Vigilante and maybe I’m reading too much into it, but the body language/ mood just seems off. It’s almost as if both know who’s under the other’s mask. After all, why would she turn her back to Vigilante in such a situation. Why is Vigilante not immediately counter attacking since he seems barely phased by her strike? 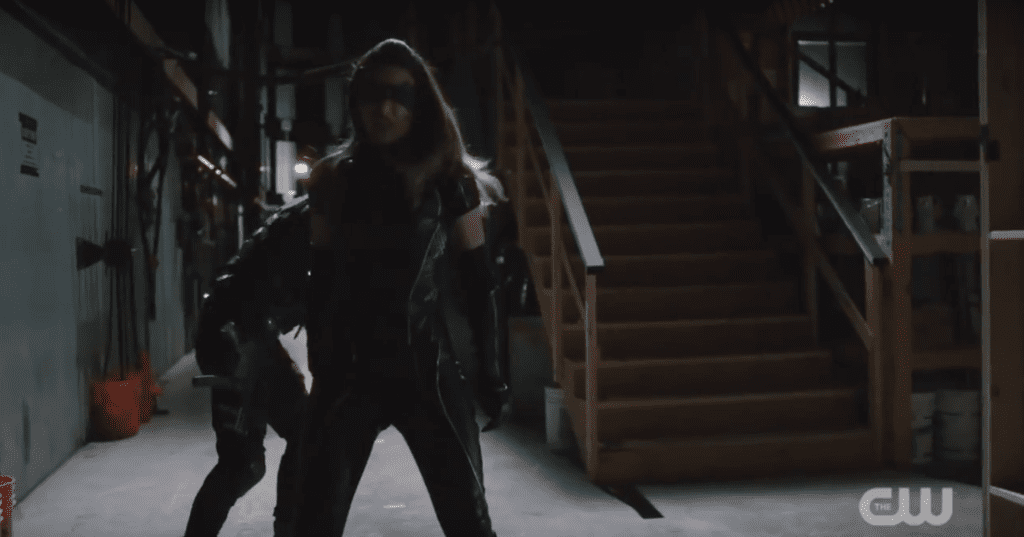 Additionally, let’s take a look at the first interaction between Green Arrow and Vigilante. Vigilante talks about the people he’s lost and at other points in the season talks at length about how crime is a war and every criminal deserves to be killed before they have a chance to hurt someone else. It’s not hard to imagine Vincent feeling this way after everything he and Dinah went through. Hell, when Team Arrow first found Dinah she wasn’t doing much different. She was a one person wrecking ball going through gang members. If Vincent survived, he’d be on the same path… and might actually be.

Though when we re-watch that initial scene, we actually see that Vincent could have survived since he was shot in the back. Now I’m no gunshot expert, but people have survived worse on this show. And even if it was a headshot, remember the Bond villain in “The World Is Not Enough”. He was shot in the head, survived, and the bullet’s placement made him feel no pain. Also this scene happened right before the Dark Matter wave. The point is, anything could have happened to keep Vincent alive and he has all the motivation he needs to become a… I mean THE Vigilante.

Now there are plenty of other theories floating around out there, but these were the two that best aligned with character motivations and fit what’s been teased by the Arrow cast and crew. That being said, some of the additional theories should be mentioned. Here are those standout theories for further thought and/or laughs:

With Vigilante returning to the show, we’ll have our answer soon and be able to start processing the revelation. For a secret this well-kept, I’m sure there’ll be plenty of drama and critical moments to come. So stay tuned! And thanks again Julia and the members of The Arrow Cave for helping flesh out this article! But which theory do you like best? Sound off in the comments below!

Home » Fandom » Theory Thursday: The Leading Theories On ‘Who Is Vigilante?’