The Flash returned this week and with it a fresh new Theory that has us all a little shaken. So let’s jump right into a certainly unorthodox Theory Thursday and ask: Is Savitar Actually Ronnie Raymond? This of course goes against my original Theory that Future Flash is Savitar, but the more I look at this theory, the more I can understand its evidence. Am I completely convinced? Not at all, but there are some pieces of evidence we can’t overlook.

No doubt the biggest evidence for – and sole reason that – this theory exists is how Killer Frost reacted to Savitar’s unmasking….. unsuiting? We don’t know much about Earth-1 Killer Frost, but from everything we’ve seen of Earth-2 Killer Frost we know she’s pretty much a cold hearted villainess. Yes the Earth-2 version of her did end up helping our heroes out, but was that because some Caitlin still remained in her or was it because of her love of Ronnie?

Since we first saw Ronnie and Caitlin together, we knew they were each others’ other half. The “fire to her ice”. Hell, every time I hear “Don’t dream It’s Over” by Crowded House, I think of them! So if there was ever anyone who could get through to Killer Frost, it would be Ronnie. This would also explain why Savitar was so interested in Caitlin from the start and his acolytes refused to do anything that would help her ‘not be Killer Frost’.

Evidence #2 – Both Firestorm & Savitar Are Connected To Transmutation:

Another surprising key piece of evidence is when you think of Savitar’s story and what Firestorm was originally meant for. As we learned in Season 1 of The Flash – and saw in Legends of Tomorrow – Firestorm was an experiment in Transmutation. Transmutation is synonymous with Alchemy and The Philosopher’s Stone. And oh wait, Savitar supposedly got his powers from The Philosopher’s Stone AND his lead disciple was named Alchemy. Coincidence….. I’m starting to think maybe not!

This has been a key point in Savitar’s identity for a while now. He is someone who has extensive knowledge of the team and seems to know their moves before they make them. So Ronnie would certainly fit this bill, but only to an extent. Savitar has said some things that Ronnie wouldn’t know – such as Savitar’s knowledge of Barry’s time in Earth-2 and Flashpoint. Then again, could Ronnie’s Season 1 Fate actually explain this?

Explanation: How Could Ronnie Be Alive And A Speedster?:

The biggest hurdle for this theory is explaining not only how Ronnie is still alive but also HOW his metahuman powers changed. We the first one is easier. There’s an old saying in entertainment along the lines of ‘if you don’t see the body, they’re not dead’. This is even more true in comic book shows where even the presence of a body doesn’t mean anything – ie: the baddest badass of them all Sara Lance! So when thinking of Ronnie’s fate, we always knew it possible. The bigger question is HOW could his powers change – and what about that ‘first speedster’ mythology? 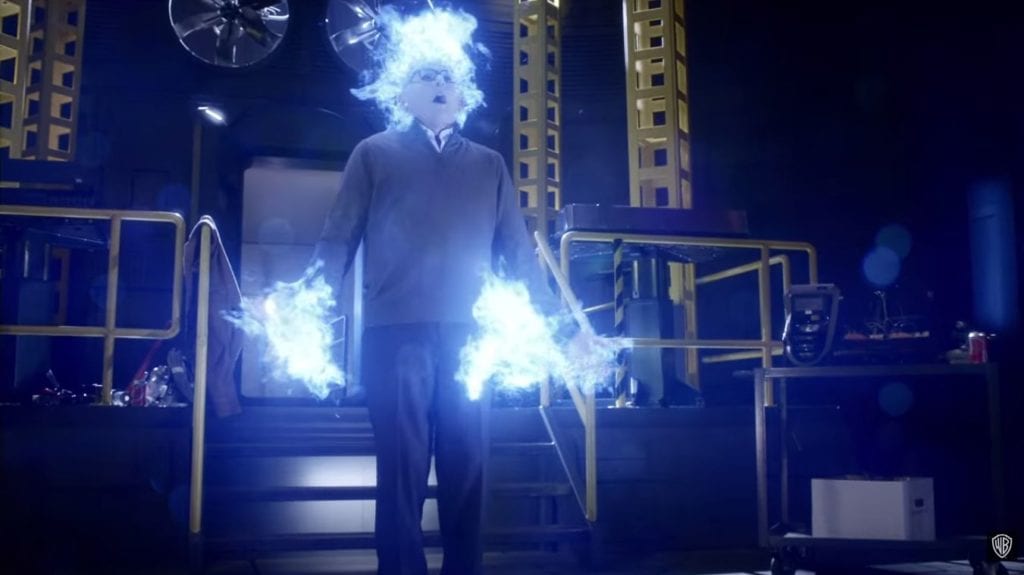 Well first of all, remember what the singularity was: it was the convergence of space and time. It formed a connection between Earth-1 and Earth-2, and who knows what else! If Ronnie got sucked into the singularity, he could have been transported anywhere and everywhere – even the speedforce itself. Come to think of it, the color scheme for Savitar and the Singularity are almost identical! Did Ronnie change powers in the singularity? Or did he get sent back in time and find the philosopher’s stone? Well there’s still one thing we’re forgetting… Savitar is a suit.

As of the moment, we don’t know if Savitar’s powers come from the suit or from himself. And before you ask what’s powering that suit, remember it’s Firestorm. When we saw Martin Stein without Ronnie is Season 2 of the Flash, his powers went wild without someone to bond with – which is why they found Jax. That blue flame is similar in color as the energy Savitar gives off. So could this suit actually contain Ronnie’s unstable energy and put it towards speed force generation? This would also explain why Savitar seemingly can’t phase, but instead uses weaponry to kill. I mean, ***why stab Iris when every other speedster has turned his hand into a literal spear?***

Though despite all these potential explanations and evidence, there’s still some things we can’t explain such as Wally’s fate. We know he’s paralyzed because he fought Savitar but the mental state he’s in is a result of “what he saw that night”. This is in a revenge hunt so Iris has already died. What could Wally have seen that made him like this? The answer is most likely Savitar’s identity and seeing Ronnie wouldn’t do that since the two have never met. This leads me to believe that Savitar might indeed be Wally or (again) Future Flash.

All in all this is a complex theory and there are definite holes in it considering the evidence we have thus far. Though it’s hard to explain away Caitlin’s reaction. There is no one she’s had that strong a connection with unless this is all some sort of an act by her. Or maybe she is shocked to see a future version of Barry. It’s still too soon to tell but we seemingly will find out next week!

So place your bets and stay tuned for next week’s episode of The Flash!