This week’s episode of The Flash gave us a lot to dissect as we not only got some of the answers to “Who Falls, Who Betrays & Who Suffers” but also seemingly to “Who Is Savitar”.

After hearing Savitar’s speech, a new theory started to form – a theory I didn’t think would emerge until next Season. Though with some hints being set up last week, it could very well be that the Future Flash storyline isn’t coming but rather is already here! So this week we’re asking:

Now for those who don’t know, Future Flash is actually a version of Barry Allen from the future who decides to go back in time and kill his enemies in order to prevent the death of Wally West. Additionally, it’s important to note that Future Flash exists after Flashpoint happened. Now if Savitar is actually “Future Flash” then the writers have certainly taken some liberties here; but many of the comic ideas and episode evidence does support this.

Potential Evidence #1 – Savitar’s Knowledge Of Every Reality Barry’s Been To:

We already know that Savitar knows all about Flashpoint, but this episode he also brought up the time Reverb told Cisco he could be more when they traveled to Earth-2 in Season 2. How could Savitar be there for that specific moment?

Again, is this “I am the future, Flash” or is it “I am the Future Flash”? See, this is why commas are important! And no, I don’t trust closed captioning – I blame Arrow for my trust issues lol But either way, this is either an odd phrase or an admission of identity.

If Savitar is indeed a future version of Barry – or rather a perverted time remnant, then it makes sense that literally only one of them could live. We’ve seen Zoom’s time remnant hunted by the Speed Force and more recently on Legends Of Tomorrow we’ve seen Reverse Flash hunted by Black Flash for being a time remnant himself.

How many times have we heard a character say that Barry is his own worse enemy. He’s always the one to shoulder the blame for the loses around him and everyone from Joe to Oliver has pointed this out to him. So having Savitar ACTUALLY be him would be a great way to really bring this point home. 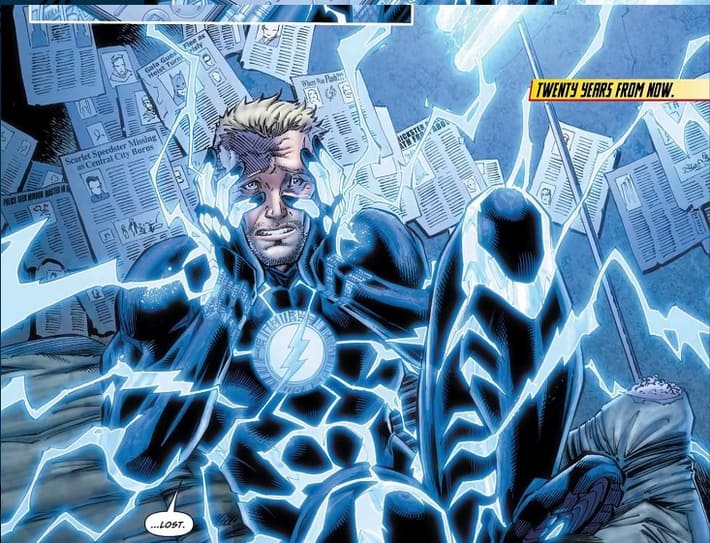 What if Savitar knows Barry will never get over this because he (Savitar) has never been able to get over this. What if Savitar/ Future Flash is still burdened by all his losses and that’s why he turned into the villain. Even worse, imagine learning that HE eventually becomes the one who kills the love of his life. He is literally creating himself by murdering his love in front of his younger self eyes and the revelation of who the killer is would certainly break Barry – much like how Reverse Flash originally wanted to be Barry’s friend until he found out he was destined to be his enemy.

This entire season has been about trying to dodge your future; but sometimes the more you avoid your future, the closer you get to it.

Last week we heard Barry grapple with the idea of killing; but we quickly heard how killing changes you. And you’ll go down the road to doing darker things. This is of course the story of Future Flash in the comics and would certainly explain the current situation. Though what Savitar warned Barry of sounds a lot like what Zoom wanted to accomplish.

Zoom wanted to kill Barry’s dad in front of him to make him “just like him (Zoom)”, but as I said earlier, Savitar taking away Iris could be that final breaking point. It could bring about the worst in Barry. After all, Barry trying to avert this fate hasn’t been the best of people as it is. He’s put his needs in front of others multiple times. In fact this whole season kicked off with the biggest example of that. In a sense, Barry is “cruel” and “selfish” – or at least that’s what his inner doubt would call him. Perhaps Savitar sees Barry as “cruel” and “selfish” because he was too weak to kill before; and if Barry had started killing sooner maybe he wouldn’t have lost so much.

With each step Barry has taken, he’s gotten more and more desperate and thus closer to becoming Savitar. Maybe one day Barry wakes up and realizes how dangerous he is – changing history and time to suit his own needs – and traps himself in the Speed Force. After an eternity in the Speed Force, his mind’s been warped and maybe he sees himself as two different people. We don’t know what happened with himself – or another version of himself -; but right now there’s so much evidence building for a traumatically heartbreaking reveal. There were two big attempts to unmask Savitar this episode and neither worked. So unlike Prometheus on Arrow, the Savitar reveal is going to be even more shocking. 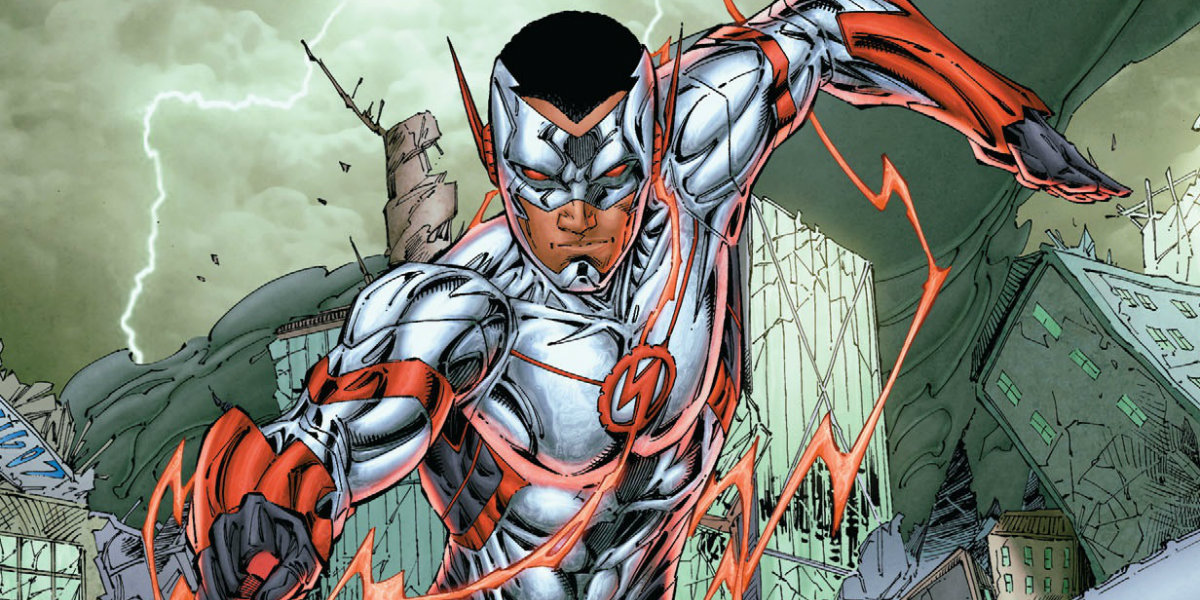 Much like in the comics, it seems like the best bet to beat Savitar/ Future Flash is for a supercharged Wally to emerge from the Speed Force. Or Future Wally is Savitar…. And by locking himself in the speed force at an earlier date, he’s sealed his fate? THAT might be a Theory for another time. Right now let’s just breathe easy in the fact that Caitlin and Cisco are SAFE! Well… Caitlin seems safe, there’s still that risk of Cisco going all Reverb in that destined showdown with Killer Frost.

At the time of writing this article, I missed two key items of evidence. Well actually one key item and one REALLY cool nod to the reveal. The first has to do with the message Future Barry sent the Legends of Tomorrow earlier this season – which was also brought up in the Christmas Crossover. Future Barry said to not trust anyone, not even him – which should have confirmed everything RIGHT THERE for us.

The second is a really cool nod from the writers that’s so good, I actually want to go high five the Flash Writers room for it. The Season kicked off in Flashpoint with Reverse Flash asking Flash “Who’s the villain now”. Well this season explored precisely that!