In October, a Los Angeles Superior Court judge ruled that disgraced movie producer Harvey Weinstein will have one fewer witness at his new trial. The original plan was for prosecutors to call five “prior bad acts” witnesses, who would testify against Weinstein and corroborate the other women’s claims at the center of the case.

The “prior bad act” witness anonymized as “Miss I” has now declined to appear in court, but it appears that the prosecution was prepared for this and had a replacement waiting in the wings. The request to call this new witness was rejected by Judge Lisa Lench because her testimony was deemed too similar to other witnesses. 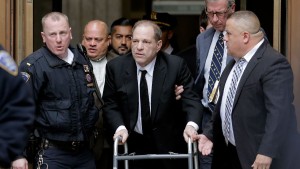 The judge also stated that the prosecution is not permitted to call Lauren Sivan as a witness. Weinstein is said to have masturbated in front of Sivan at a restaurant, but the court ruled that her evidence was irrelevant because this event was so similar to others.

The court denied both motions, finding that they were untimely filed and lacked foundation. The defense also sought to delay a pre-trial evidentiary hearing to allow the “prior bad acts” witnesses to testify, as well as for access to law enforcement communications records. The loss of a witness is nothing to celebrate for the prosecution. Weinstein is facing 11 counts of rape and sexual assault in Los Angeles County Superior Court. Model and actor Ambra Battliana Gutierrez, who became known as one of the first women to bring charges against Weinstein in 2015, is a prominent accuser.

The Manhattan District Attorney’s Office declined to press charges, igniting a firestorm when the scandal went public in 2017. As a result, this will be Gutierrez’ first chance to present her case before an audience of strangers.

The jury trial will begin on October 10th.

Home » News » The Witness Refuses To Testify in the L.A. Case of Harvey Weinstein