A new Game of Thrones discovery has surfaced for us to add to the growing list of things we missed throughout our first watch of Season 7. God bless the fans who watch the episodes multiple times and find all of these little clues for us to obsess over for the next two years while we wait for Season 8.

When you have to wait 2 years for season 8 #GameOfThrones pic.twitter.com/tx1LnMporr

If you recall, the penultimate season ended with wight-dragon Viserion completely annihilating a section of the wall at Eastwatch with his new blue fire.

It’s important to note that Vieserion’s wings were decomposed, which means that he is most likely a wight-dragon and should be able to be taken out by fire.

And as if that wasn’t bad enough our precious Tormund was up there!

Although, it looks like he and Beric were smart enough to run along the top of the wall as opposed to down the stairs.

Which would put them hopefully somewhere around here totally safe. So, let’s hope that’s the case and move on to the main part of the article.

Once The Wall is down, the Night King and Viserion lead the wights and White Walkers on the next leg of their journey to Westeros. However, some fans noticed that once the camera went overhead, it looked like they were walking in a very alarming shape. 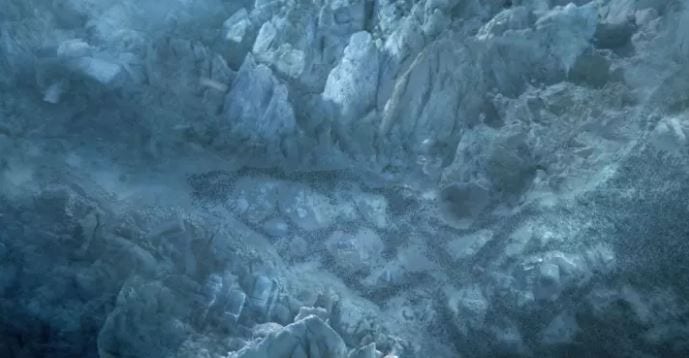 Sure, there’s probably a lot of obstacles in their way, but for a group that has been walking in a giant cluster for multiple seasons, you can’t help but think that this is somewhat deliberate. Well, some fans think that they are actually forming the House Stark Sigil – the Direwolf. 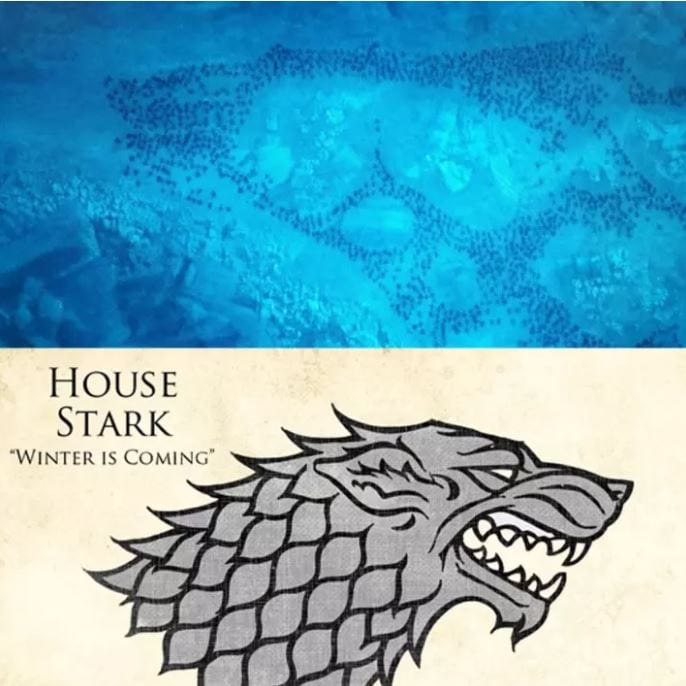 If that is, in fact, them forming a Direwolf, it could be another clue that Bran, the Three Eyed Raven himself, is actually the Night King.

BRANDON STARK IS THE NIGHT KING!
Proof: The Stark Sigil.#GameofThronesS7Finale #GameOfThrones #GoT pic.twitter.com/2U00gGF10u

Do you think that they were forming a Direwolf?

~ More on Game of Thrones ~