Fans of The Walking Dead are in for a massive treat as it was announced today that a limited edition box set is being released this October featuring one of the most epic walkers in the history of the show.

The Special Edition Spike Walker was created by McFarlane toys and features an interactive way for fans to open the season 7 box set. It’s so unique, in fact, that this is easily the box set we are most excited about purchasing in the series’ history.

The special mechanics used to design the box set will put fans into the show as they must ‘defeat Winslow’ to get the Blu-ray box set beneath the mini statue. This will happen when the spike is removed from the Spiked Walker and driven back into his chest. 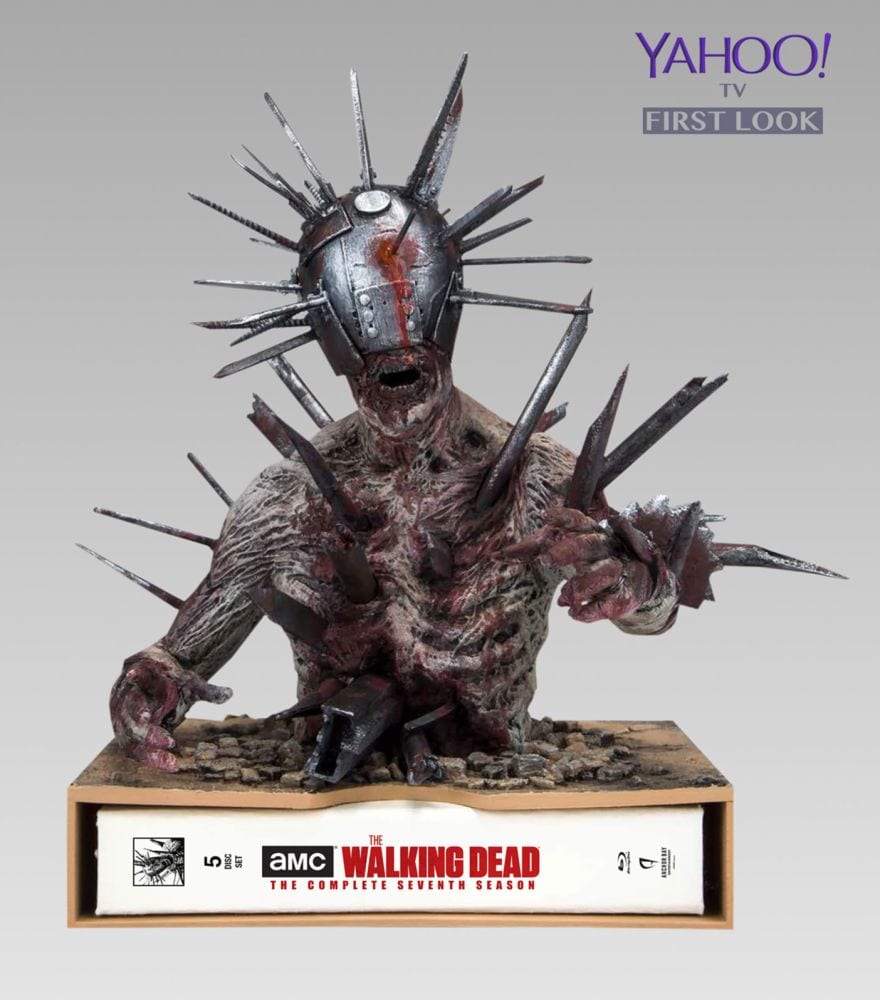 Honestly, how cool is that?

The Limited Edition Spike Walker Statue set is exclusive to Amazon.com and will pay homage to one of the most memorable undead characters in The Walking Dead’s history.

In addition to the awesome look of the box set, cool features will also be included such as the ‘A Larger World Featurette’, ‘A New Chapter of Fear Featurette’, and the ‘In Memorium Featurette’ alongside deleted and alternate scenes and audio commentary.

The Walker Statue set will be available this October just in time for the season 8 premiere and hopefully for Walker Stalker Atlanta so you can bring the set to the convention and get it signed!