The Walking Dead is headed towards an endpoint at AMC Network.  However, its star, Norman Reedus, who plays Daryl Dixon, isn’t going anywhere. Last week, it was announced that Reedus would star in a spinoff series centered on Daryl Dixon and Carol Peletier. According to Deadline, Reedus has also signed a two-year first-look development deal with AMC that may also have him starring in another role.

Reedus is developing a series adaptation of Aftershock’s comic Undone By Blood for AMC. The comic is written by Zac Thompson and Lonnie Nadler.

Undone By Blood is set in the early 1970s, where Ethel Grady Lane returns to her hometown of Sweetheart, Arizona with one thing on her mind: killing the man who murdered her family. But first, she’ll have to find him. As Ethel navigates the eccentric town and its inhabitants, she learns that the quaint veneer hides a brewing darkness. She has no choice but to descend into a ring of depravity and violence, with her only ally an Old West novel that follows famed gunslinger Solomon Eaton. As both stories unfold simultaneously, a love of fiction informs choices in reality, for better or worse.

Reedus will executive produce through his new production shingle “bigbaldhead” and will likely star in the series.

“It has been a dream of mine for so long to be able to share and tell progressive stories that shine a light where others don’t,” Reedus told Deadline. “I feel incredibly privileged for the opportunity to amplify innovative voices in storytelling that are visionary in fostering change in culture,” he added of the creation of bigbaldhead. “I couldn’t be happier to launch this company alongside AMC and Blackstone Publishing” 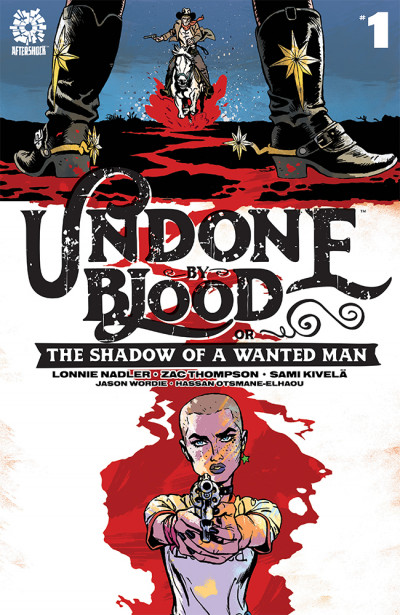 Having negotiated an approximately $20 million a year contract for TWD in mid-2018 and with Season 5 of Ride set to hit the small screen next year, Reedus is everywhere at AMC and they love him.

“Norman has been an indelible part of the AMC family for more than a decade, across both scripted and unscripted series, on foot and on wheels, and we’re thrilled to expand our relationship with such an incredible talent,” said Dan McDermott, President of Original Programming for AMC Networks’ Entertainment Group and Co-President of AMC Studios on Monday.

“Norman brings an unparalleled passion and dedication to everything he is a part of and we could not think of a better partner as we continue to seek out bold and highly entertaining new stories for viewers,” added AMC Networks CEO Josh Sapan “I always tell people I have the second-best job at the company, right behind being Norman Reedus.”

The Walking Dead returns on October 4 with its Season 10 Finale called, “A Certain Doom.  What do you think of Norman’s new show? Let us know in the comments below!