The Walking Dead star, Chandler Riggs, was injured in a horseback riding accident last week after falling off and suffering a concussion. Riggs went to Twitter to share his story and that he suffered memory loss after the accident, including not knowing what year it was.

“No stream today, trying to get my mind back on track. I feel a lot better but I still forget a thing or two from time to time.” Riggs continued, “it’s so weird hearing about what I was saying or doing after it happened. For hours I had no idea what year it was, how I got there, what happened, etc. and I just kept asking the same questions over and over again just to immediately forget the answer.”

Chandler’s mother, Gina-Ann Riggs, shared the news of Chandler’s injuries and accident this past Thursday. 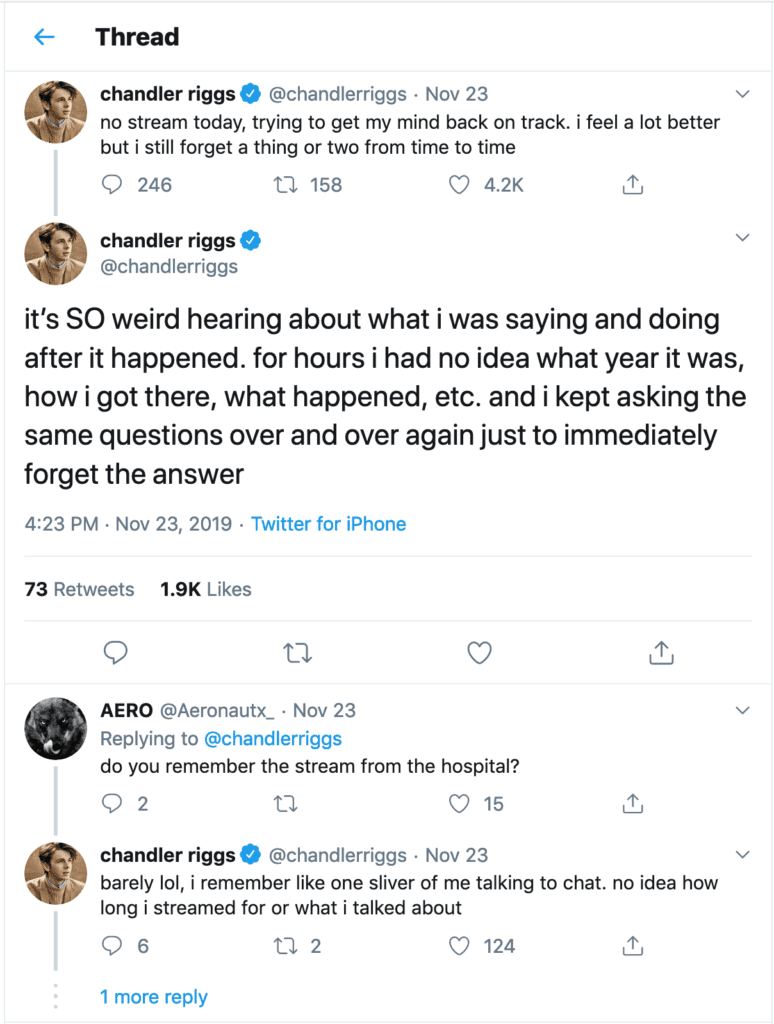 Chandler recently made an appearance on AMC’S Talking Dead, following the episode in which Saddiq, played by Avi Nash, was its central focus.