The Walking Dead: World Beyond is back, showing us the desperation of survivors. 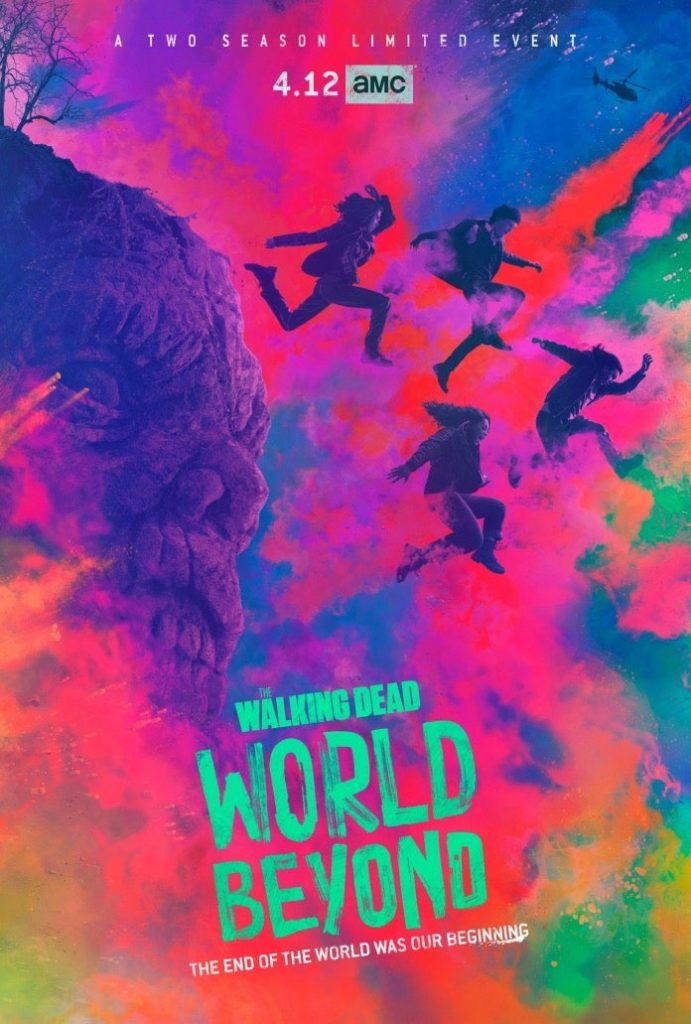 The episode opens up with Iris presenting the end of the world as a kind of fairy tale, “once upon a time” and all, and then brings us to where we left off. The group is facing off with some unknown man. Unfortunately for him Felix sneaks up on him from behind and forces him to drop the weapon. Silas and Elton check the perimeter while Iris searches the assailant.  He claims to be alone, that he was taking a piss when he heard them. He says he has nothing on him and he’s alone, which Elton confirms. He refers to himself as Percy and the group offers him food.

He tells them how he was robbed upon entering a settlement he heard was friendly to newcomers. He left in a hurry and when he woke up his stuff was gone. He’s heading to Amsterville to take his stuff back, even though Felix tells him to be grateful he should be alive. Percy says he needs what was taken though, that what was taken was irreplaceable.

Percy tells the group a story of how he avoided a herd of bison around the fire, which is how he decided to live in this world. Hope calls him out on his story, finding lies within. It was his car that was stolen, not his food. He had a truck that was carrying refined fuel but Iris thinks they should help him get the truck back. In exchange, Percy will drive them where they have to go. The group debates it for a while but Felix convinces him to go along with their plan. 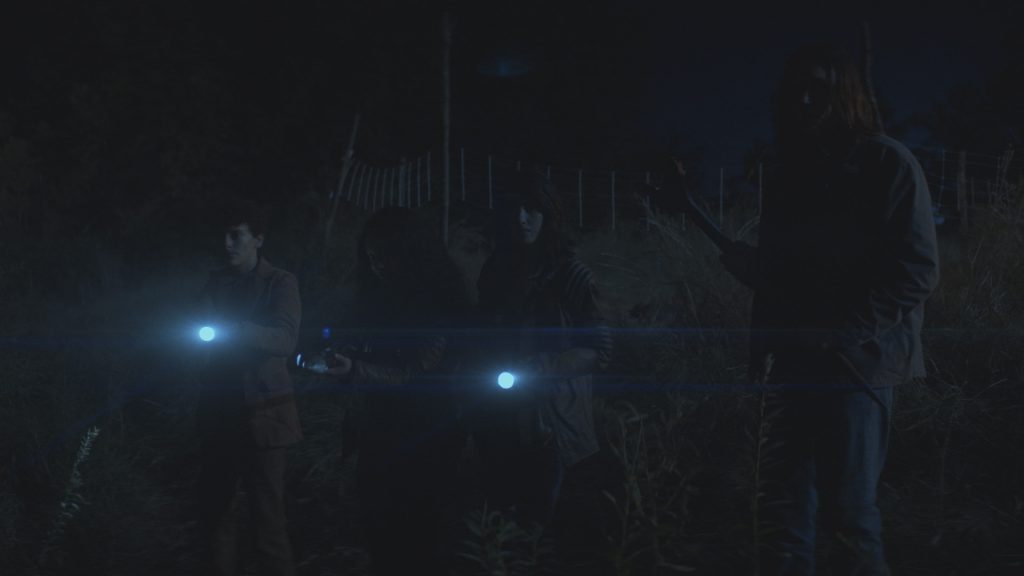 On the walk, Hope asks Elton about his mom, who we find out she killed the last episode. They chat about the book and how Elton hopes it helps his mother never be forgotten. Iris and Percy spend time bonding on the walk as well, even telling him they’re looking for her dad. Silas admits he doesn’t like Percy to Felix.

The group reaches the abandoned town and sees the truck rolling by. Percy confirms it’s his and they go after it. They debate the best method to grab it, with Silas thinking they shouldn’t do anything at all but Felix and Percy head in any way. They find Tony, the thief, dead in the truck. His hot wiring plan goes awry when they find the thieves made the truck hot wiring proof.

Felix insists on heading in, telling the others they can leave if they choose. Felix wants to leave but Iris insists on helping. The group splits, Hope and Elton head with Felix after Percy. Felix joins Percy in a building and they prepare to ambush the thief.

While this goes down Iris decides to go in regardless of her promise to Felix. Silas sends Iris through a back way so that Hope doesn’t try to stop her. Iris infiltrates the building from the back. She tries to ambush someone but comes face to face with Percy. They head upstairs together after being spooked by a walker.

Outside, Hope and Elton talk about Hope’s dad, leaving her feeling awkward. Hope changes the subject, though. Felix, meanwhile, comes face to face with a Walker and eliminates it while Iris and Percy head upstairs. They find an empty room with a still-burning cigarette. They search the clothes inside for the keys and Felix finds them. As they’re leaving though they spot Felix’s stuff. He sends Iris ahead with the keys and he goes after his stuff. All we hear is a struggle then a gunshot. As Iris is escaping she decides to turn back to help Percy. 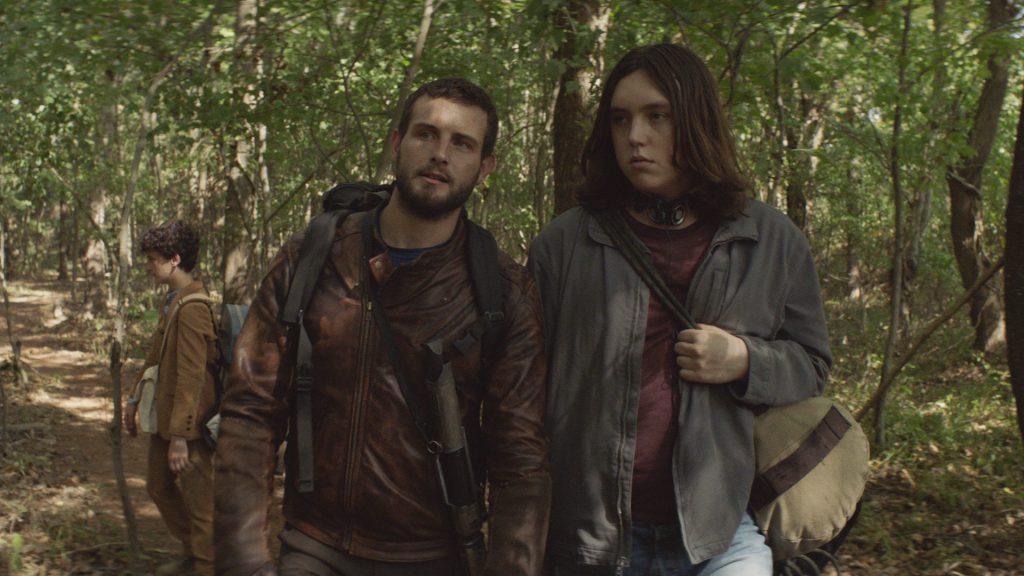 The others who heard the gunshot grow concerned.

It is then revealed the whole thing is a trap. Tony was never dead, and he gets up and grabs their stuff. The truck drives off with Elton’s book. Iris finds Percy running away and gives chase. Iris ends up trapped in a dumpster with a couple of walkers and Hope unable to do anything standing outside it. The group eventually reaches it and Percy returns to save them. They all get in the truck and drive off.

They all debate what to do with Percy and Tony as they hold them up. Though nothing is decided they all hang out back at camp while Tony does illusionist tricks to entertain. Percy claims what they do is how they get what they need without hurting people but Iris isn’t impressed at all.

Percy joins her by the river where they argue. Iris is disappointed because she thought she had good instincts. Percy assures her she does. He claims she didn’t run with the keys, and this makes her a good person. Percy says he’ll prove he can be more like her.

Hope approached Elton and says she’d like to read his mom’s book some time. Elton is glad because he thinks this means someone else will know her too. 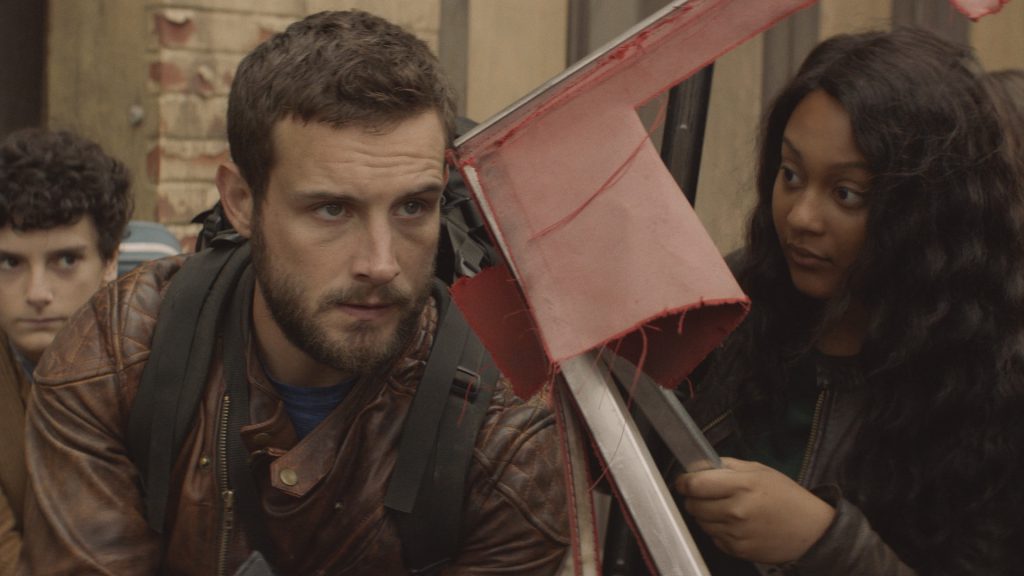 Felix approaches Tony to ask for a ride, and Tony says he intends to honor Percy’s promise. He asks Felix about the symbol on his jacket and calls him out when he lies. Turns out his truck has the same symbol, and Tony tells him the people it belongs to don’t mess around. It turns out they’ve been refueling from their refueling station. Felix assured Tony that that patch can get them out of a bind.

Tony and Percy put on a show for everyone. The show is about the end of the world.