Robert Kirkman, the creator of The Walking Dead, won a legal battle to block a cannabis-themed comic strip titled The Toking Dead.

Benjamin K. Bartlett and Jeffrey T. Homan created the comic book called The Toking Dead, along with merchandise and clothing. The pair were hit with a cease-and-desist message from AMC, the company that produces The Walking Dead.

Bartlett and Homan registered a trademark in 2017.  The Toking Dead is about friends who open a marijuana dispensary, and when everyone mutates into zombies, weed saves humanity! 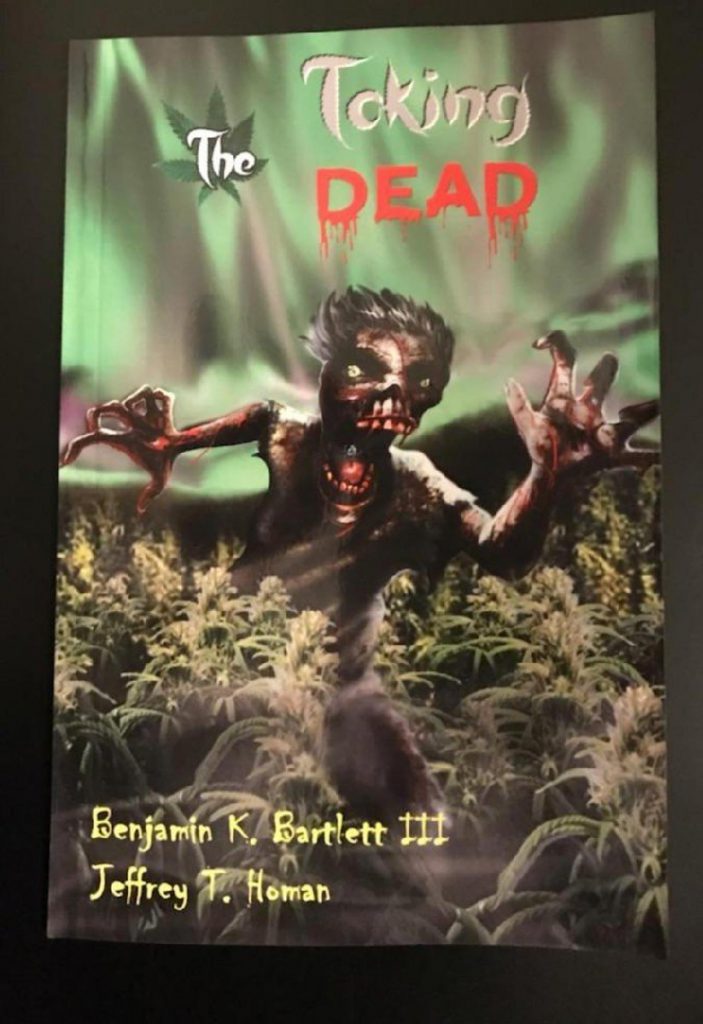 Homan, one of the creators, said, “The Toking Dead, however, is unique in its own right. Combining cannabis with zombies to educate about the medicinal benefits of the plant is something new and different and has never been done before. The originality of the story line itself is something that is being embraced as nothing less than genius. Unlike The Walking Dead and the multitudes of zombie stories and movies available today, it is an adult, education based comedy written to help end the stigma of cannabis. To claim otherwise would be a disservice to all the creative minds out there.”

Even though Bartlett and Homan lost their trademark case, it still appears that the comics are available for sale on their Etsy page.

Next Article: These actors almost played Rick Grimes on The Walking Dead.  One of them actually had the role before Andrew Lincoln and then turned it down.