The Walking Dead came to an end with Rick and Michonne’s return, but the original ending looked and sounded very different but, at the same time, familiar.

In August, long after the series had wrapped, the duo made a surprise appearance in a coda. If they hadn’t, viewers would’ve seen a very different ending that paid homage to both Robert Kirkman’s comic series and the show’s pilot from 2010.

In an interview with finale director and executive producer Greg Nicotero, he revealed that a scene featuring Rick and Michonne was cut from the final episode.

“There was a scene that we had shot, but when it was decided to put the coda in we felt like it would conflict with the Rick and Michonne bit. So we took it out,” Nicotero told Insider.

An individual close to the series later told Insider the “cut scene” was actually the finale’s original ending, which would’ve jumped forward in time. A second individual familiar with the series, who asked to remain anonymous, but whose identity is known to Insider, corroborated the below. 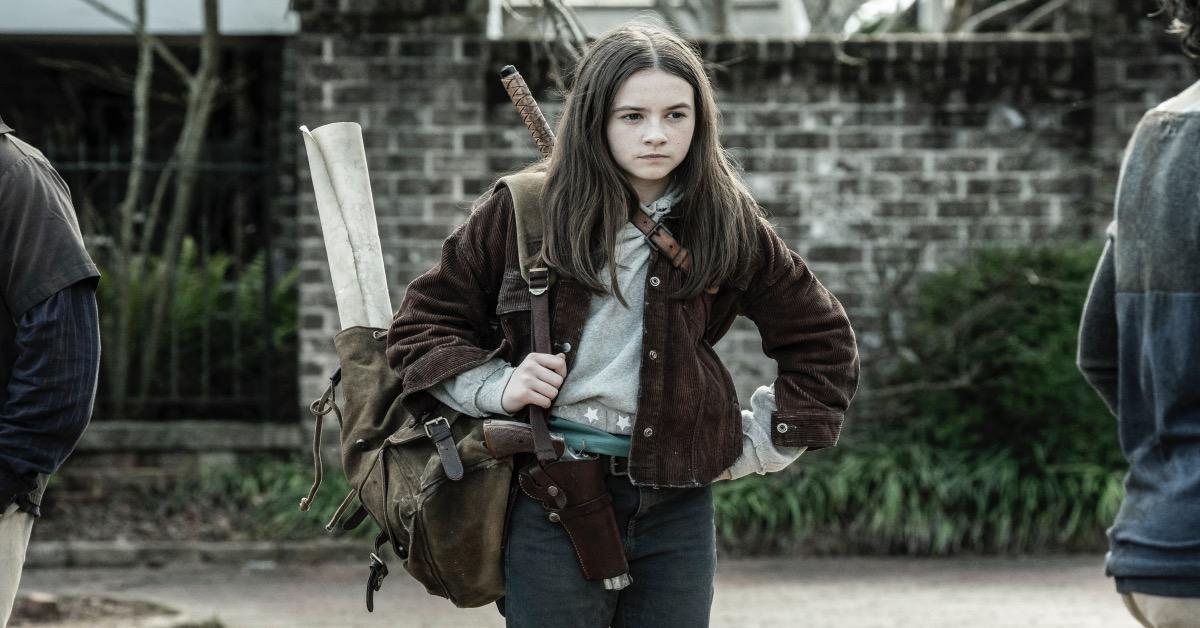 Here’s how the original ending of “The Walking Dead” was described to Insider:

After Daryl rode off, we cut forward to the Freedom Parkway, outside Atlanta — where the iconic shot of Rick rode down from the pilot. See an ethanol-modified van, with a young woman and man in the front seats (in their twenties). And through the scene, we come to realize it’s adult RJ and Judith. Other adult versions of the kids are in the back — Coco, Gracie, etc. They’re out there, looking to escort any survivors back to their communities. Continuing the legacy of their parents. As RJ speaks over the radio, he finishes with: “If you can hear me, answer back. This is Rick Grimes.” (Which, of course, is his name — and the line Rick said in the pilot.) Then we end with the voice of a survivor answering back: “…Hello?”

One individual told Insider they thought the original ending brought things full circle, saying, while “it’s not a ‘universe'” or a “‘world building'” ending, they believed “it was fitting, emotionally.”

A second individual told Insider they believe the original ending “was canned” because it may not have made sense to “end the show on ‘new versions’ of characters we don’t really know.”

A nostalgic end, but probably not the right one

The small narrations from Judith at the beginning of each of the past seven episodes were supposed to prepare viewers for the original ending.

Though the original ending was a homage to the comic book’s jumping forward 25 years, it would’ve lacked an emotional connection to some of other kids in the show.

The original ending to “TWD” probably didn’t feel as strong because it featured new actors instead of the franchise favorites that fans have been clamoring to see. Additionally, a flash-forward with a grown Judith and R.J. may have felt like it limited any potential future stories in the “TWD” universe for those characters.

The show doesn’t just jump a year into the future- it shows everyone coexisting peacefully in one of three different communities. However, it then progresses to Rick and Michonne’s scene together, which seems more like an advertisement for a spin-off than anything else. And if that wasn’t enough, there is yet another cut back to Judith and R.J. in the present day.

The original ending and coda were never going to work together because they would’ve confused viewers by pulling them in two opposite directions.

AMC chose the ending that would get more viewers, even if they weren’t watching live, just to see a glimpse of Lincoln and Gurira.

Neither of these endings are ideal.

One great theory about how the show should end is that Rick gets bitten and realizes he’s been the cure for the virus all along.

Many fans have expressed their desire to see Rick and Michonne reunite with their friends and family at the Commonwealth or Alexandria by the end of the series. A spin-off focused on Rick and Michonne’s journey home could easily be a limited series that would satisfy these desires.

It’s possible that we’ll see them reunion with the others in one of the spin-off communities eventually.

Home » Television » The Walking Dead: The Original Series Finale Ending Revealed, Which was Canned by AMC