The Walking Dead is no stranger to the world of video games! Some time ago a brand new one, The Walking Dead Survivors, was announced. Elec Texhnology is teaming up with Skybound in order to release the game to mobile devices. The game, set in The Walking Desd universe, will be released in April 12th, meaning the game isn’t even that far away! If you want you can actually pre-register for the game and check various social media sites to get extra rewards until the game release’s. the Walking Dead Survivors will be available on both Android and IOS. 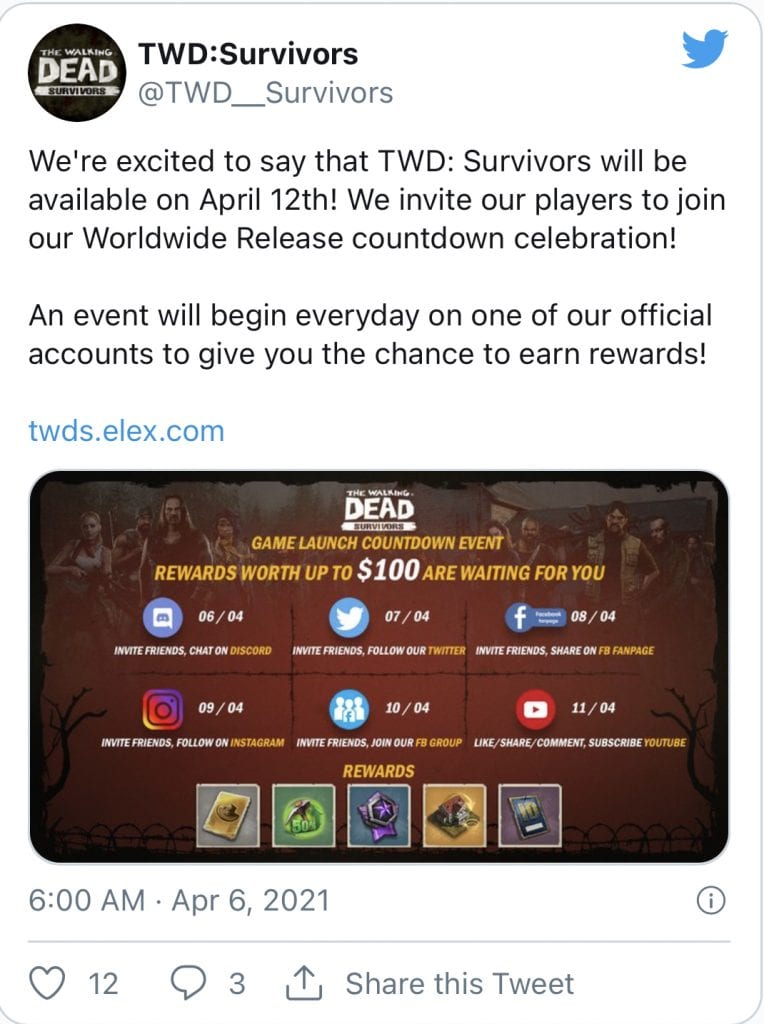 The announcement for the game’s release date came Tuesday morning through social media. The Walking Dead Survivor’s release date was revealed along with several of the rewards you can obtain. By inviting others in social media and by sharing videos related to the game you can earn a whole bunch of in-game items. These items will give you a boost and help you out when you’re just starting out!

“Do you have what it takes to not only survive but to thrive in a world swarming with Walkers?Experience the world of The Walking Dead by crossing paths with iconic comic book characters like Rick, Michonne, Negan, Ezekiel, and Glenn. Battle hordes of Walkers and fight the living. Visit fan favorite locations as you explore the vast universe that is The Walking Dead.” Reads a preview of the game on the Google Play Store.

Those aren’t the only characters you’ll be seeing though! Characters like Maggie and Beta will be involved too. Each character will specialize in something unique and it will be up to you to assign them tasks. Are they a better fighter? Or will they be better suited building up your stronghold? That’s something you’ll have to decide for yourself. You’ll have to venture out of your own settlement for supplies. Create clans with other players to survive Negan, who is one of the bad guys in the game.

The Walking Dead: Survivors will release for Android and iOS devices on April 12th.