This week, while still grieving over Rick Grimes’ departure from AMC’s The Walking Dead, a little bit of comfort was delivered to my doorstep in the form of The Walking Dead Supply Drop.

If you’re not familiar, The Walking Dead Supply Drop is a quarterly subscription box, and it’s a “must have” for The Walking Dead fans. Boxes are shipped and delivered once every three months and contain fun, exclusive and collectible Walking Dead merchandise all for a totally reasonable price. Each shipment costs $49.99 (plus tax and shipping), and each time a box shows up, it feels like it’s your birthday celebration.

This particular shipment from The Walking Dead Supply Drop was definitely geared towards the current ninth season, and most importantly, our beloved Rick Grimes. Check out the cool stuff that was included in this quarter’s box in our unboxing photos below:

Each delivery comes in a The Walking Dead Supply Drop box featuring a high-res photo from The Walking Dead. This quarter’s delivery shows Rick and Michonne about to fight off some walkers lurking behind a partially opened door. 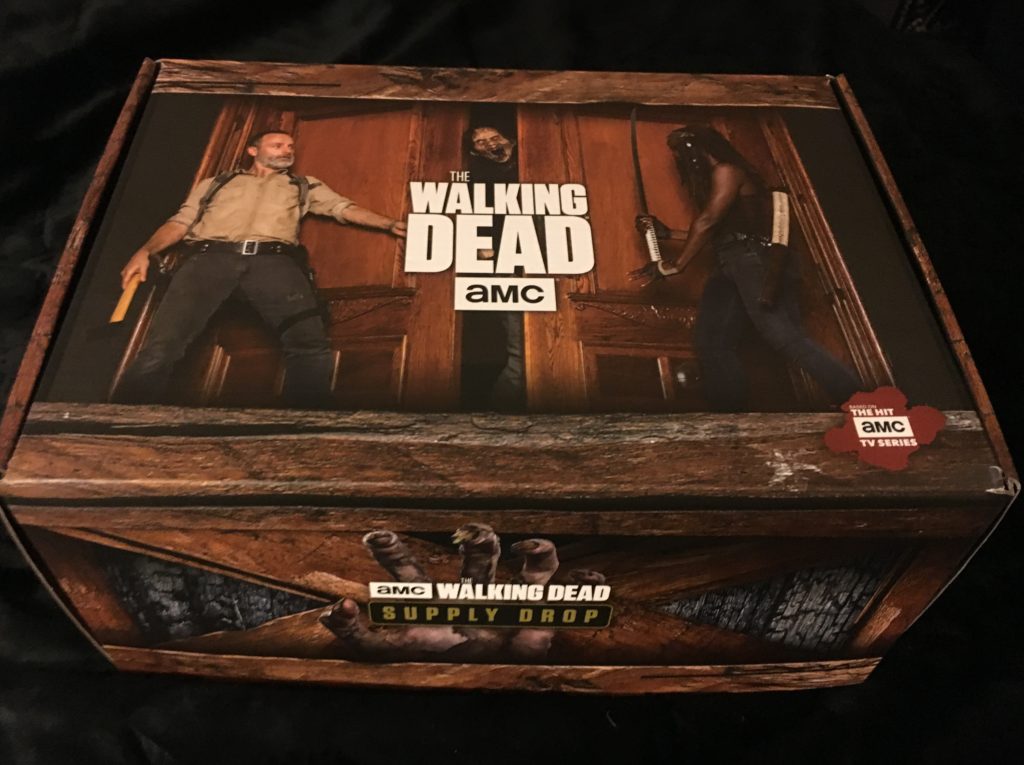 When you open the box, inside, there are tons of goodies and surprises just waiting for you! They also provide you with a description of each item.

Each box comes with a Walking Dead-themed t-shirt, and this quarter’s subscription is one of my favorites so far. The t-shirt features the television show’s season nine key art with leader Rick Grimes front and center. Behind him, we see Michonne, Daryl, Carol, and Maggie ready to take action. 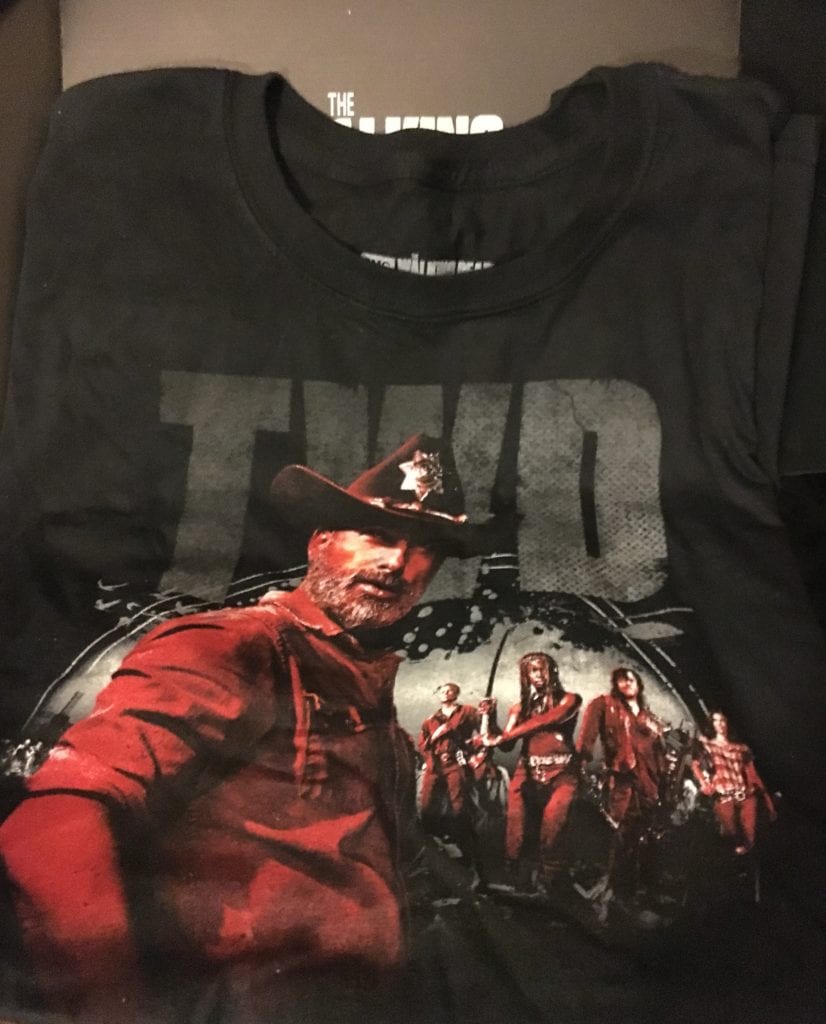 One of the cool items in this quarter’s box is a multi-purpose survival tool. This 11-in-1 pocket-sized tool can be used as a knife, a saw, a bottle or can opener, a wrench and much, much more. It’s definitely a handy item to have even just around the house or in the event that the zombie apocalypse begins. 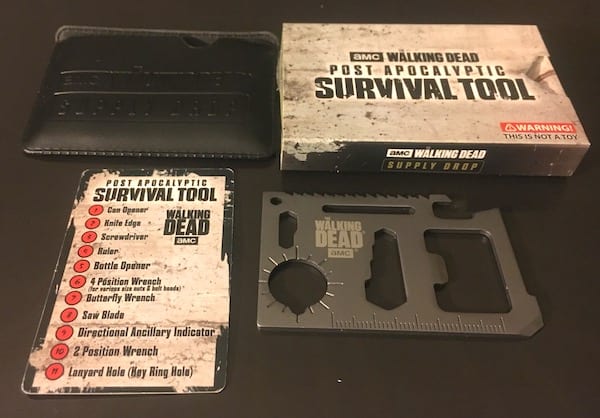 This quarter’s box includes a collectible Rick Grimes enamel pin featuring a quote from season nine, episode three titled Warning Signs. The pin reads, “The future belongs to all of us now,” and also displayed Rick’s new weapon used in season nine while on horseback. 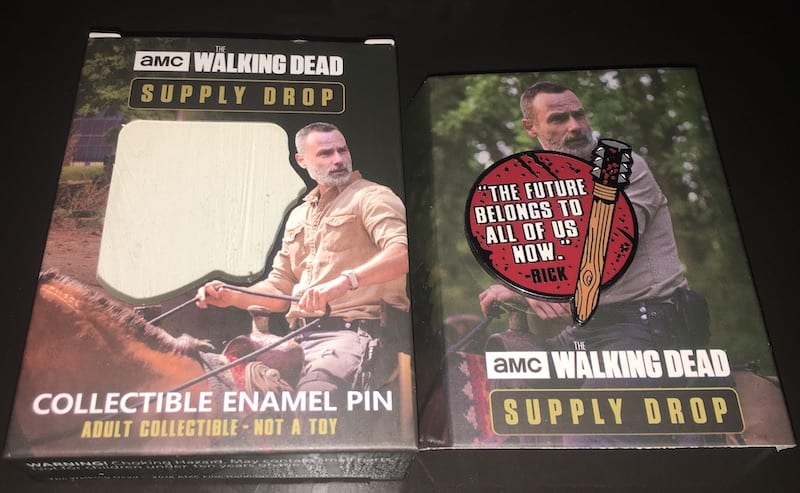 One of my favorite items from this quarter’s crate is this awesome Hilltop collectible stein. The glass stein holds 16 ounces of liquid and features a Hilltop crest on the front.

One of the coolest items in this quarter’s box is this collectible replica script from the season nine premiere episode. Described as an extremely rare exclusive script excerpt, the pages inside a protective binder include scenes from the first episode of the season, as well as a letter and hand-written notations from executive producer and showrunner Angela Kang. 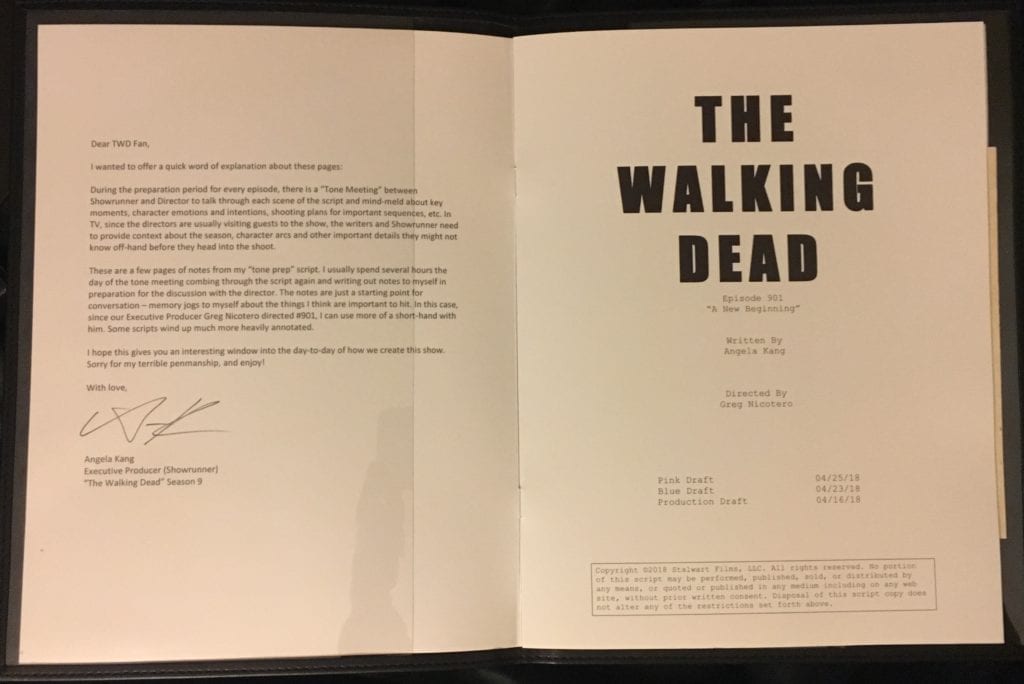 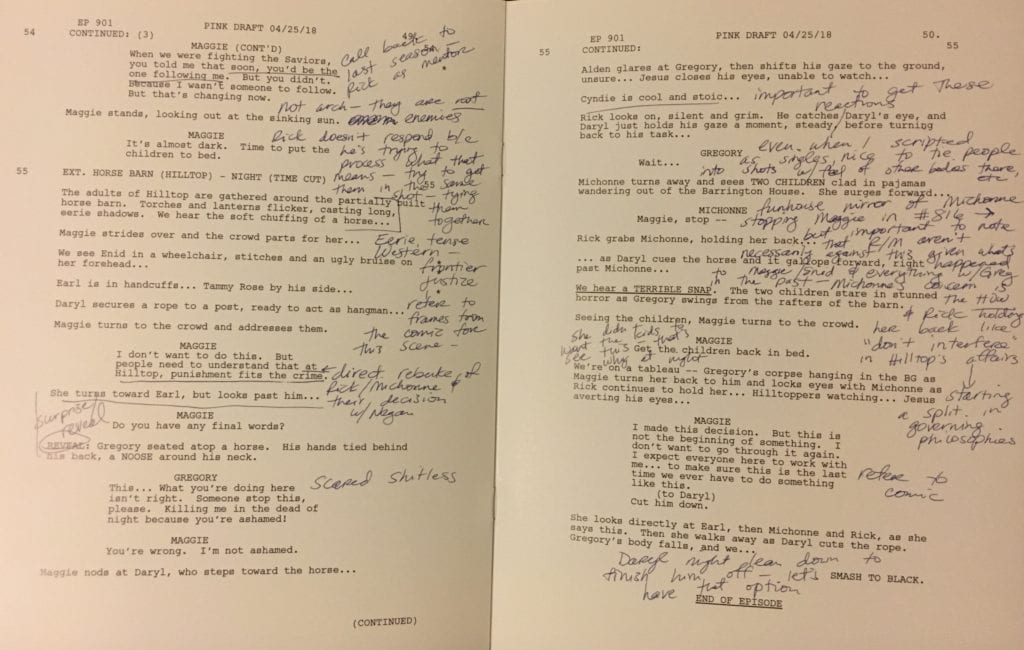 Last, but certainly not least, is the boxes tribute to Rick Grimes – an exclusive season nine Rick Grimes bobblehead which can stand beautifully against the season nine diorama which is included in the bottom of the crate. 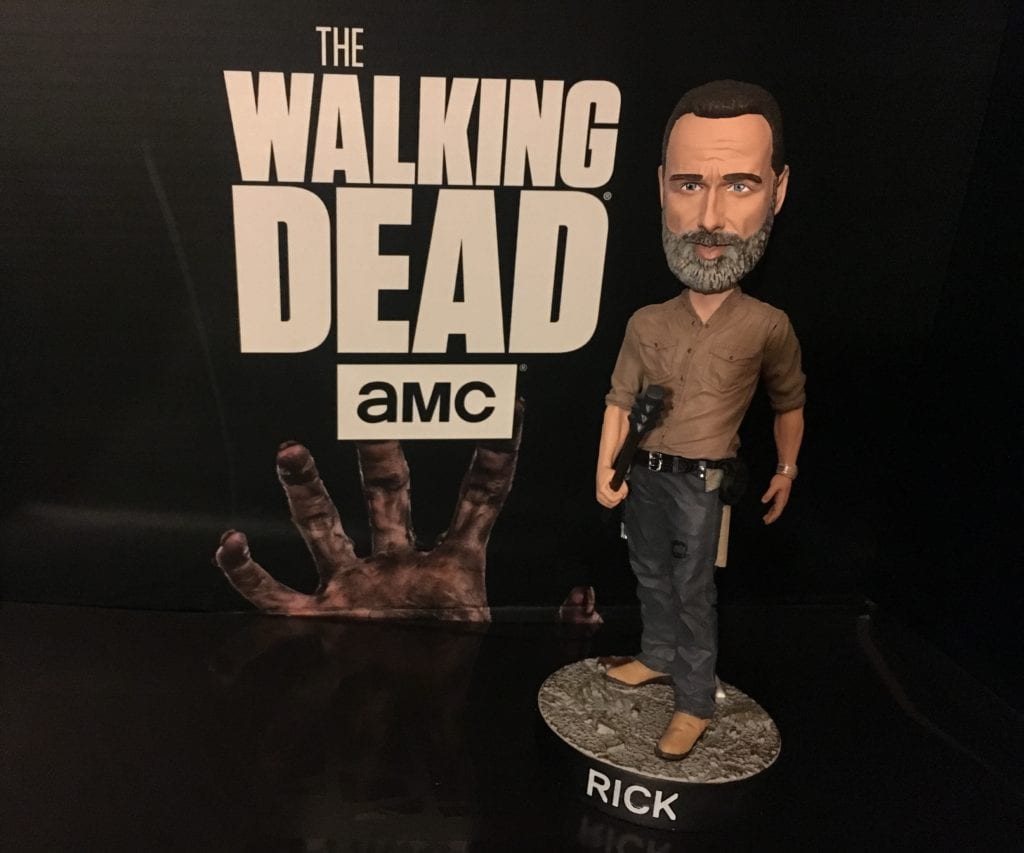 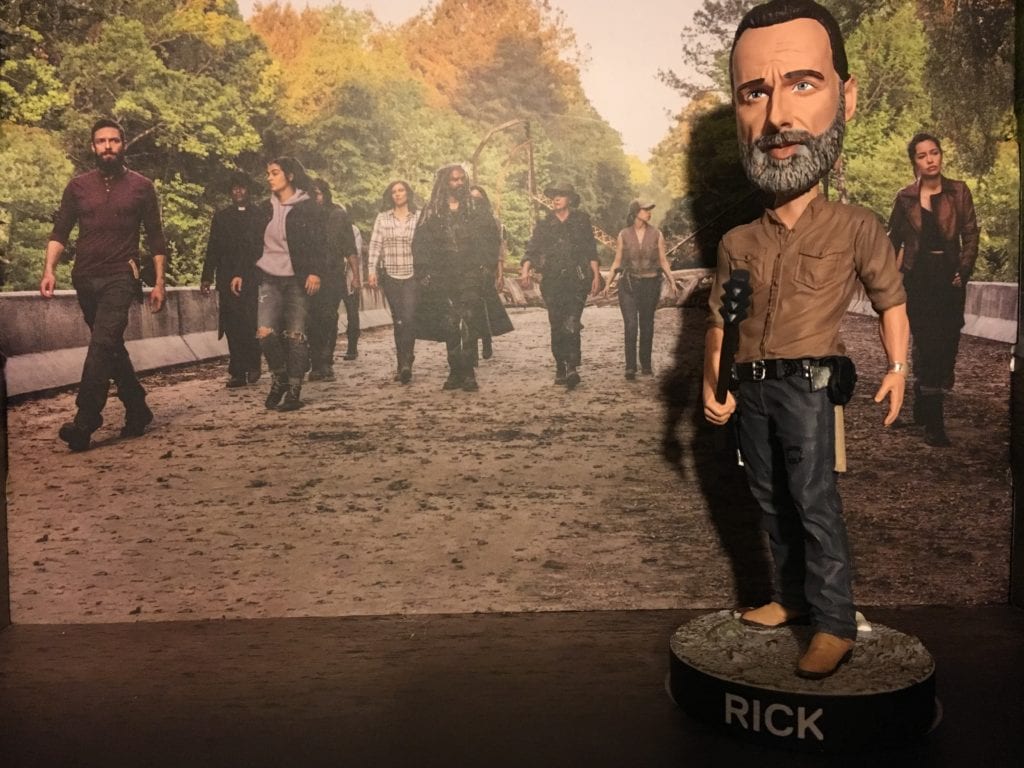 All the items in this quarter’s box were such a welcomed surprised after that highly emotional send-off for one of the greatest characters in television history! If you want to purchase The Walking Dead Supply Drop box yourself, you can do so at www.twdsupplydrop.com.

What do you think about the items in The Walking Dead Supply Drop this quarter? Let us know your thoughts in the comment section below.