Norman Reedus and Steven Yeun to the rescue! The Walking Dead stars were photographed today after the duo came to the assistance of some stranded motorists who had just been involved in a motor vehicle accident.

The accident occurred in Peachtree City, Georgia and, reportedly, Reedus and Yeun were on their way to a filming location nearby. The Spoiling Dead Fans Facebook page originally broke the news however, a local Peachtree City publication, The Citizen, confirmed the accident. While details of the accident are not yet known, it appears that Reedus and Yeun were not directly involved but, had simply stopped to help while passing the scene on their motorcycles. Reedus can be seen on his cell phone, presumably calling for help, with Yeun by his side assessing the accident scene.

As if we couldn’t love these guys any more! This just further proves that these two (as well as the whole cast) are truly amazing human beings. Great job, gentlemen! 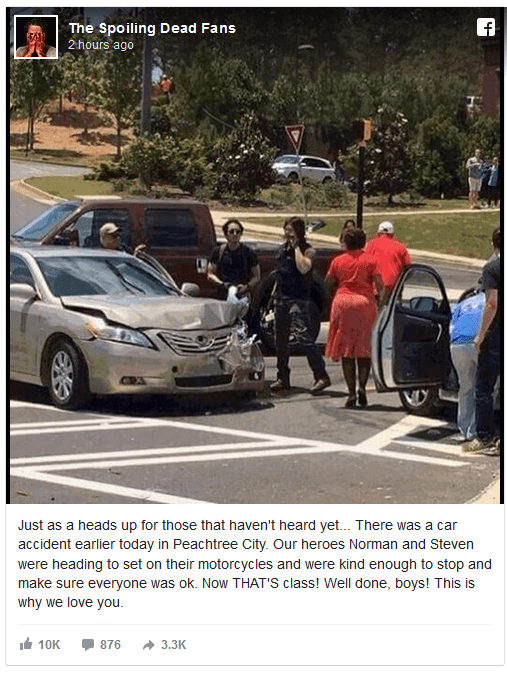