Say welcome to Benedict Samuel! We know this familiar face of The Walking Dead (as most of you know). Deadline already gave some details on the Mad Hatter we’ll meet on the screen.

“Jervis Tetch (Mad Hatter if you didn’t know) is a talented hypnotist teetering on the edge of madness. He arrives in Gotham with an unwavering desire to find his sister, Alice, a young woman who went missing in the city years ago. It is anyone’s guess just how far down the rabbit hole he’s willing to go in order to find her.”

The Mad Hatter debuted in the comics in 1949 in Batman #49. This character is one of the many that Bill Finger co-created. I think this character is so fascinating. Not only is this actually an adaptation from the Mad Hatter we know of the Lewis Carroll book, it’s also such a cool character in the comics! He’s a scientist that uses technological devices to influence and manipulate the mind of his victims. I already saw him a few times in my Batman computer games, which makes me really excited to know they’re bringing him to the series. 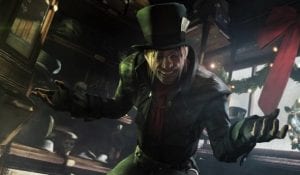 I cannot wait to see how Benedict Samuel will translate Jervis Tetch to the screen. He seems the perfect actor for it. What do you think?

Gotham will return on Monday September 19 on Fox!