For those of you who watched the The Walking Dead Season 7 finale last night, you’ll know that there was one hero who stuck out the most in this episode. I mean, of course Michonne, Rick and crew did an amazing job (as they always do), but if there is one hero we have to thank for the Saviors setback and downfall in last nights episode, it is definitely Shiva, King Ezekiel’s beloved tiger companion.

Just as Negan was about to deliver a fatal blow to Carl as a result of Rick’s ‘betrayal’, Shiva managed to jump in (literally) in the nick of time and save the day; and the Cast and Fan-base of The Walking Dead could not have been more ecstatic. Twitter has been trending since last night with tags such as #ShivaLives #AllHailShiva and #ShivaRules 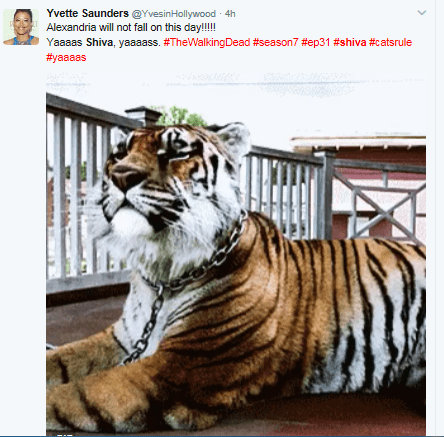 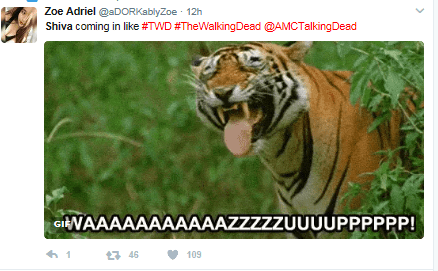 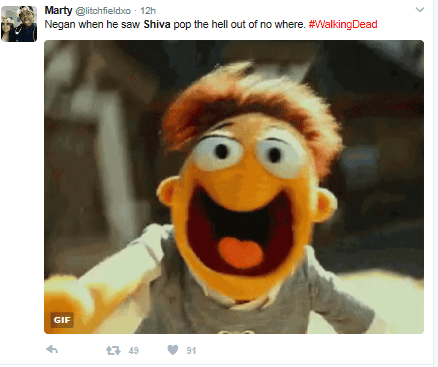 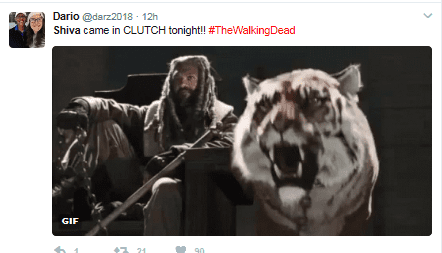 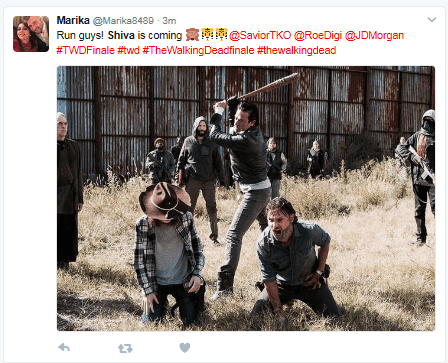 Needless to say, Shiva definitely kicked some serious Savior butt last night! We are definitely looking forward to Season 8 of The Walking Dead this fall; and also to the return of our favorite Tiger. <3

Thank you for saving Carl, Shiva!!